It’s impossible to both support Trump and avoid being a hypocrite, nearly on a daily basis. What was Obama’s sin? Oh yes, he was (50%) African-American (you’ll have to tap Schlapp’s link).

N.A. Place Will Do

This week, Russia, in four years, the scalding hot desert of Qatar, and in eight years the USA. FIFA, the organizers of the World Cup, recognize a grifter and a strong man dictator when they see one. As hosts, the USA is guaranteed to place its team into the tournament, which by then may have 68 teams and four play-in games in Dayton.

Officially, the 2026 World Cup will come to North America, as both Canada and Mexico will also host games (do they also get a free pass?), but from the quarters on, it’ll be held inside the states. Canada and Mexico will each host 10 matches, and the USA 60. The final will be staged at Met Life Stadium in New Jersey, and by then Emperor Trump will be well into his third term. He may even release a few journalists from prison to cover the event.

The North American trio outdistanced Morocco in the voting, 134-65, which would be the score if the USA played Germany right now (with us on the short side).

So, yes, in a prime-time CBS broadcast of the Tony Awards Sunday night, Robert De Niro crossed the line when he said, twice, while introducing Bruce Springsteen, “F*** Trump!” Maybe he thought they were the Tony Montana Awards? 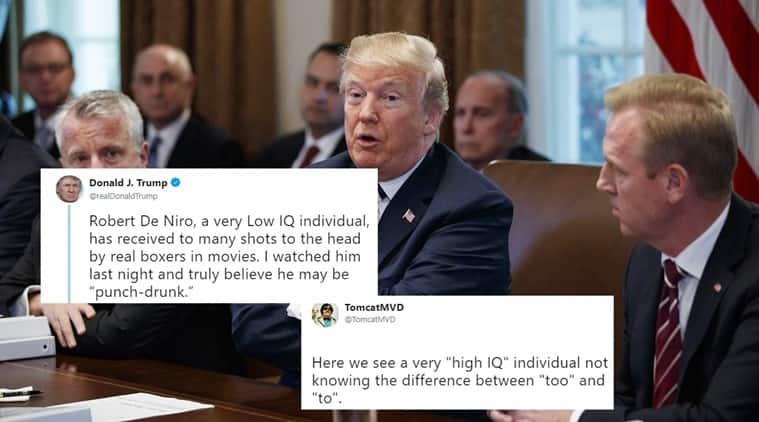 And so you know it was all the President could do to have to wait until his summit with L’il Kim was over to come back at Travis Bickle with a tweet. Alas, in blasting the Oscar-winning actor for having a low IQ, Trump misused the word “too” (he went with “to”) in the very same sentence.* When it comes to Ivy League grad presidents, I do believe we’ve been asking the wrong one for his transcripts.

*Your courageous and forthright POTUS has since deleted this tweet and had someone else grammatically correct it, without of course acknowledging the error or the irony.

Okay, this is freaky, and we wonder if Arnav Kapur isn’t a witch….

Remember when you’d jokingly ask the proctor at the beginning of the final exam, “Will this be open mind?” (okay, we would; we were NOT cool…nothing’s changed). Well, now you can mean it.

We salute you, St. Paul Raccoon (he’s fine and has been released to the wild), Mr. Squirrel and New York Bear family. We really do. By the way, some bloggers whom we won’t mention by name get their rocks off by mentioning whenever an animal KILLS a human. The first thing to know is that unlike humans, animals only kill in order to eat or protect their turf, i.e. their young. The second is that it is we who have invaded their terrain, not vice versa. The hubris of people who don’t have any contact with nature is the first step in the downfall of mankind.

YOU GO, SQUIRREL! This squirrel snagged a bag of Peanut M&Ms from a Magic Kingdom gift shop – then made its getaway with the bag still in its mouth. https://t.co/9FN3kvVMX6 pic.twitter.com/PJCWkmE6Kr

Roomy interior: A mama bear and her cubs were caught on camera breaking into a family’s car in upstate New York. https://t.co/75RDpGMvdn pic.twitter.com/jko6FEj5rP What ESPN or Fox (or even NBC) producer would not want to use this beauty shot?

If I were an attention-seeking, globe-trotting FBS football coach (Jim Harbaugh) with a taste for being the first to plant flags both literal and figurative, I’d want my program to be the first to play in states that have never hosted a game between TWO FBS schools. My guess is that the following states have never hosted such a game (zero research done on this, zero f***s given; I just went Arnav Kapur on my research):

(some would also claim New Jersey, but you know….)

Anyway, the locale that would garner the most attention by far, we think, would be Alaska. So we’ve scouted locations and believe 4,500-seat Anchorage Football Stadium, located in The Last Frontier’s most populous city, would be the ideal site. If I ran ESPN college football, this would be my second BIG IDEA. 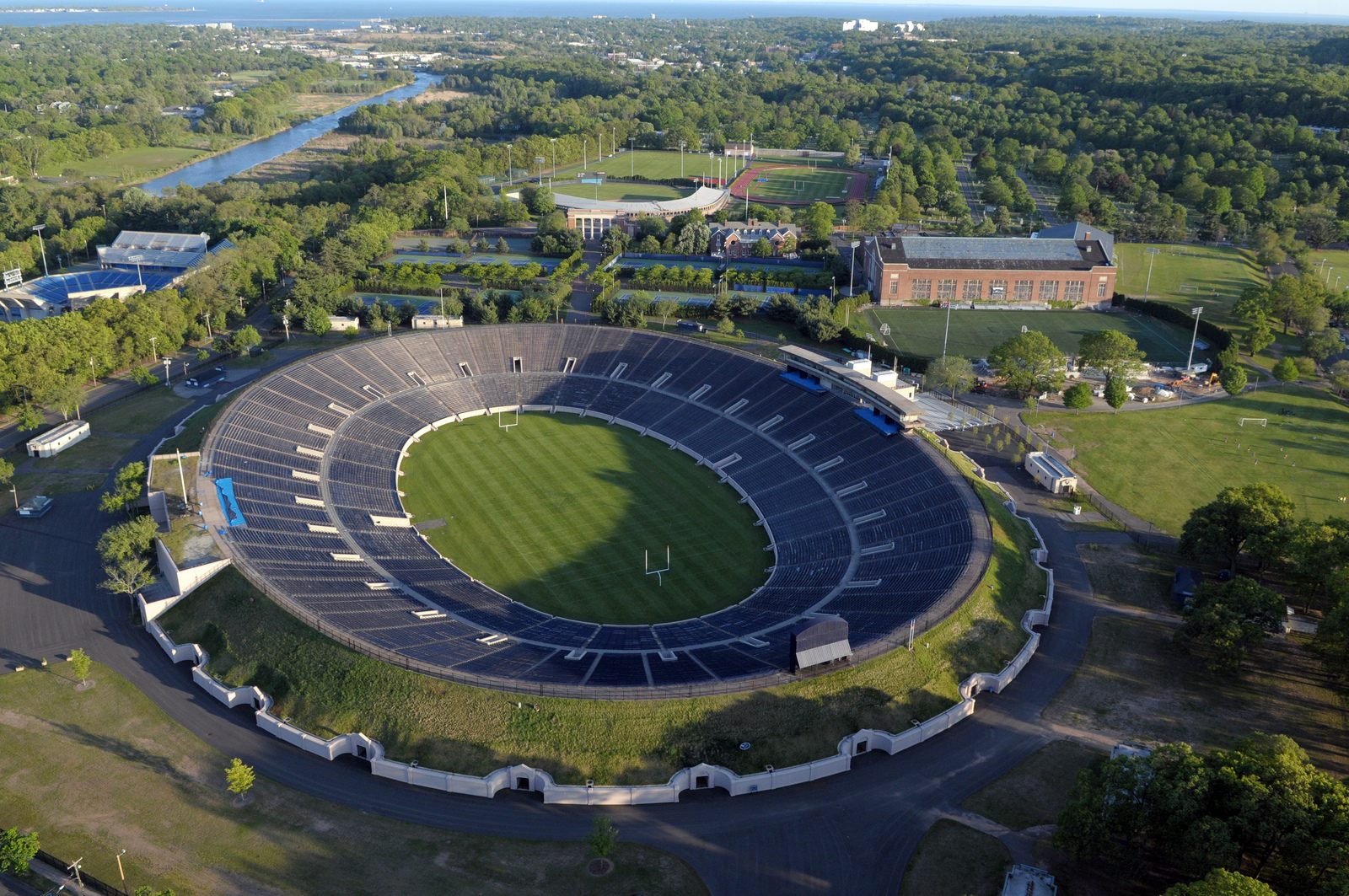 Yale Bowl is heavenly, or if you want to pull out your Ivy League thesaurus, ethereal.

My first BIG IDEA would be the annual Kickoff Classic at the 61,446-seat Yale Bowl in New Haven, which is the spiritual and ancestral home of big-time college football due to Bulldog player and later coach Walter Camp, probably the single-most influential person in the history of the game.

Back to Alaska. So you only have 4,500 seats. Who cares? You’ll always be the first (one of two) schools who ever played in the nation’s LARGEST state. There’s no substitute for being first. I can see Notre Dame vs. Navy here. You? Or Notre Dame-Washington.

Also known as the “Cowboy’s Lament,” this song dates back more than 100 years. Most country artists have covered it, so we left it to Marty Robbins and Johnny Cash to give you a shared rendition. Our favorite version, though, comes from a fantastic early ’70s sports movie that cribs a lyric from it as its title: Bang The Drum Slowly.

A Fistful of Dollars 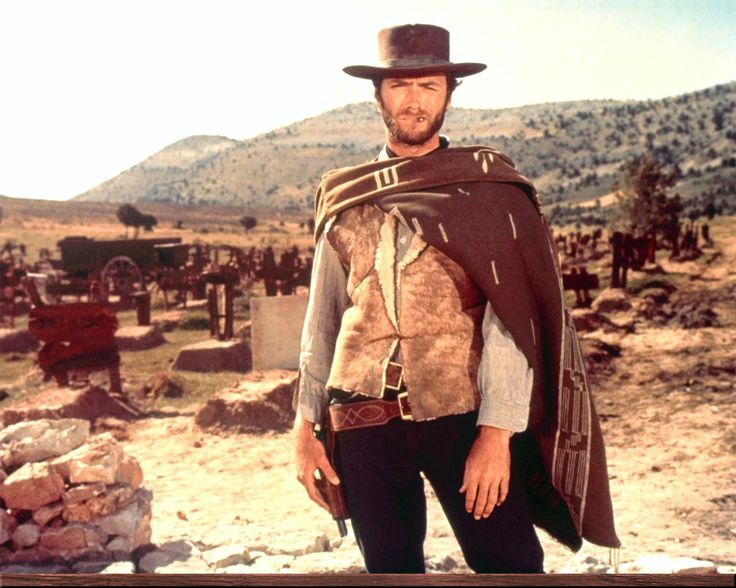 The seminal Spaghetti western, directed in 1964 by Sergio Leone (who did not speak English) and starring, in his first leading role, Clint Eastwood (who did not speak much). Followed this evening by the latter two films in the “Dollars Trilogy,” For A Few Dollars More (10 p.m.) and The Good, The Bad, and The Ugly (midnight). These are the films, set in the American west but shot in Italy and Spain, that catapulted Clint to American stardom.