The Constitution was rigged at birth to hard-wire minority rule. The Electoral College + 2 US Senators per state. The Faustian bargain with the devil: Slavery. We’re reaping the results bigtime. That’s the deep message of “What goes around comes around.”https://t.co/Qy4A1WvvYo

As a mighty breeze (Hurricane Michael) bears down on the Gulf Coast, New Olreans Drew Brees breaks the NFL all-time passing yardage record. The league office on Park Ave. and 52nd timed this one right, putting the game on Monday Night Football (you could extrapolate out back in the preseason when Brees would likely topple the mark), as Brees set the mark on a 62-yard touchdown throw to rookie Tre’Quan Smith in the first half.

Drew Brees was mic’d up for one of the biggest plays of his career and a historical @NFL moment! 🔊 pic.twitter.com/6lQOf9j7Gh

Did Drew Brees just get perfect attendance in fourth grade or set an NFL record? pic.twitter.com/TSKKFEpuwD

On a day that recognizes Native Americans (October 8), the Indians and Braves were bounced from the  MLB postseason and the Redskins were exposed in prime-time. Also, the Chief Wahoo character was retired in Cleveland. The Great Spirit works in mysterious ways.

Hopefully our North-of-the-Border reader, Moose, will chime in if there were any ironic sports occurrences in Canada regarding it being their Thanksgiving yesterday. 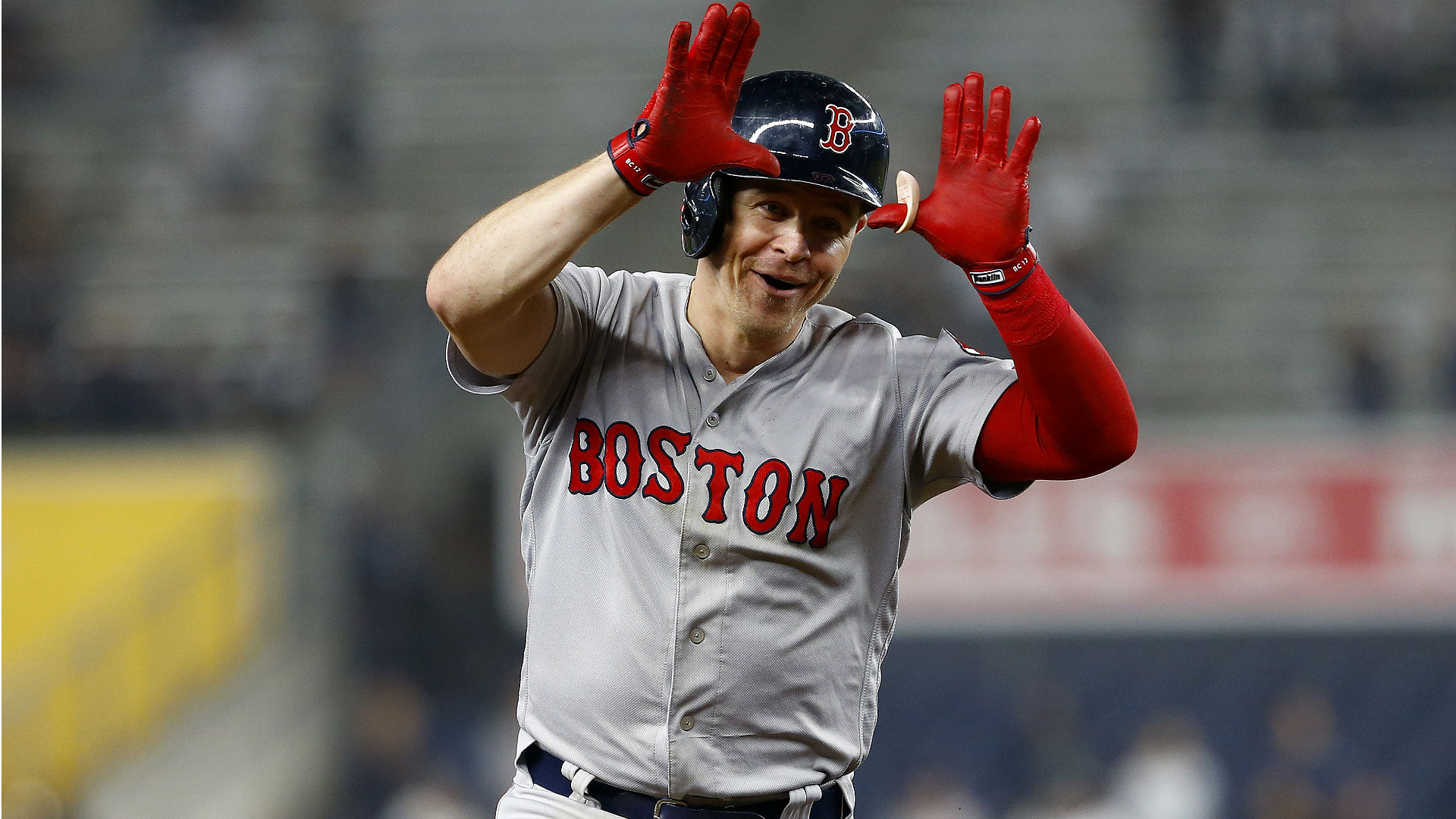 Holt was fired up after his cycle-completing 9th-inning blast, and who can blame him?

Speaking of irony, the Yankees lost Game 3 of the ALDS to the Red Sox by the score of their subway stop. Historic firsts: in the ninth inning the Bombers put in a position player to pitch in the postseason (catcher Austin Romine) for the first time in their vaunted October history and Boston’s Brock Holt connects for a two-run homer, which gave him the cycle, which makes him the first player EVER to hit for the cycle in the playoffs (Rule No. 7). So if you stuck around in the Bronx for this massacre until the 9th inning, you at least got that payoff.

That’s Tierney Wolfgram of Woodbury, Minnesota, and when this 15 year-old sophomore walks into classes at Woodbury Science and Math Academy this morning (assuming she had the day off yesterday because of Columbus Day), she’ll have quite a story to tell: She finished 6th in the women’s division of the Twin Cities Marathon on Sunday, where the finish line is just a few miles west of her front door.

Running her first marathon, the two-time Class I-A defending state cross-country champ clocked a 2:40:03. A Wolfgram is nearly as quick as a telegram. That’s the best junior marathon time in 34 years and the second-best overall after Cathy Schiro’s 2:24:34 in 1984.

5. The Pacific is Already Weird

“I don’t wanna be here anyway” – Steve Kerr after being tossed 😂 pic.twitter.com/QKpINbE9HH

Forget LeBron. The Phoenix Suns of Anarchy fired GM Ryan McDonough (Seans’ kid brother) this weekend, which is kinda weird since he just presided over the team’s top overall pick in the draft. Up the coast, Stephen Curry is receiving preseason technicals when not hitting no-look half court shots and Steve Kerr is smart enough to get himself booted from preseason games that no one has any interest in seeing, anyway.

As for McDonough, he’s made some good drafting decisions: Devin Booker, Josh Jackson and DeAndre Ayton are the Suns’ nucleus (of course, as the largest body of anything in our solar system, the sun has the largest nucleus of anything you really know about), but the franchise has had five coaches in his five seasons. Also, owner Robert Sarver is kind of a dunce. So there’s that.

It was 1979 and Barbra Streisand still cared about being in the public eye. This is her last film + soundtrack that we can remember. This tune was technically categorized as disco and spent four weeks at No. 3 on the Billboard chart. Sure, it’s a cheesy tune, but the woman’s vocal talent is undeniable. If you’re scoring at home, yes, we’ve put ’70s Babs songs in the blog on consecutive days. 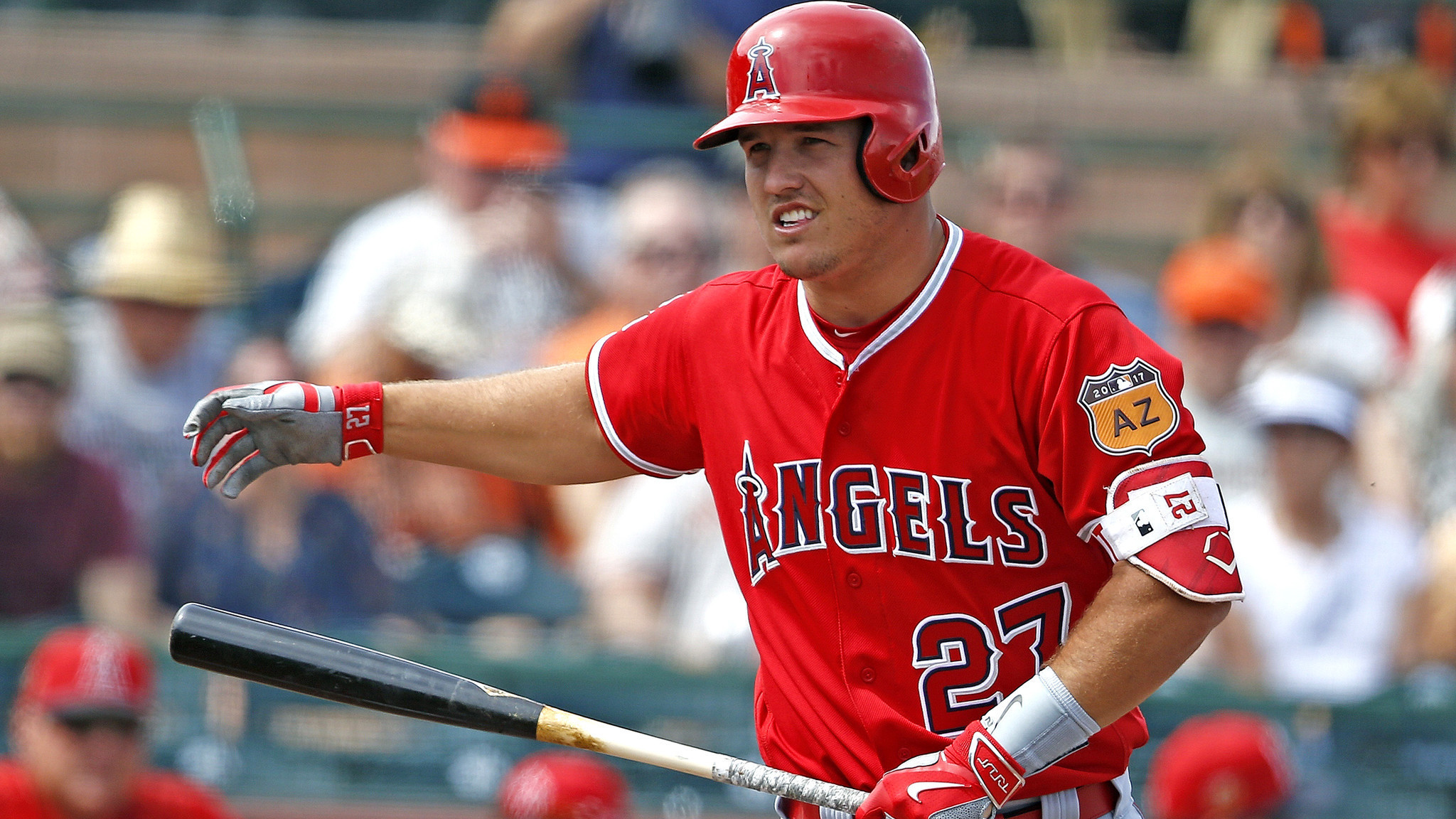 For the sixth time in seven years, baseball’s best player is nowhere to be found in October. Imagine LeBron doing that.

Because it’s all we have before both league championship series, as the other three divisional series  turned out to be total duds. Our “analysis”: Houston has the best team and the Brewers will be the favorite of all who don’t have a rooting interest. Meanwhile, Mike Trout remains the best player in baseball and in seven full seasons has played in three postseason games. Baseball is not basketball.