AP Top 25 College Football Podcast with ⁦@jdubs88⁩ talking college football on TV: GameDay, Gus, Fowler and Herbie, underrated analysts and who is the voice of college football? Is there one? https://t.co/kpNuGLEjXr

The Democrats, after an eight-year absence, regained control of the House of Representatives. The Republicans gained three seats in the Senate, extending their majority. The darlings of October, at least with the liberal media—Stacey Abrams, Andrew Gillem and Beto O’Rourke—all lost. Voter turnout was up over 35% from the last midterm elections.

These aren’t even elections anymore. It’s just city mice vs country mice from here on out. Even in Texas. And the jobs / graduates are only flowing in one direction. Where are we headed?

It’s a culture war and the battle lines have been drawn. I’m not sure how we ever unite over this. The jobs are in the cities, as are the educational opportunities or the opportunities for those who are educated. But there are still plenty of votes in rural America (and Florida, Texas and Ohio), enough to keep the Senate red and enough to win the electoral college. It’s a republic, not a democracy, after all, and Trump and Mitch are playing this game to win. And you might not like their tactics, but they do know how to play this game.

Some of the weirder nuggets from yesterday’s mid-terms:

–Nevada elects Dennis Hof, the rooster from the Cathouse series in which he openly boasted about owning seven brothels in Nevada, to a state assembly seat. The only problem is that he died 21 days ago. Hof is a true HOF’er. Cortez: From concrete jungle to the swamp… 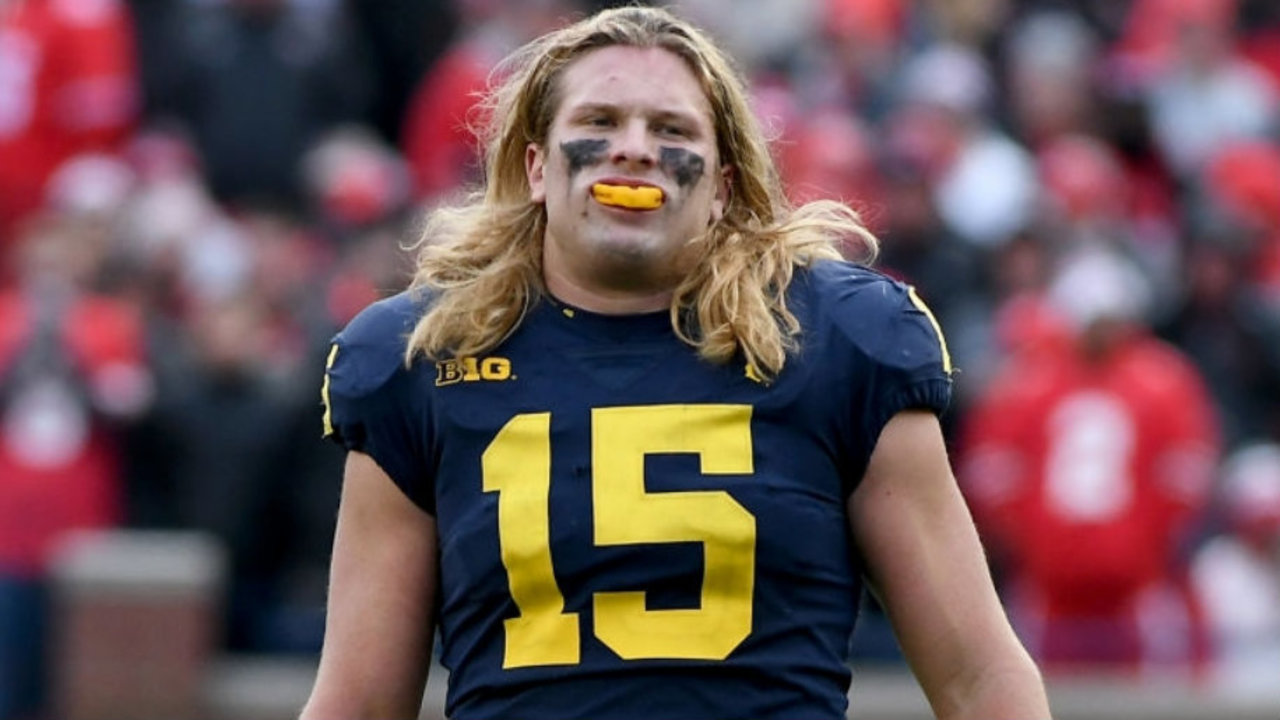 The Selection Committee’s new top four: Alabama, Clemson, Notre Dame, Michigan. We gots no problem with that, but we are curious as to why so many members of the media have fallen in thrall with the Wolverines’ self-proclaimed “Revenge Tour.”

Revenge Tour? The band has only traveled to South Bend, Evanston and East Lansing. Hep Alien did more dates over a greater range. This is only a tour Bob Seger could love.

You’re not really a great team until you win a meaningful game on the road (ask Alabama, 29-0 winners at LSU on Saturday; better yet, ask No. 5 Georgia, who lost badly in Baton Rouge last month). Michigan’s trio of road games: a loss in South Bend, a win Evanston that required a comeback from a 17-0 deficit, and a win at Michigan State in a game that was in doubt until the fourth quarter.

Have the Wolverines looked impressive in the Big House? Damn right they have. Are they better than they were on Sept. 1? Yes.

The funny thing is that right now they may get their wish and ours: a date with Alabama.

4. “The Call On The Field Is Targeting”

One man and some tape versus millions of years of evolution? Yeah, I’m going with the gator, too. Good for him.

So the other night we watched Heat for the first time and it was pretty much as Michael Mann-ish as we feared it would be. It’s as if someone decided to make a three-episode arc of Miami Vice, except they wanted to set it in Los Angeles and then populate it with some of the best actors of that or any era: Al Pacino, Robert DeNiro, William Fichtner, Val Kilmer, Tom Sizemore, Dennis Haysbert, Hank Arazia, Mykelti Williamson, Natalie Portman, Ashley Judd, Amy Brenneman, even Jeremy Piven, etc. Then they tossed in Tone-Loc and Henry Rollins because why not?

Heat was released in 1995, so Pulp Fiction and Reservoir Dogs had both already been released. Mann was still drawing stick figures while Tarantino was doing sketches of the ceiling of the Sistine Chapel. Also, it’s kind of difficult not to think of Mann as a misogynist and well, maybe, a little narrow in his views. All the women live only to be used and abused by their men (and they still stick by them, to the point of absurdity) and the only black character is an ex-con.

(This is the most famous scene from Heat, but there are at least two others, when Pacino is irate, that are even better)

The saving grace: Al Pacino just chews the f***ing paint off the scenery and is simply so fan-damn-tastic. If you haven’t seen it, it’s on Netflix. Re-watch the scene where he’s shaking down his informant in the junkyard. It’s a joy. And of course the scene in which DeNiro, the head of a crew of bank robbers, meets Pacino, the detective pursuing him, at a diner for a summit meeting is a time capsule scene. Here are the two most acclaimed actors since 1970 finally, finally sharing a scene together.

Honestly, the Pacino is the very, very best thing about Heat. He really did have quite a renaissance in the early ’90s.

As good as Pacino was, Val Kilmer was simply that bad. Everything about his performance screamed, “It wasn’t in our budget to get Brad Pitt.” Anyway, there was this scene at DeNiro’s Malibu hideout that I noticed and apparently I’m not the only one. To wit, what the hell is going on with Val’s left elbow here??? And why is it never explained? And why didn’t they just shoot the scene differently, or ask him to put on a long-sleeved shirt, to hide it? Ewww.

When you think of the bands that were making music in 1967—The Beatles, the Rolling Stones, the Beach Boys, Bob Dylan, The Byrds, The Band, Creedence Clearwater Revival, the Mamas and the Papas, The Doors, The Who—it’s rather astounding that The Monkees had the top-selling record that year: This record, written by Neil Diamond. That’s Mickey Dolenz on vocals, which have never been given the credit they deserve. That’s what happens when your band is also a TV show. But they made some memorable music.

“You will die today. Marxists, liberals, members of the elite.”

The events of July 22, 2011 shook Norway and all of Europe to the core. And sadly, the violence unleashed by a solitary individual that claimed 77 lives in a pair of coordinated attacks (the second a killing spree of teen youths on the tiny island of Utoya) has become a harbinger of the bloodshed we have seen here, as it was precipitated by a white nationalist who saw himself as a soldier in a race war.

Less than half of this film is the attacks. The second part is how a few survivors, particularly the teen above in the middle (played remarkably well by Jonas Strand Gravli), recover and deal with the trial of the murderer. The chilling scene that stayed with me is from the courtroom, when an avowed older white nationalist is called as an expert witness on the phenomenon. He explains that white supremacists are completely in line with the murderer’s ultimate goal, they just think that his tactics undermined their crusade. That the way to win this war is to wage a far more clandestine battle. As we have seen take place in the U.S.A.

“The alt-right, the far right, you can call us whatever you want,” the man says. “We’re deadly serious about seizing power, about changing society completely. But a single man’s violent act won’t help us to reach that goal.”