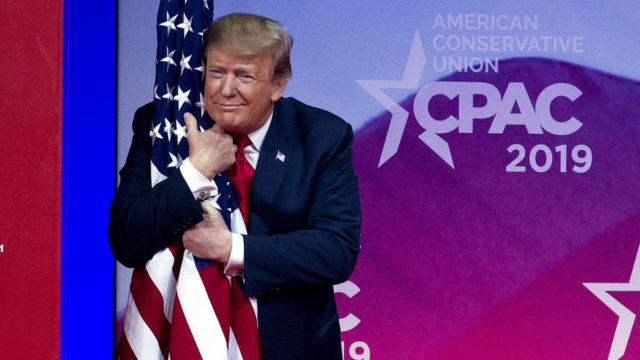 At this weekend’s CPAC—Chronically Paranoid And Christian—they desecrated the legacy of John McCain, pushed the flag into the MeToo movement, warned that the Democrats are here to take away your newborns and hamburgers, and a dude who earns $5,000,000 annually proselytizing for gun rights fulminated about elitists while standing in a room where firearms were prohibited.

Also, President Trump spoke for two hours and 20 minutes, uninterrupted, a feat that has inspired us to coin a new term: filibluster.

If he’s not the best John to appear on SNL since Belushi, he’s certainly the best John who once lived in Chicago and has a seven-letter surname to appear on SNL since Belushi. John Mulaney, erstwhile SNL writer and rising comic, returned to guest-host for the second time and not coincidentally it was the strongest SNL by far of the season. What makes that assertion more bizarre is that the cold open and Weekend Update were relatively weak.

The skits, though, were vintage early SNL stuff (we’re talking late Seventies). And Mulaney made them sizzle. Our four favorites: 1) What’s That Name?, which took SNL’s overused game-show sketch concept but put a hilarious spin on it (Mulaney’s long-time partner in comedy from SNL, Bill Hader, played the host; this sketch had been cut in 2011 back when Mulaney was a writer), 2) To Have And Have Not, with Kate McKinnon as Lauren Bacall and Mulaney as Bogey, 3) The Wedding Dance, which cannot be appreciated enough for the choreography Mulaney had to get down in just a week’s time, and 4) Bodega Of Love, which was music theater-geek heaven that cribbed parody tunes from Willy Wonka, Little Shop of Horrors and Rent.

It’s funny. When Mulaney auditioned for SNL a decade or so ago, Lorne Michaels saw that he was smart and witty but they did not think of him as a performer. They slotted him as a writer. It would seem, as Mulaney lives in NYC and is married, that all would benefit if they begged him to return as a Tina Fey-like head writer/performer, no?

Speaking at the MIT Sloan Sports Analytics Conference in Boston (the Davos for sneaker heads) this weekend, NBA commissioner Adam Silver said, “A lot of players are unhappy.”

He’s right, of course. Anthony Davis? Not happy. LeBron James? Not happy. Kyrie Irving? Not happy and for the second time in as many years pundits are saying how it’s right for the perennial All-Star and his current team to divorce.

The average—AVERAGE—NBA player salary is more than $7 million per year. The average height of an NBA player is, we’re guessing here, 6’5″ to 6’6″. NBA players don’t have as long a season as MLB players and are not subject to the brutal and potentially catastrophic collisions that NFL players are. Moreover, their work uniform is basically what you and I had to remember to bring to school for 4th-grade gym class.

“A lot of players are unhappy.”

There’s a lot going on here, and Silver put part of the blame on anxiety caused by social media (pro tip: that’s not going away any time soon, guys). The lesson, which we learned long ago, is easy, and it’s about grass not being greener elsewhere. The happiest people are those who, regardless of money or height or teammates, those who wake up and decide that they’re going to make the place they’re at the best place it can be.

And if you can lure Kevin Durant and DeMarcus Cousins, that ain’t bad, either.

That’s former Ole Miss wideout D.K. Metcalf, whose 1.63% body fat on a 6’3″, 228-pound frame had NFL scouts and pundits agog in Indianapolis this weekend (never mind that Notre Dame wideout Miles Boykin is essentially the same size, just an inch taller, and comparatively posted the same numbers as Metcalf in all the drills—better in some, slightly worse in others). Anyway, Metcalf probably weight-roomed himself into a first-round pick, if not first-half of first round.

Our deal: For the second consecutive year, the best player in the NFL draft has a first name that begins with Q. Last year it was Quenton Nelson, whom the Colts took at No. 6 and who started immediately and made the Pro Bowl as a rookie. Barring injury, Nelson is a sure-fire Hall of Famer.

Quinnen is your top pick. Or should be.

This year it’s Alabama interior defensive lineman Quinnen Williams, who had the fastest 40 time for a 300-pounder in 13 seasons. And he’s a beast on the field. Word out of Indy is that new Cardinal head coach Kliff Kingsbury is going to draft Kyler Murray (all 5’10” of him) with the No. 1 overall pick, and we like the Heisman winner, but what a colossal mistake that would be. You’ve got a shot at what may be an even better version of Aaron Donald and a second-year quarterback who was taken in the top ten last year. The Cardinals are going to screw this up, aren’t they? 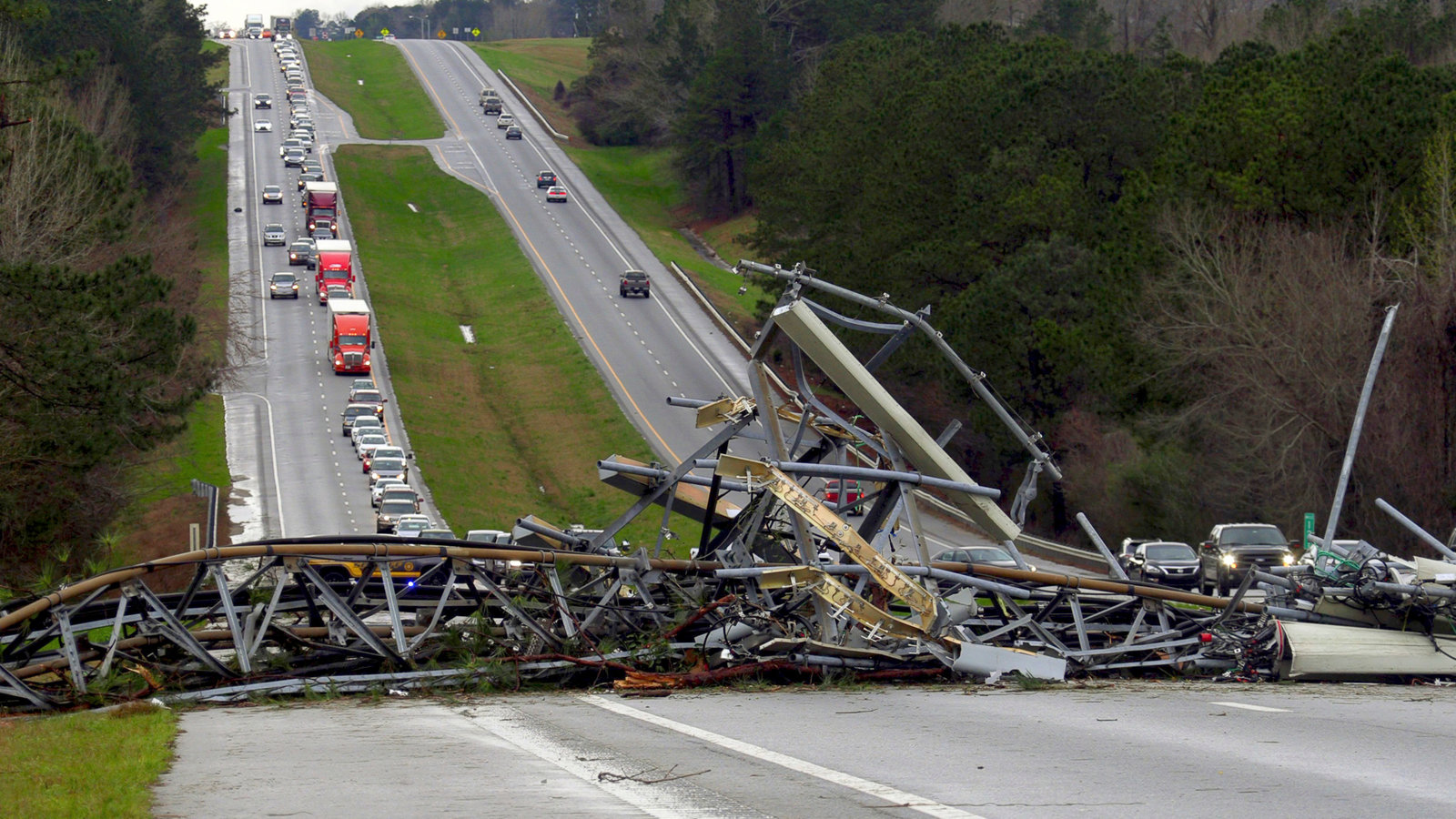 Tornadoes sweep across Alabama, killing 23 in one county, Lee, on Sunday. It’s the deadliest tornado day in the U.S. in five years.