1. Doug Fister is tougher than we are. The Tiger pitcher was struck near the crown of his cranium by a line drive off the bat of Gregor Blanco (yes, apparently there is a Gregor Blanco in the World Series). The ball then looped up into the air and landed in center field. It all happened so fast that most of us didn’t know if the ball had ricocheted off Fister’s glove, but replays showed it had not. Fister remained in the game, but the Tigers lost to fall behind 2-0 in the World Series. It may be worth mentioning that Fister stands six-foot-eight. Most pitchers would have been able to have ducked beneath that liner.

Fister, a giant, is struck by a Giant

2. Dave owns Donald. Two nights ago, after Donald Trump’s “offer” to donate $5 million to President Obama’s favorite charity, David Letterman referred to Mr. Apprentice as a “racist” on his show. Yesterday, Dave phoned to apologize and ask Trump to appear. Trump, to his credit, assented to the request and explained to Dave that all he was doing was seeking “transparency.” And this is where Letterman sprung his trap. Allowing Trump to promote his line of ties (“the number-one selling tie in the world, available at Macy’s”) after allowing Trump to expound upon how we need more jobs in the U.S., Dave innocently asked Trump where the ties were manufactured (“Where are the ties made?”) Trump initially claimed not to know, until Letterman informed him that they are made in China. Game, set, match, Letterman.

3. Hey, kids, Sammy Watkins is back! Yayyyy. The Clemson force of nature finally resembled his freshman self with eight catches for 202 yards and one sweet TD in a 42-13 clampdown at Wake Forest (shoulda had two TDs, but one bomb pass was poorly underthrown). We feel for No. 45 of the Demon Deacons, Riley Haynes, on this play (0:11).

4. Another type of Apple falls victim to gravity, or is it short-sellers, as the world’s wealthiest company sees its stock plunge below $600. Less than two weeks ago it was worth more than $700 (in related news, we don’t plan on quitting our job any time soon). 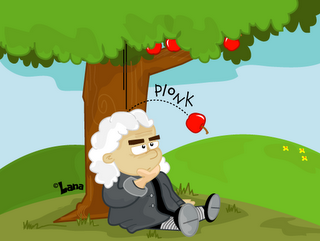 5. Tyrann Mathieu, another first-team All-American from a year ago (as Watkins was) is one of four former LSU players arrested on drug charges. Matt Crossman of The Sporting News has some insightful tweetson the topic.

The Big Lead is always your one-stop news source for Heidi Watney, or is it Weidi Hotney, resume updates.

The most intrepid NBA reporter of them all, Adrian Wojnarowski, takes down commissioner David Stern.

What happens if you morph New York’s Finest with Fine Young Cannibals? This.

We like Oklahoma at home over the Irish in a game that will be closer than the geniuses in Vegas have it (11.5 points, and we don’t mean “geniuses” sarcastically). One odd thing, though, if the Irish prevail: Notre Dame, a school that does not play in a conference, has eight common opponents between this year’s squad and the one that last won a national title 24 years ago: Navy, Purdue, Michigan, Michigan State, Miami, Stanford, Pittsburgh and USC.

Great catch here by Deadspin. As a writer/media pundit, never take a position simply for the sake of argument or good theater. In related news, we love that Mike Golic’s younger son, Jake, a reserve tight end on the Notre Dame football team, tweeted this earlier today.