1. Let’s begin with, in the words of Chris Kattan, “A pop quiz…a little quiz!” Who was Christmas Snow ( answer below… do resist the temptation to Google)?

2. “To face unafraid/The plans that we’ve made/Walking in a winter wonderland…” The word “unafraid” always freaks us out. Why do we need to introduce the element of fear into a Christmas carol? While we’re on the topic of Christmas tunes, it is “Heat Miser” and “Snow Miser” not “Heat Meister” as I’ve heard some say or “Cold Miser”. The Year Without a Santa Claus made its debut in 1974. I was eight years old and was quite certain I had never seen a Christmas special anything like it. 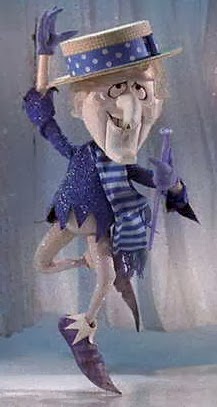 3.  Seattle 42, San Francisco 13, or as we are calling it, “What’s Your Deal? II: NFL Boogaloo”. In 2009 Harbaugh’s Cardinal defeated Carroll’s USC Trojans 55-21, easily the most emphatic defeat in Carroll’s legendary SoCal tenure.  The post-game handshake was a classic. The following year Carroll was off to Seattle, and the year after that Harbaugh joined him in the NFC West as the coach of the 49ers. In their three meetings as NFL coaches, Harbaugh’s Niners had won each game.

Last night, however, in the NFL’s loudest stadium, Carroll exacted revenge with a 29-point win. And he did it on Harbaugh’s 49th birthday. If you think about it, Harbaugh had owned Carroll since arriving on The Farm in 2007. There was the upset that year at the Coliseum, when USC entered as 40-point favorites. The following season USC won in Palo Alto, but what I’ll always remember is Harbaugh having the Card air it out, down 29 points in the final seconds, simply so that Stanford could beat the 23-point spread (the Cardinal did, scoring a TD on the game’s final play to make the final margin 45-23… even funnier, the announcer — I believe it was Brent; it had to be Brent — slyly noted that Harbaugh had just made a few folks in Nevada very unhappy.

Last night, Carroll finally struck a blow and made this a rivalry. And what a perfect rivalry for a league that sorely needs one. Seattle vs. San Francisco. Starbucks vs. Peet’s. Microsoft vs. Apple. Rain vs. Fog.

4. As Robert Palmer might say, “She’s so fine/There’s no telling where the money went…”

5. Christmas Snow? Jack Tripper’s roomie… hung out at the Regal Beagle… never realized Mr. Roper had installed a hidden camera in the shower: Chrissy Snow. Her father, the Rev. Snow, had named her Christmas.