1. The list of players who have scored more points against the New York Knicks at Madison Square Garden than Stephen Curry, who posted a career-best 54 last night:

That list includes four of the top ten players in NBA history as well as Barry, who may be Top 20. Curry (remember when scouts wondered if he was too slight to make it in the NBA? Or was that Kevin Durant? Answer: it was both), who played all 48 minutes of the 109-105 loss, buried 11 of 13 three-pointers and was 7-7 on free throws. He also more than doubled any of his teammates’ assists total with seven.

Curry’s play has blossomed so much that folks rarely even talk about how attractive his mom is anymore.

Oh, and we should note that Knicks center Tyson Chandler grabbed 28 rebounds.

2. In Vatican City Pope Benedict XVI retires in order to spend more time with his fami–or whatever it is retired popes do. The last time a pope chose to retire instead of die in office (1415), America had yet to be discovered by Europeans. Columbus had yet to be born. Dinosaurs were unknown to man. I mean, it was awhile ago.

After saying his goodbyes on Thursday, Benedict ascended into the heavens and… okay, well, he departed by helicopter to the papal summer retreat, Castel Gandolfo. The bocce board there is killer. 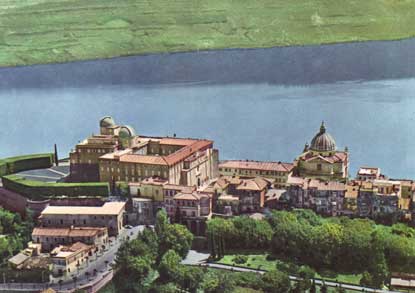 Castel Gandolfo, the papal retirement community. The par-3 golf course is a blast.

3. A marijuana cannon? Yes, a marijuana cannon! That shoots weed across the border from Mexico into the USA in 13-kilo bags. Since when did Wile E. Coyote begin working for Mexican drug cartels? There’s a war on drugs taking place, and drugs are returning fire with real cannons.

4. The worst team, by record, in the NBA’s Western Conference, the Phoenix Suns (20-39), beat its best team, the San Antonio Spurs (45-14), in San Antonio, 105-101 (in OT). This is what happens when you return from a 19-day road trip (the annual tour) and your wife has a list of things that need your attention. None of which is Goran Dragic. Speaking of the Sun guard, he had 13 assists and 13 points in the victory. The spindly, southpaw Yugo leads Phoenix in points, assists, steals and free throw attempts. The only other NBA player who leads his team in all four categories is LeBron James.

5. The country’s top-ranked boys high school basketball team, according to MaxPreps, is 1) a public high schoool that 2) is based in Utah and 3) has no African-American starters. The New York Times had a nice story yesterday on Lone Peak (24-1), which is based in Highland, which is NOT where Beavis and Butthead attended high school. Or Napoleon Dynamite. Golll! Shouldn’t you all be out playing lacrosse?

The latest cover of Business Week….

No. 2 Gonzaga at BYU

The Zags (27-2), winners of 10 straight, have achieved their highest ranking in school history. The streak began with a 20-point win over BYU in Spokane. The Cougars’ Tyler Haws leads the WCC in scoring (20.9) and his younger brother is the starting center for the aforementioned Lone Peak. 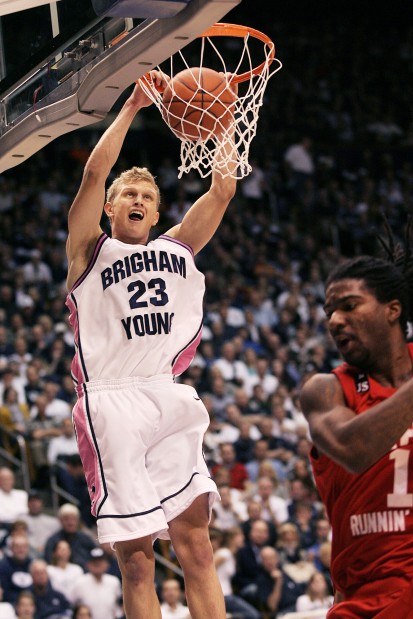 He? Haws. (Sometimes we go for the easy pun…Sometimes?)

If Gonzaga can take care of bidness in Provo, and then tackle Portland at home Saturday (consider it done), they’d possibly move up to No. 1 (Indiana already lost this week) in the polls.