1. April Baseball Redux: Two Lone Star State hurlers at opposite end of the spectrum. Yu Darvish of Texas, who came within one out of a perfect game in his first start, is 5-1, leads the Majors in strikeouts (58), and has allowed just one home run in 38.2 innings. Phil Humber of Houston, who did toss a perfect game last spring, is now 0-6 with a Major League-worst 7.58 ERA after last night’s 7-4 defeat in the Bronx. Humber becomes just the second pitcher in the modern era to have an 0-6 April, but in his defense he entered the game getting the least run support — 1.14 runs per game — of any full-time starter in baseball. 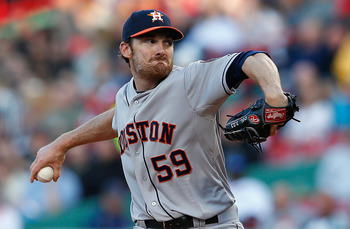 Humbled Humber (for all you dual Roto/Nabokov fans)

Oh, and I projected that the New York Yankees would be six games under .500 at the end of April. Instead, they are six games over .500 despite five of their eight full-time fielders being on the disabled list.

The most surprising player of April? Perhaps it is Tampa Bay pitcher Matt Moore. The Rays’ 23 year-old is 5-0 with an A.L.-best 1.13 ERA and has not allowed a run in his last 15 innings, although he has yet to pitch a complete game. Then again, maybe it’s Atlanta Brave catcher Evan Gattis who, as profiled by Bob Nightengale of USA Today, has taken the most compelling journey to The Show since R.A. Dickey. My favorite part of the piece is learning that there is a hostel in Taos, N.M., known as The Abominable Snowmansion. I have Yeti to visit.

Former Stanford and WNBA player Carolyn Moos tells CNN’s Piers Morgan that she dated fellow Cardinal alum Jason Collins for eight years before they called off their engagement in 2009. Is the surprise that Moos, who is six-foot-five, only learned that Collins is gay last weekend or is it that they dated for eight years without getting married. Eight years! Eight!

According to WNBA Reference.com, Moos played a total of six career minutes and missed her only field goal attempt as a member of the Miami Sol. Collins has played 12 seasons, 14,802 minutes and scored 2,596 points.

If Moos had premarital sex during those eight years, then according to Chris Broussard she is not a Christian

CSN reporter Susannah Collins reports that the Chicago Blackhawks had “such a tremendous amount of sex” during the season. Collins may have stepped over the blue line –she meant to say “success” — but either term is accurate.

4. Yes, it is the first day of May and in northern Colorado they are expecting two inches of snow to fall per hour.

5. Have you ever attended a concert at a basketball arena –or worse, football stadium — and thought, I’d rather have heard that band at a pure music venue? The gang at Rolling Stone has compiled a list of the “20 Best Big Rooms” in America. 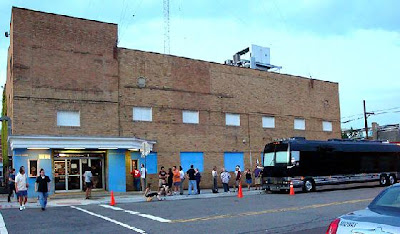 Loyal reader @Okerland wonders, If Chris Broussard believes that homosexuality, adultery and premarital sex is “walking an open rebellion to God“, then isn’t he basically saying that not only Jason Collins, but perhaps every single NBA player he covers is doing so? And is not a Christian, no matter what they profess (checks Utah Jazz roster to see if John Stockton is still in the NBA. No? Okay, then what I just said).

Catching up from Monday night: Yes, the Angels’ Josh Hamilton went 0-fer-8 in Los Angeles of Anaheim’s 19-inning defeat in Oakland. Hamilton is now batting .204 and has struck out 32 times, or as many times as both Adam Dunn and Rick Ankiel.

NBA Playoffs: Wake me when the second round begins, or whenever TNT cuts to Atlanta.

The New York Post headline, I imagine, would be “CARNE-AGE”.

I attended a St. Paul Saints game in 2004 in which they held a sit-up contest during the entire third inning. The joke was that the two dudes, one positioned atop each dugout, were so into winning that they didn’t realize the joke wasn’t about the contest, but that they’d actually keep doing sit-ups for an entire inning. When the inning ended, neither young man could stand up straight. Anyway, the Saints are planning to stage an umpire-less game on May 11. If you want to read an enjoyable book about a season with baseball’s most entertaining franchise, I recommend Slouching Toward Fargo by Neal Karlen. Meanwhile, I’m still waiting for some minor-league franchise to adopt my “Entirely Clockwise Contest” in which baserunners go from home to 3rd to 2nd to 1st to home.

At least 401 people perished in that factory collapse in Bangladesh, where clothing that is sold in American stores such as J.C. Penney and Dress Barn is manufactured. The building’s owner, Mohammed Sahel Rana, 38, had permission to construct a five-story building but instead added three additional floors illegally. Cracks appeared in the edifice one day before its collapse and police ordered it to be evacuated. Rana assured tenants it was safe and factory managers ordered workers to enter the premises.

The Breakfast Club, with story notes

I believe this is already the second time TBC has earned a Remote Patrol nod, but I don’t care, Claire. Besides, tonight’s version includes story notes, which is AMC’s film answer to VH-1’s “Pop-Up Videos.” By the way, John Hughes, who wrote and directed the film, flunked out of creative writing at the University of Arizona. In the immortal emote of the Freak (Ally Sheedy), “Ha!”

Introducing the Medium Happy Tip Jar: Send all tips, both information and currency, to P.O. Box 430, Planetarium Station, New York, NY, 10024. Or go to paypal, where we are sameriver@hotmail.com. Thank you.