“Poor academic judgment?” Holy Euphemism, Batman! So that’s what we are calling it? Notre Dame quarterback Everett Golson has been suspended from school for the Fall 2013 semester for exhibiting poor academic judgment. Most likely it had nothing to do with arriving at the exam dressed like a member of Daft Punk. Now that would be poor judgment. We will not speculate, but the irony of that euphemism is that in leading Notre Dame to a 12-1 record and a BCS Championship Game loss as a freshman, the most definitive aspect of Golson’s game was his precociously good judgment. 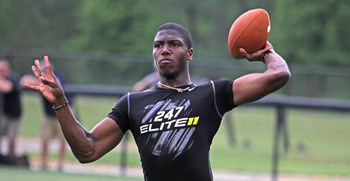 Meanwhile, Tommy Rees, the Irish football equivalent of the Indy Car driver who sits back in 20th place and waits for the guys ahead of him to crash, should be the starter come August. Keep in mind, though: The last three times Notre Dame started at least 10-0, an African-American quarterback who had not started the previous September led them: Tony Rice in 1988, Kevin McDougal in 1993, and Golson last season. So, does incoming freshman Malik Zaire, who enrolled last January, have a chance to start? Our experience with Brian Kelly leads us to predict that Rees will start, but that Zaire (and senior Andrew Hendrix) will see plenty of action.

Oh, and Gunner Kiel, the top-rated prep quarterback in the land in 2012 who red-shirted last fall and then transferred to Cincinnati last month, is doing a forehead slap this morning. Kiel could conceivably return to South Bend and play this fall –he’d just have to pay his own freight, according to the Professor Whoopee of NCAA by-laws, John Infante — but we believe that ship has sailed.

Oh, and here is an example of giving the wrong person credit. Graham Watson of Yahoo! initially credits  Yahoo! columnist Pat Forde for finding the loophole in which Kiel could return to Notre Dame, even though Forde, in his own column, credits Infante with that information. Let me put on my Richard Deitsch hat for a moment and assign a “Tsk! Tsk!” to Watson.

2. The Boys From Brazil

As the Irish were making news in northern Indiana, three hours south down Route 31, a Brazilian not named Helio Castroneves was busy winning his first Indianapolis 500. Tony Kanaan, in his 12th appearance at the Brickyard, took the checkered flag under caution. He was in second place with three laps remaining and the race under caution, but when the green flag came out he zipped past leader Ryan Hunter-Reay for the lead. There were 34 lead changes in the race. Afterward Kanaan, 38, pronounced himself as having “the biggest nose” of any Indy 500 winner. 3. Not So Ugly Betty

Why, look who has her act together! It’s Betty Draper, no longer brunette, no longer rotund and no longer self-pitying. She must be watching episodes of “Bewitched!” or “I Dream of Jeannie!” And she delivers the BAM! line of the season to Don Draper, telling him about his present wife, Megan, “She doesn’t know that loving you is the worst way to get to you.” If that isn’t the title of a country song, I don’t know what is. Here’s the incomparable Alan Sepinwall with his review. 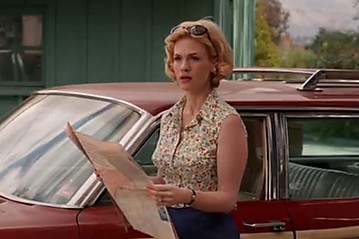 4. On this day let’s pause and be grateful for all the men and women who served, especially for those whose lives were cut short in protection of our freedom. Also, let’s think about what we might do to curb the alarming rate of military suicides. A record 349 soldiers on active duty killed themselves in 2012 while a Veterans Affairs study reported that 22 former soldiers commit suicide daily. That’s just not right.

5. I Told You, I’m Not Bothering With the NBA Playoffs Again Until the Heat-Spurs Series Begins…

So just leave me be, okay? Bayern Munich striker Arjen Robben was not having a very splendid afternoon in the UEFA Champions League final versus Borussia Dortmund –one of his shots from near point-blank range caromed off the goalkeeper’s right cheek. That is, until the 89th minute of play. A long, soaring pass from the other side of midfield from Frank Ribery (the soccer equivalent to a Go route) landed at Robben’s feet and he outdueled two defenders, then made a nifty sidestep kick past the Dortmund goalie for the winning goal. It was a classic at Wembley before some 86,298 fans. And Bayern, which had lost in the UCL final twice in the previous three years, avoids the ignominious sobriquet of “the Buffalo Bills of Europe.”

Surely, you can’t be serious, you say? I am serious –and don’t call me Shirley. Why watch? Because the two most captivating big women to enter the league in years, if not ever, will make their debut against one another this afternoon. So, yes, the WNBA got right what Baylor and Delaware –and the NCAA tourney — were unable to the past few seasons. Brittney Griner, who led Baylor to a 40-0 record in 2012 and is the NCAA all-time leader in blocked shots, will take her 6-8 frame up against 6-5 Elena Delle Donne, who finished fifth all-time in scoring. Of course, the best player whom I’ve ever seen, Diana Taurasi, will also be on the court –and I doubt she’ll allow the two rookies to overshadow her. Oh, and I’m not sure if Brittney Griner loses out to Robbie Rogers as the first openly gay player to compete in a professional sport in the USA by one day or not, but if that’s the case, bummer.