Dear Super Moon: Maybe it’s just me, but it feels as if we are growing more distant. Was it something I said?

Dave Bolland scored the series-clincher with 0:59 to play.

With 0:90 remaining in Game 6 of the Stanley Cup finals, we were settling in for a Game 7 in Chicago as the Boston Bruins led 2-1 at home.

Then, with 1:16 remaining and using an empty net, Chicago’s Bryan Bickell tied it. Overtime? Sure, why not? But then just 0:17 later, while Steve Levy and Barry Melrose were reapplying the hair shellac, Dave Bolland cleaned up a shot that hit the pipes and sent it past Tuukka Rask for the game-winner. Stunning.

The most stunning finish to a Game 6 in nearly a week is what it was.

And, like their NBA counterparts, the Heat (not to be confused with the Sandra Bullock-Melissa McCarthy movie of the same name opening nationwide at a theater near you), the Blackhawks had a memorable streak this season that validated their title. The Heat won 27 in a row, the second-longest win streak in NBA history, while the Blackhawks did not lose in regulation over the first 24 games of the season.

He also answered to “Birdman.”

For those of you who don’t know, “Black Hawk” was the name of a Sauk warrior from the area of what is now Rock Island, Ill. He abetted the British in the War of 1812 and his actual name, which would have given copy editors fits, was Makataimeshekiakiak.

2. American Boss Held Hostage in China (or as I call it, “Progress!”)

Chip Starnes: On the bright side, it is still a gated community.

A co-owner of a Coral Springs, Fla.-based company called Specialty Medical Supplies was taken hostage by his factory workers in the company’s plant outside Beijing. Employees are demanding that Chip Starnes, 42, provide them severance packages. Starnes, in a quote that needs to be cut-and-clipped for our year-end “It All Happened” issue (we have a year-end “It All Happened” issue?) said, “I think it is inhumane what is going on right now.” Ha ha ha ha ha. 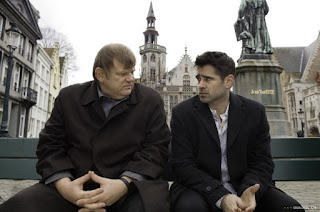 Steve Darcis? Never heard of him.

Steve Darcis of Belgium, the 135th-ranked player in the world, knocks out two-time Wimbledon champion Rafael Nadal in straight sets in the opening round at Wimbledon. You may recall that only last month Nadal won the French Open for an eighth time. But you realize that clay and grass are two different surfaces, different colors even (brain storm: A blacktop NBA championship series).

See you in September?

Anyway, Nadal’s knee yada yada yada and he went out in the second round at the All-England Lawn & Tennis Club last season, then took the rest of the year off to rehab his knee and presumably pose shirtless. Also, since we’re taking about Belgium, you should really see In Bruges if you have not already.

The driver’s side is on the right.

You sometimes forget that the “24 Hours of Le Mans”, the world’s oldest vehicular endurance race (est. 1923) still takes place. Especially since Steve McQueen has stopped starring in films about it. Maybe because ESPN never includes it in its Top Plays segment. Anyway, it’s a 24-hour race in which each vehicle is shared by two drivers and the test is to see who is able to drive the most laps in a day’s time. Do fans remain for the entire 24 hours? I have no idea. 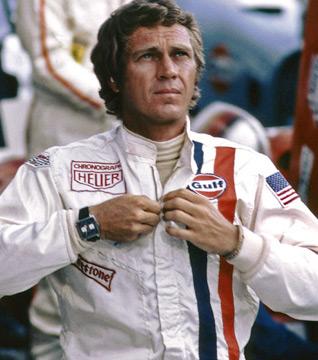 Last weekend the race was staged and for the first time since 1986 suffered a driver fatality. Allen Simonsen of Denmark perished when he lost control of his Aston Martin in what is known as the Tertre Rouge corner.

While the Blackhawks were busy clinching Lord Stanley’s Cup in Boston, residents of Chicago were enduring massive thunderstorms. Flying into O’Hare Airport is o’hairy enough without having to deal with weather such as this. Actually, the storms were so treacherous that O’Hare Airport temporarily closed and there were probably like, what, 83 murders committed. Which you really cannot blame on the weather.

Where in the world is Edward Snowden? Putin says he’s not in Russia. Oh, that Putin. He IS funny. Speaking of funny, no U.S. media have been able to locate Snowden –after being scooped on his story by a British publication, The Guardian –but at least the Washington Post Express has a sense of humor about it.

Secretary of State John Kerry called the Snowden affair “deeply troubling” and noted that “lives will be lost.” Perhaps he and other elected officials might want to ruminate on why so many Americans –the people they purportedly represent– consider Snowden a hero. One commenter on a blog noted that when you say the initials of the National Security Agency quickly enough, it sounds a lot like “Nazi.”

There will always be “terrorists.” If in the wide definition of the term, I may also include drunk drivers, teenage girls who text and drive, pharmaceutical companies who, intentionally or not, get people addicted to prescription drugs (which kill far more Americans annually than illegal drugs), politicians who openly lie or say, “I don’t recall” while testifying before Congressional sub-committees, and the people responsible for the Legends Seats ticket prices at Yankee Stadium, why yes, “lives will be lost.”

Lives will always be lost, John. No one gets out alive. If, in the cause of protecting us from death –something no one has yet figured out how to do — you squander all of our rights as well as your own integrity, it ain’t really worth it.

But, of course, fear is what keeps you in business, isn’t it?

Much Ado about Much Ado About Nothing Fillion and Hanks: There IS crying in war.

At least one film critic believes that this film, which opens Friday, is the best movie of the year thus far. One of its stars is Nathan Fillion, a likeable Canadian (are there any other kinds?) actor who was not even billed in “Two Guys, A Girl and a Pizza Place” but is now the title character in “Castle.” We’ll always love him for weeping openly in front of not one but two former sitcom stars (Tom Hanks and Ted Danson) in Saving Private Ryan.

“How are you doing?”

The term we use in organic chemistry is “isomers.”

I do think that Mr. Lisanti has a very soft spot in his four-chambered blood-pumper for Mr. Draper and the audacity of hope, don’t you?

(Side Note: Dear AMC or, specifically, Dear Idiots in The Marketing/Promotions Dept. of AMC: You are fortunate enough to have a genius, Matt Weiner, putting shows on your air. And he probably does not choose the songs with which he closes an episode without great care. So if you really want to promote your network, if you truly want to do what’s best for AMC as opposed to doing something that validates your paycheck, hands off the credits. Don’t cut into “Both Sides Now” with a promo for “The Killing”, which most of us aren’t going to watch anyway. Just be glad we watched “Mad Men” and stay the hell out of Weiner’s way. Are we clear? Thank you.)

Country crooner and world-class yodeler (which reminds me: Twinkies are returning!) Slim Whitman passed away at the age of 90 last weekend. I mention him because if you are of a certain age –mine– you may recall being positively assaulted with Slim Whitman infomercials in the late 1970s and early 1980s. You were told that Whitman was “an international star” (he did sell 70 million records, after all) and then you turned to your older brother, the one who had the Led Zeppelin poster up in his room and who had just purchased “Never Mind the Bollocks: Here’s the Sex Pistols”, and you asked, “Who in the wide world of sports is Slim Whitman?”

And he had no idea. Nice obit here from The New York Times. And here’s a tune you may have actually heard.

Happy 137th Anniversary of the Battle of Little Bighorn, one of the great ass-kickings (of Americans, on American soil…sort of) in U.S. history. Most of us remember little more than a line (“Custer’s Last Stand”) if anything more about this “battle” but the truth is that the cavalry got everything they deserved and then some.

You should know that Gen. George Custer was a Civil War hero –he was given the desk at which the Confederacy signed its terms of surrender at Appomattox — and that he ruthlessly slaughtered both Native Americans and their horses in his naked ambition. As far as the Battle of Little Bighorn, it was a case of Custer and his troops being disorganized, wandering far outside their bounds of comfort, and engaging a tribe of people who were more than just a little pissed off at how the Americans had constantly broken promises to them about land rights. 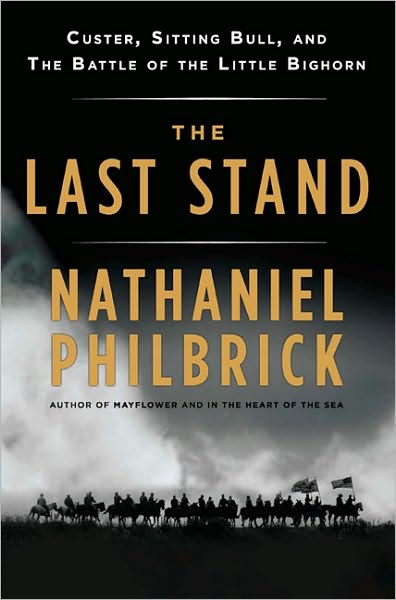 As I wrote, it was a full-on butt-kicking. Savage, really. I highly, highly recommend you read Nathaniel Philbrick’s “The Last Stand”, which is just a phenomenal book. Kids, I ain’t anti-American. I’m just pro-truth.