1. Many Rivers To Cross

Did Bill Simmons become a TV star last night? Yes. Yes, he did.

“The truth keeps changing.”
With those four words Bill Simmons, the erstwhile Sports Guy, vaulted himself to television stardom last night during the 2013 NBA Draft. In fact, his on-air skirmish with Doc Rivers overshadowed every single draft pick.

Earlier this week Rivers, who for years coached the Boston Celtics (the object of Simmons’ lifelong fandom), became the new head coach of the Los Angeles Clippers (the team that Simmons chose to support upon moving to Los Angeles). Simmons accused Rivers of “quitting on the team”, a comment that Shelley Smith passed on to Rivers during an interview last night.
“I would like to call him an idiot, but I’m too classy for that,” said Rivers, a quip that for some unknown reason elicited a chuckle from Smith (who is so famously out of her league doing anything that does not involve USC public relations). “I mean, that’s just his opinion. That didn’t happen and he needs to know the whole truth, which he doesn’t.”

The camera shifted back to the Barclays Center set of host Rece Davis (the best ESPN has), Jay Bilas, Jalen Rose and Simmons. Davis went directly to his nascent on-air colleague. “What’s your reaction to that?”

Simmons, confident and defiant, replied, “The truth keeps changing. I mean he’s given different answers to this…. When he sticks to a story, I’ll believe the truth.”

It’s not about who’s right and who’s wrong (of course Rivers knows the whole truth; whether he is being transparent about it is the issue). It’s about an ESPN on-air talent having the fortitude to challenge a player or coach who is not already on the wrong side of public opinion. Earlier (or was it later?) in the evening the crew did an interview with new Net coach Jason Kidd, and by way of salutation Rose slobbered on about how he and Kidd were both “class of 1994 NBA Draft alumni.” So how incisive or probing do you expect the subsequent questions to be?

The problem is that we live in an age where an entire generation has been raised on ESPN. Men–and ladies– who are not old enough to remember an earlier time when truth was more important than celebrity…or being friends with a celebrity.

Simmons, who’s about my age, remembers that time. Remembers a man named Howard Cosell. What he brings –and what he brought to a lesser extent during the NBA Finals — is the point of view of someone who has not been corrupted by the vortex of celebrity. He may be a celebrity himself now, but he still approaches these things like the outsider the rest of us all are.

Except for his own hair line, Howard was all about the truth.

Michael Wilbon does not do that. He’s too busy being buddies with all the athletes and coaches he’s supposed to be covering.

Magic Johnson? He is the antithesis of Simmons.

Jalen Rose? You can see that he and Simmons enjoy one another’s company, and Rose can be candid. Just not often enough.

For me the most fascinating aspect of last night was watching Simmons blatantly seizes Jay Bilas’ scepter. Bilas, intelligent and informed, was the closest ESPN had to someone who would endeavor to find the truth in any situation. Like you, I was intrigued to see the two men share a set for the first time. But Simmons just blew Bilas out of the water here. This was the evening in which Simmons finally found his TV voice. He long ago found his columnist’s voice.

Later in the evening Rivers’ son Jeremiah took to Twitter to stand up for dad. The keeper in this harangue is the final tweet, in which Rivers ends his rant by saying, “Good day, sir”. It’s 12;31 a.m. when he types that.

Finally, as terrific as Simmons was last night, we long-time fan boys truly missed his real-time NBA Draft diary. Is it too much to hope for that he still provides u one, with the fascinating meta-aspect of his discussing the character of Bill Simmons on TV? We’d all love to read that, no?

A judge denied Aaron Hernandez bail yesterday and it is reasonable to assume that the former New England Patriots tight end has seen his last day outside of an institutionalized life. Hernandez, just 23 and a former Pro Bowl tight end, is now also being investigated in connection with a double homicide that took place in Boston last summer. The circumstances involve Hernandez being involved in an altercation in a nightclub last July 15 and a drive-by shooting taking place a short time afterward.

Allow me to go out on a limb here: Is it possible that Lloyd either knew about this earlier incident, was involved in this earlier incident, or that Hernandez had confided in him about it? And is it possible that Hernandez learned that Lloyd had opened his yap about it to someone else? Pure conjecture here, but it’s something to consider. Apparently, it’s not that long of a limb. I just found the Boston Globe story that suggests the same thing.

Also, it appears that this case may hinge on a “smoking gum”: a pack of blue Bubblicious cotton candy gum may be a critical piece of evidence for the state. Prosecutors can tie Hernandez and Lloyd stopping at a gas station on the night of the murder to purchase a pack of it, and there was a discarded piece of the gum –conveniently located next to a spent .45 shell casing –under the driver’s seat of the rental car that Hernandez was driving. 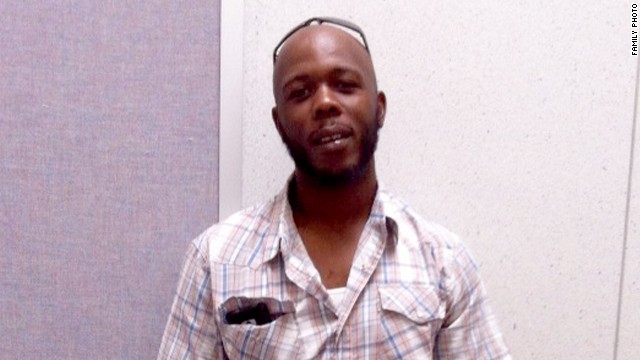 Finally, this quote from former Patriot teammate Matt Light speaks volumes. VOLUMES. A three-time Pro Bowler himself at offensive tackle, Light told the Dayton Daily News, “I never talk about other guys, but I will say I have never embraced — never believed in — anything Aaron Hernandez stood for.”

I added the italics. That’s a devastating comment from a guy who shared the huddle with you, and often lined up literally next to you, for your two NFL seasons.

An absolutely captivating and often hilarious 90-minute interview took place earlier this week between two of my Upper West Side neighbors, Howard Stern and Jerry Seinfeld. The former is the best interviewer in the business, because he is so direct, such a good listener and his own candor invites honesty from his guests. As for Seinfeld, I worship at his altar and this interview reveals why.

At one point Howard is absolutely fascinated, and concerned, that Seinfeld is continuously observing life and conjuring jokes and bits in his mind (“I’m never NOT thinking of material”). Like a shark that cannot help but keep moving forward. Howard seems worried that this obsession, that Seinfeld’s inability to ever stop “working”, must be brutal. Jerry’s reply, “What fun is life if I’m not making jokes all the time?”

Seinfeld, when Howard asks him how he memorizes all his material: “Howard, what else do I have to do?”

On his being addicted to conjuring bits: “The blessing in life is finding the torture you’re comfortable with.”

On people teaching comedy classes: “It’s like pirate school. You can’t really go to school to learn this stuff.”

On Chris Rock’s transformative “Bring The Pain” set, where he finally found his voice: “You know who the first person who called him was? Me.” Howard: “What did you say to him?” Jerry: “You did it.”

And here’s Seinfeld’s latest episode of “Comedians In Cars Getting Coffee” with David Letterman. I’d like to see Jerry go for a spin with Seth Meyers next.

Quick riffs/review on the NBA draft:

1. Anthony Bennett: How does a guy named Tony Bennett get drafted No. 1 overall and nobody at ESPN has the keenness of mind to make a “Rags To Riches” reference? Or play the song in the background?

2. Victor Oladipo: Love this pick. LOVE LOVE LOVE him. Orlando, at No. 2, didn’t try to be cute or overreach. He may not be the next Dwyane Wade, but you know with Oladipo that you are getting a winner, a guy with tremendous heart. Some dudes have more talent, but don’t have the competitive gene. MJ had it. Kobe has it. Oladipo appears to have it, too.

3. Otto Porter: You could go from Georgetown undergrad to Georgetown Law School and you’d have a farther commute than Porter, a Hoya, will have from his own undergrad days to his job at the Verizon Center.

4. Cody Zeller: He’s a seven-footer who runs the open court like a deer. Another pick I like.

5. Alex Len: The Suns already had two Eastern European starters –Goran Drajic and Marcin Gortat –and added another last night in Len, a Ukranian seven-footer from Maryland, and guard Nemanja Nedovic (last pick of first round).

6. Nerlens Noel: The “New Orleans Noel” era lasted scant minutes, as the Pelicans selected him and then promptly traded him to the 76ers.

7. Ben McLemore: A lot of people, myself included, think he has the most All-Star potential of anyone in the draft. So why did this Kansas one-and-done dude falls so far? Somebody know something?

10. C.J. McCollum: The Trail Blazers have now cornered the market on mid-major point guards who are destined to surprise us. Remember that former Damian Lillard of Weber State was this season’s Rookie of the Year.

13. Kelly Olynyk: The Celtics jettisoned their past and are going with a Canadian seven-footer who only a year ago red-shirted because he couldn’t get any playing time at Gonzaga? Hmm. I like watching Olynyk –and I love that his last three letters are the abbreviation for Boston’s rival — but I think he’s no better, if not worse, than Gorgui Dieng.

15. Giannis Antetokounmpo: Someone in the Bucks’ p.r. department needs to coin a nickname for this 6-9 Greek and pronto. I

22. Mason Plumlee: Like you, I’d pay to watch the scrimmages in which he goes up against Kevin Garnett.

31. Allen Crabbe: Cleveland may wind up liking this pick better. The Cal product is the Klay Thompson of this year’s class.

54. Arsalan Kazemi: A 6-8 forward from Iran who is going to remind Philadelphia 76er fans who are old enough to recall an awful lot of Bobby Jones. And that’s a terrific thing.

Yes, it’s only been 3 weeks, but he has best BA in MLB. Puig should start the All-Star Game.

The Los Angles Dodger rookie connected on an 0-2 count with two outs and bases loaded in the bottom of the 7th last night to scratch a two-run single and break open a tie game. L.A. has now won six straight. The Cuban defector is now batting .427 while the next-best Dodger is hitting .274. At least the integers are the same.

Our good friend Dan Leonard over at the steakateria was singing Puig’s praises throughout spring training. We’re happy for Dan that he was able to pick Puig up on his fantasy team.