1. Woke Up, It Was a Chelsea Manning… Manning later admitted that he has an extensive butterfly collection and drives an unmarked white van with no windows.

U.S. Army private Bradley Manning may have leaked hundreds of thousands of classified and sensitive military documents to WikiLeaks, but apparently he kept the wildest secret to himself. “I am Chelsea Manning. I am female,” Manning disclosed yesterday via a statement read on the Today show. One day earlier Manning, 25, had been convicted on 20 counts that ranged from espionage to theft and sentenced to up to 35 years in military prison at Fort Leavenworth.

Why do I believe Manning is sincere about this startling confession? Because we know that chicks just cannot keep secrets.

2. Bryant Gumbel Shouted Out, “Who Killed the Kennedys?” When After All It Was You and Me

Damn straight, Bryant Gumbel. During his closing remarks for “HBO’s Real Sports” last night (and I’m not sure whether or not Gumbel wrote the copy himself), the often-pretentious host informed America that we are all a bunch of hypocrites for condemning Alex Rodriguez.

Gumbel: He’s such a pill sometimes.

“…what I don’t understand are the expressions of shock and outrage over his alleged drug use because, frankly, this country’s crazy about drugs.

Modern Americans reach for a drug for any and everything – for problems real and imagined. It’s why we consume more pills than any nation on earth and why TV ads are relentlessly selling us Xarelto, Abilify, Stelara, Prodaxa, and dozens of other drugs we never ever guessed we supposedly needed.

Americans are only about five percent of the world’s population yet we take 80% of the world’s painkillers and a whopping 99% of the world’s Vicodin. We have four million kids on Ritalin, 22-million women on antidepressants, over 30-million adults on sleeping pills, 32 million on Statins, 45 million on another drug I can’t even begin to pronounce. The list goes on and on…”

Does that excuse A-Rod for cheating? No. But when more Americans die annually due to prescription drugs than illegal drugs, well, maybe A-Rod isn’t the only one looking for the easy way out.

Of course, what I don’t understand is how Gumbel continues to look as young as he does at the age of 64? What artificial means to retard the aging process is he using? 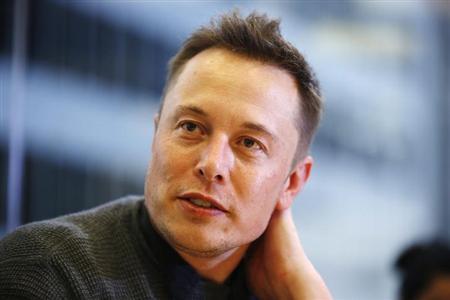 Today, in Part 2 of our series titled “Highly Successful, Forty-ish White Guys Who Attended Stanford at Least for One Day and Have Lived in Africa at Some Point”, (Part 1 was Richard Engel), we meet billionaire Elon Musk. The native South African, who now lives in Bel Air (Beverly Hills’ swankier neighbor), Musk is the mastermind behind Tesla Motors, the electric sedans that are wildly popular with the $150,000 per annum-and-above crowd.

Musk earned degrees in both economics and physics from the University of Pennsylvania before matriculating at Stanford to work on a Ph.D. in applied physics. He quit that program after two days but, hey, Mark Zuckerberg and Steve Jobs never finished college, either.

Tesla founded PayPal, cashed in his lottery ticket, and has since turned his attention to becoming the Steve Jobs of transportation. He recently proposed the HyperLoop, the high-speed tube that would ferry passengers between Los Angeles and San Francisco in just 30 minutes via a cushion of air, in much the same way that tubes are sent when you use the drive-thru of your bank.

But Tesla, well, this may be the invention for which Musk is forever remembered. An electric car that is both stylish and swift, Tesla’s stock has risen more than 400% in just the past year. Keep an eye on it. And keep an eye on Musk. He has the scent of money and genius.

Finally, in case you are wondering, Why Tesla, the name is an homage to brilliant inventor and “mad scientist” Nikola Tesla (1886-1943), a Serbian-born American immigrant who was a pioneer in the fields of electrical engineering, radio, X-rays, etc. Tesla made a fortune from his patents but spent most of his adult life living in New York City hotels.

Oh, and because who knows when I’ll ever get another opportunity to do this, Musk’s vehicle is the greatest thing to happen to the name Tesla since this OMD tune from the height of the New Wave era. So I’m scouring CNN’s home page this morning and I come across one headline that reads “Teens Beat WWII Vet To Death” and “Journalist Gang-Raped in Mumbai” and I think that I don’t care as much to read about the Lakers’ new “Hollywood Nights” uniforms, although I do wonder if their into music will be courtesy of Bob Seger. Anyway, the World War II vet was a Spokane, Wash., resident named Delbert Benton, he was 88, and his murder appeared to be a random act of violence, most likely because the only thing worse than some teenagers these days are their parents (or, more often than not, their grandparents). Wait, did that make me sound old or simply like LZ Granderson?

Not-That–Brian Wilson returned to a big league hill for the first time since April 12, 2012, pitching one inning of scoreless relief for Not-That-California N.L. Franchise as the Los Angeles Dodgers shut out the Miami Marlins, 6-0. Wilson, who when last seen was arguably the N.L.’s most dominant, and swarthy, closer with the San Francisco Giants, struck out two and allowed a two-out double. Wilson closed out another peerless start by Clayton Kershaw, who tossed eight scoreless innings and reduced his MLB-best ERA to 1.72 (the next best is Matt Harvey’s 2.25; those two are also Nos. 1 and 2 in WHIP, at 0.86 and 0.89, respectively).

Smile, by the way, was started by the Beach Boys’ brain in 1966 and eventually released in 2004. It’s the Chinese Democracy of the 50-and-over crowd. Although Wilson waited another seven years to release more material from the Smile Sessions. I’m sure he’s still rewriting lyrics to it this morning.

Did The Newsroom’s season-long story line just take place in the suburbs of Damascus, Syria? Reportedly 1,300 dead due to a chemical weapons attack. Let’s NOT send Jerry Dantana to investigate.

The Yankees: Now 5-0 since the Ryan Dempster beaning. David Ortiz is correct. 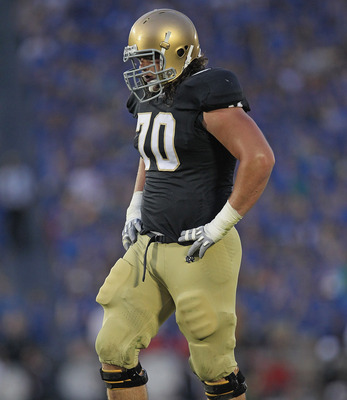 You’d be tired, too, if you had to block Stephon Tuitt every day in practice.

Notre Dame names offensive tackle Zack Martin, who has started 39 consecutive games for the Fighting Irish, a team captain for the second year in a row. They couldn’t have promoted him to major? (Under the radar and bigger-than-it-appears Irish news: ND lost defensive lineman Tony Springmann for the year due to a knee injury. This, coupled with the Eddie Vanderdoes-or-doesn’t-he? defection, makes the Irish thin on the D-line. Springmann actually was a terrific backup last season and easily had the squad’s best red beard. 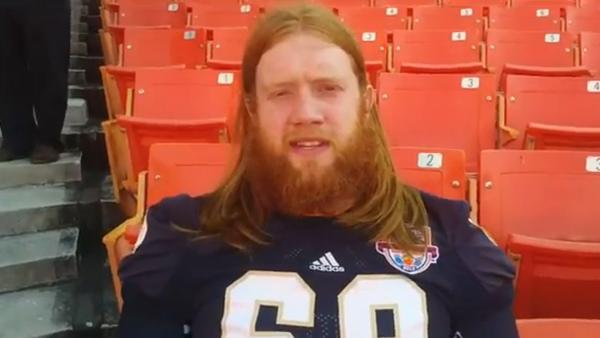 Springmann: Will miss season and report directly to “Duck Dynasty”.

***
So apparently ESPN asked to have its name taken off a joint venture with Frontline on a doc about the NFL and concussions. I’ll pretend to care for as long as the NFL pretends to care about concussions. Football is violent. Helmets and fast, furious, powerful men will always lead to debilitating injuries. Just ask Dustin Keller. If you really want to control injuries, stop playing football after the age of about 13. Otherwise, please lower the soapbox.

Still, can’t you just hear Bill Simmons discussing this issue with J-Bug and Uncle Sal on a podcast? “What I wanted to say about the Frontline/ESPN partnership is –” (podcast goes silent while a brief power outage takes place in central Connecticut and, curiously and concurrently, and AC-currently, in Santa Monica).

Every time someone says, “Wanker”, drink.

I do believe that The New York Times enjoyed “The World’s End”, but since it failed to provide a letter grade, a numeric grade in the range between 0 and 100, or a requisite number of stars, how am I to know? Confound you, Gray Lady!!!! On another note, if this film isnt’ the best argument yet as to why cinemas should have beer sales, I don’t know what is (okay, that’s false: I wanted to drink to forget that I was watching “Conspiracy Theory” in the midst of that film).

The chancellor at Texas A$M, the inaptly named John Sharp, accuses ESPN of “Hype journalism” in the wake of its Johnny Manziel reportage while Tim Tebow’s dad looks over, laughs, and says, “You ain’t seen nothin’ yet.” Sharp is our frontrunner for this year’s E. Gordon Gee Award for principled leadership in higher education.