In which Jerry Dantana meets his own Little Big Horn and Mrs. Lansing uses the term “hizzy”.

As always, we endeavor to both find and explain every pop culture and historical morsel that Master Sorkin drops in the latest episode. This one was replete with them.

1. “Other than the cooked tape, Mrs. Lincoln, were there any holes in the story?”

ACN counsel Rebecca Halliday (Marcia Gay Harden) asks Don Keefer (Thomas Sadoski) what else was wrong with their Genoa report other than the fact that Jerry Dantana doctored the interview. The line is a reference to the assassination of Abraham Lincoln at the Ford Theater while viewing Our American Cousin, and the well-known joke, “Other than that, Mrs. Lincoln, how did you like the play?”

You use that line whenever you are trying to make the point that one event overshadows all others related to that event whose own effects are relatively negligible. In that sense, Halliday’s use of this line is improper since she is agreeing with Keefer.

2. “Are you one of the Andrews Sisters?” 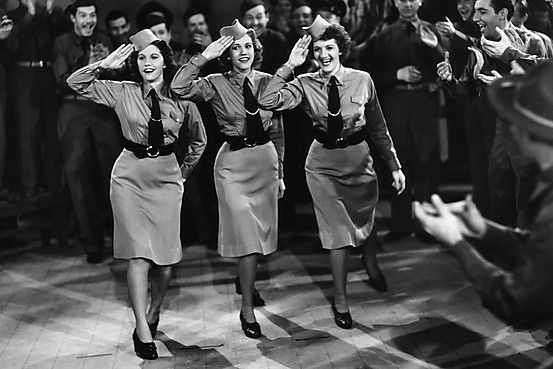 “But when his number came up, well he was caught in the draft. He’s in the Army now, blowing reveille…”

Dantana, in Red Team Meeting III, disses Don by using this line, in effect calling him naïve. The Andrews Sisters, a musical trio of siblings, were a huge hit on USO Tours during World War II. Best known for “Boogie Woogie Bugle Boy.”

3. “As Alfred Adler once said, ‘It is easier to fight for one’s principles than to live up to them.'”

Will McAvoy quotes Adler, an Austrian medical doctor (1870-1937) whose chief contribution to mankind was identifying the “inferiority complex“, during his opening comments of the special report on Genoa. Thanks a lot, Doc.

4. “The California Golden Bears are hosting the UCLA Bruins…”

Except that Cal would not be hosting UCLA on Sunday night, September 9. The two Pac-12 schools would meet nearly one month later, on October 6. Our research indicates, and we are basing it upon the 14-14 score on the screen and the iso on Cal coach Jeff Tedford, that this footage would have come from the October 16, 2004 meeting between the two. Why Sorkin used this footage is beyond me.

Hamlet’s two friends, or so he originally believed them to be, in the eponymous Shakespeare classic. The two are sycophants as well as traitors. Don references them to attack the pretentious and what he believes to be disingenuous nature of the resignation announcement of congressman Thaddeus McCotter (the name itself should have provided a clue) last year. The announcement, in part, reads:

“The recent event’s totality of calumnies, indignities and deceits have weighed most heavily upon my family. Thus, acutely aware one cannot rebuild their hearth of home amongst the ruins of their U.S. House office, for the sake of my loved ones I must “strike another match, go start anew” by embracing the promotion back from public servant to sovereign citizen.”

McKenzie, wondering aloud to Slumdog whether the Pentagon’s official response to the Genoa report is buried in some secret internet portal, references both The Hobbit trilogy and the Harry Potter series. Mordor is the dwelling place of Sauron, the dark lord of Middle Earth, while Albus Dumbledore is the headmaster of Hogwarts. Only a geek like Slumdog would know that.

So the Pentagon would be Ricky and News Night would be Lucy, correct? “You got some ‘splainin’ to do.”

Will is over the moon at the fantastic ratings that the Genoa special received via the overnights. During its six-season run, from 1951-1957, the sitcom finished first in the ratings four times, second once and third once. It never did WORSE than a 43.7 share, meaning 43.7% of the households with a TV in America were tuned to it. Of course, it probably killed Sorkin not to dub in “Those are ‘Sharknado’ numbers, but then that would have been an anachronism.

Maggie is asked to name another lawyer and this is her quickest quip? Somewhere Atticus Finch and Ally McBeal weep. Besides, nobody below the age of 55 has ever seen that program.

9. “At some point at Little Big Horn, I’ll bet Custer led a unanimous vote that said, “I still think we can win.” 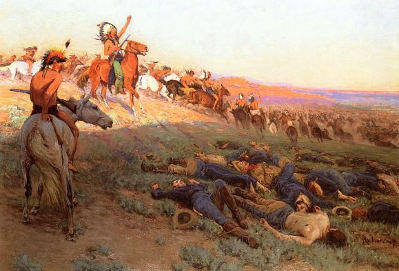 To clarify, the Arapahoe, Cheyenne and Lakota did NOT use Sarin.

Sloan Sabbith (Olivia Munn) references the Battle of Little Big Horn, one of the true Epic Fails in U.S. military history. Her point: Once the horse is out of the barn, no leader is really soliciting an underling’s opinion. The leader is soliciting your loyalty.

Sloan tells Don that he would fare poorly in prison but that she would “thrive” because, like Andy Dufresne, she has skills that would be valuable to the inmate population and the warden: she could invest their money and do their taxes. Sure, but whose poster would Sloan hang on her cell wall? Alan Greenspan’s? 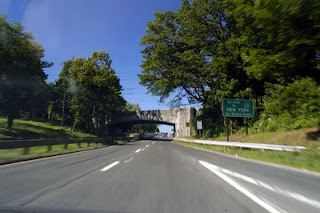 Oh, deer. We must be on the Merritt.

I don’t pretend to know every road way in America, but my two favorites by far are the Merritt Parkway, which runs parallel to I-95 in southwestern Connecticut and allows only cars, and the Natchez-Trace Parkway, which runs through Tennessee and Mississippi.

Not only does Will reference “All The President’s Men” and the clandestine rendezvous between Bog Woodward and his  Watergate source, but then Charlie travels to Washington, D.C., to meet his own personal DT in a parking garage. That’s exactly the same type of structure where Woodward met DT, when he was advised to “follow the money.” 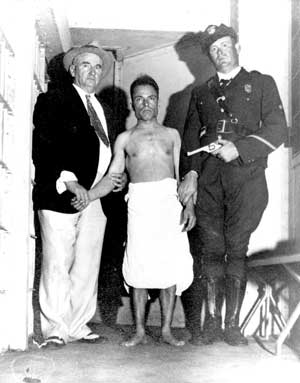 Zangara, being led to his execution by electric chair. No lie, his last words reportedly were, “Pusha da button.”

Hell, it’s gotten to the point where Sorkin is now annotating his own references in the episode itself. I’d expound on these cultural/historical references, but Sorkin has already gone through the trouble of having McAvoy, his mouthpiece, do so. Sorkin’s point: History often turns on what seems an insignificant variable. An aside: the reason Zangara was standing on a wobbly chair when he fired the shot intended for FDR? He was only five feet tall.

Mrs. Lansing attends a gala at the Museum of Modern Art in hopes of meeting the film’s star, Daniel Craig. This was the hottest movie of last autumn. It should be noted that Jane Fonda was never a Bond girl, though she certainly could have been.

Mrs. Lansing uses Holmes as a verb, suggesting to Mac that even a genius sleuth might have been unable to unearth Dantana’s dastardly deed before the show aired.