Last night in prime time ESPN aired a celebration of Hispanic Heritage Month (instead of just televising a Major League Baseball game, which is essentially the same thing), so it’s safe to say that it was not a circle-the-date-on-your-calendar night in sports. 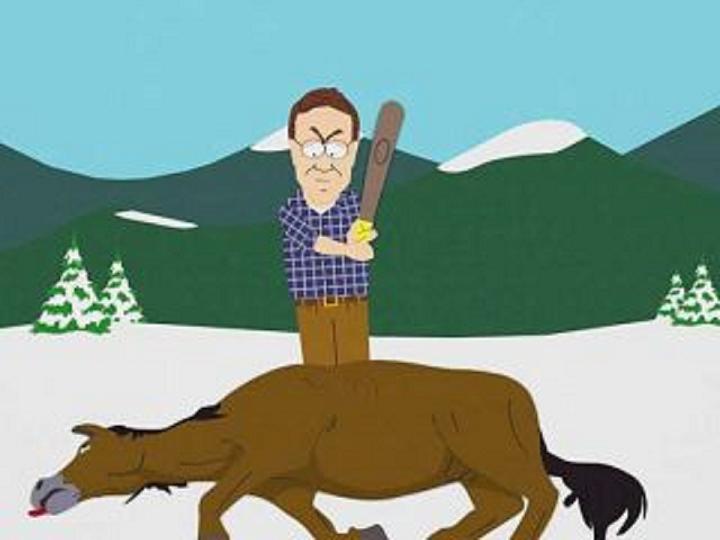 Remembering that it was someone from Stillwater –the band, not the town — who originally said, “He was never a person. He was a journalist.”

A) When last Friday I enumerated all those talented men and women who once checked facts at Sports Illustrated (Hey, kids, Ashley Fox will be on “Outside The Lines” today to talk Andy Reid!), I failed to note that some of those who arrived since my departure have already gone on to bigger (Pablo Torre, “Around The Horn”) and better (David Epstein, “The Sports Gene”) things. I also failed to take into account that some of the fact-checkers there now will likely also do so.

I apologize for the first oversight. As for the second, not so much: SI only lists two reporters on its masthead. It used to list all of them. I had no idea there were more than two reporters. My guess [I never phone friends at SI for information about SI…that’s why we’re still friends…or at least we were before Friday 🙂 ] is that these men and women are on “project” status, which means that they do not receive full or perhaps even partial benefits. If this is true, SI should address that. Don’t marginalize employees when it is convenient to do so, then tell us they’re on staff when it suits your purposes.

B) Either way, I imagine that these fact-checker CHECKED THE FACTS of the story to the best of their abilities.

(A quick aside: Tim Crothers, perhaps my favorite fact-checking alumnus, advocated a system called “Defensive Checking”: he only checked the facts for which SI could be sued. It eliminated half the work and was a very efficient means of checking. Once more in my life, I tip my cap to Timothy.)

Anyhoo, they may have checked the facts, but there was more to being a fact-checker when I was there. It was your responsibility to do some critical thinking. To analyze the story conceptually. To poke holes –or in this case, to cowpoke holes — in logic or in the writer’s premise IF YOU SAW THEM.

Those were the days…

So if I were a current SI fact-checker working on SI’s OSU series, here are questions I would have put to the editors:

1. Does our story explain HOW Oklahoma State improved, which is our stated purpose in embarking upon this series? (The answer is “No”, by the way).  Because Stanford improved greatly over the same time period. So, for a time, did Notre Dame. And they don’t, to my mind, pay players or do the hostess sexing (Notre Dame does not even have hostesses) or give no-show grades (Everett Golson, anybody?). And if either school did, wouldn’t that be a much BIGGER story?

2) We could find lots of schools (North Carolina, e.g.) who are involved in similar shadiness who have not improved. So isn’t our premise flawed?

3) T. Boone Pickens, a $165 million gift to the university. BOOM! Are we really going to simply gloss over that fact? Again, an aside. When I was at SI (1989-2001 and 2003-2006) a baseball team would be hot and so we’d dispatch a writer on Thursday to cover the “red-hot Twins” or some such outfit. By Sunday night, when the story was filed and being fact-checked that team, without fail, would have just been swept in its weekend series. We’d still run the story, but the editor would plug in a parenthetical such as, “Despite being swept by the Yankees over the weekend and outscored 203-2, the Twins are the hottest team in baseball.”

Oh, how I miss those moments.

4) How come Oklahoma State and not Oregon? Might it not look to a critical observer that we are “ducking” Oregon (yes, even my notes to editors would contain puns…it’s a sickness) because of Phil Knight, Nike and the potential adverse effect on advertising revenue? Those are just some of the questions I’d ask. And maybe a current SI fact-checker, or hopefully, a current SI editor posed those very questions. If there were ever a time SI needed Jim Harper, or at least a Red Team 2 meeting…If they did, I’d invite them to come forward (and I’ll be happy to find you a job serving diners with me in Manhattan…it’s actually more fun than fact-checking, by the way).

C) None of this is a problem if Sports Illustrated does not state in its official “Overview” the following:

How does a Division I program make such a large leap in such a short time? SI  dispatched senior writers George Dohrmann and Thayer Evans to begin searching  for the answer.

I’d argue with the honesty behind this statement. I have no proof, but here is what I believe happened. Evans, who knows the Sooner State well and was raised there, goes in search of low-hanging fruit. He tells the editors that, via old contacts and people he has come across while wearing out the soles of his cowboy boots in the past, that he can dig up some dirt on corruption taking place at Oklahoma State. Terrific, someone thinks, but HOW do we frame it? Oh, I got it, let’s say it’s an attempt to discover a reason behind Oklahoma State’s rapid ascent.

Bad idea, for the aforementioned reasons.

Now, if SI had simply come out and said, We’re going to peek behind the curtain of a major FBS program. We’re going to show you some of the stink therein as a means of exposing the systemic septic nature of big-time college football. Let’s toss it out and start over from scratch (and let’s not ask Bob Bowlsby to help). If SI had done that, I know that I wouldn’t have been so critical of the series. Many others would not have, either.

In fact -IN FACT! — SI sorta did just that. After providing an “Overview”, and then running a five-part series, yesterday SI penned a “What It All Means” piece which, on the surface, was an attempt to tell us…what it all means. Because you and I are apparently too dumb to understand it (Later, Chris Rock will explain the concept behind his, “Married and bored, single and lonely” joke). But what that really was, Jerry Dantana, was an attempt to make us forget that last week their stated premise was to show us how OSU got better so quickly.

When our team of writers and editors conceived of this project  nearly a year ago, the goal was straightforward…we thought it was essential to ground the discussion in  detail by taking a deeper, longitudinal look at a BCS program…”

Ohhhh. You wanted to take a deeper, longitudinal (longitudinal, not latitudinal) look at a BCS program. Why didn’t you just say so? Because that’s not what you said last week.

I’m doing my best to refrain from an ad hominem attack here (I prefer to leave those to Whitlock), but this is the M.O. of the ME whom I knew so well. “Oh, you think I meant that…no, no no: I meant this.” The difference here, though, is that we have it in print. And SI is contradicting itself, just hoping that you and I don’t notice.

What was it that Whitlock told Keith Olbermann on the night his eponymous show made its debut, in referring to Deadspin? “Someone has to watch the watchers.”

Guess what? I’m watching the watchers. And this was intellectually dishonest.

D) Speaking of Deadspin, two of SI’s editors (one of whom is my favorite writer currently employed at SI and as smart and sharp as anyone on staff) did an interview with that site yesterday about the series. The fact that, one week into it, SI and not OSU is the story speaks volumes. As does the fact that SI even consented to the interrogation.

What the editors never tell Deadspin, and kudos to the site for grilling them about it near the top, is that they picked ONE school because it was the path of least resistance. Thayer Evans had all these supposedly great sources and interviews and so we just decided to ride that horse and we could tell the same story without having to exhaust as many resources.

Also, nowhere in the Deadspin interview do the editors state that their intent was to see how Oklahoma State improved so quickly. They are SO walking back from that premise now, aren’t they?

1) Did these interview subjects, all of them, realize that they were being interviewed?

2) Did these interview subjects, all of them, know that their conversations were being recorded?

3) Did any of them ask, “What’s this story about?” and what was Thayer’s answer?

Granted, there’s a gray area when interviewing people for a controversial piece. There are also baseline ethical standards. If you read this blog entry you may find it hard to reconcile the idea that Evans was acting ethically in the pursuit of this story.

Finally, I’ll address a question many of you may be harboring: Why do I hate Sports Illustrated so much? Au contraire, mon frère. I’ve been obsessed with the magazine since I was old enough to read. Had my bedroom wall covered with SI covers when I was a boy and had my dorm wall adorned with a few SI covers from the early Holtz era, then fulfilled a lifelong dream –granted, I had not been alive that long –when I was hired to work there. As noted above, I worked there for 15 years –it was hardly a cup of coffee. 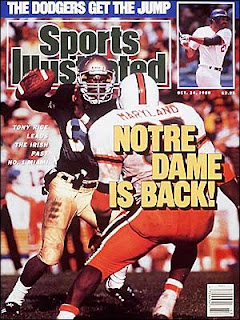 I love the magazine and what it has the potential to mean, a potential often met and yes, even under the current administration — to the sports ecosystem. And, as someone who knows the place well and whose opinions about it no longer have direct consequences, I’ll continue to chide it when it underperforms and praise it when it does well.

Because, let me tell you, what they’re doing over at ESPN the Magazine isn’t exactly journalism. It’s sports writing, but it’s not journalism. They’re attached to the teat; they cannot do that. Sports Illustrated still has the power, and I’d say it has the moral imperative, to perform such feats. To be, dare I say, as great as Yahoo! Sports.

And, by the way, I launched this blog on August 16, 2012. Which is SI’s birthday. That was hardly a coincidence.

Thanks for reading. I’m off to see if Taylor Warren is still hiring for that media consulting firm that she’s launching.