Somewhat inexplicably, and without ever being regarded as the best team in baseball, the San Francisco Giants have won two of the past three World Series (in 2010 four teams finished with better records; in 2012 five were equal or better) . In fact, their record in World Series games this millennium is 8-1. Prit-tee, prit-tee good.

In the 2010 World Series, Tim Lincecum, alias “The Freak”, alias “This Guy’s 5-11, 170 Pounds, So How Come We Can’t Pitch Like That?”, went 2-0 as a starter. In the 2012 Fall Classic Lincecum, pitching exclusively in middle relief, threw 4.2 innings of no-hit ball, striking out eight of the 15 batters he faced and walking one. Again, prit-tee, prit-tee good.

Lincecum in no way resembles the same pitcher who won back-to-back Cy Young Awards in 2008 and 2009, last July’s no-hitter notwithstanding. He is, however, a beloved figure in the Bay Area and the face of the Giants’ pair of championships.

Kanye’s proposal to Kim came not out of left field, but in fact, center.

So while it is true that his ERA was an abominable 5.18 in 2012 and a pedestrian, at best, 4.37 last season, it is not inexplicable that the Giants would sign him to a two-year, $35 million contract yesterday. Hey, it’s smarter than what the Tigers did with Justin Verlander a year ago (eight years?!?) and Lincecum is still only a seven-year veteran.

“I may or may not play ball next season. Right now we’re off to buy Aerosmith tickets. Top priority of the winter.”

So, if you think this deal is bizarre or exorbitant or inexplicable, well, okay. But in terms of unnecessarily extravagant displays of affection this week at AT&T Park, it still finishes second to that whole Kanye-Kim proposal stunt.

Nieto is one skater who traces his history to south, as opposed to north, of the border.

It isn’t even Halloween yet, which means Barry Melrose probably has yet to be released from his crypt, so why am I mentioning hockey? After all, didn’t the NHL wait until after Christmas to start its season last year and did anyone really have that much of a problem with that? Consider this a slight nudge that the San Jose Sharks, the Real Deal of Teal Seal Killers, are the league’s last unbeaten squad at 8-0-1.

The Sharks had been averaging 4.9 goals per game, a full goal better than the next best NHL squad, until Monday night’s 1-0 shootout win in Detroit. One Shark to keep an eye on: rookie left wing Matthew Nieto, a Boston University product who, while a typical Californian, does not fit the standard NHL profile: Nieto was born and raised in Long Beach, Calif., and he is Mexican-American.

3. Is Netflix a House of Cards?

“Honey, please tell me you sold our stock before Mr. Icahn sent that tweet.”

That ol’ wily billionaire Carl Icahn is at it again.

Yesterday Netflix (NFLX) , a company whose stock price in just the past year had soared from about $58 a share to nearly$350 per share, opened up at nearly $390 per share. That’s when Icahn, who had bought a 10% stake in the company last November when it was trading at $60 per, tweeted, “Sold block of NFLX today: Wish to thank Reed Hastings, Ted Sarandos, NFLX team and last but not least, Kevin Spacey.”

After Icahn’s tweet, shares of NFLX plummeted more than $60 per share, or more than 15%. It is currently trading at $324. The best metric of a stock’s value –says this sportswriter who never took a finance class so why listen to him?– is P/E ratio, and NFLX has 276 times earnings. Apple (AAPL), by comparison, trades at a sane, some would say ridiculously cheap, 13 times earnings.

Which is just another way of saying that, as a stock, NFLX itself is a House of Cards. Something that Mr. Icahn exposed yesterday, while walking away himself with a reported $800 million profit.

4. “I Can Call You Betty/And Betty When You Call Me/You Can Call Me Al” Arizona State, where “dark and stormy” always refers to a cocktail, not a forecast.

A man walks down the street,

He says, “Why am I wearing a Sparky mask?”

Why am I wearing  a mask at all?

When my actual face is well-known?

In the state of Arizona, where you can

Get shot for less.”

So America’s weatherman, Al Roker, invades Taylor Place dorm at Arizona State’s downtown Phoenix campus yesterday morning as a promotional stunt for the Today Show. Yes, the young ladies are ardent fans of Today, but maybe Al and the Today producers read that recent issue of Playboy that ranks ASU as the No. 9 party school in the nation (and Doug Tammaro thinks the Sun Devil football team is underrated!). 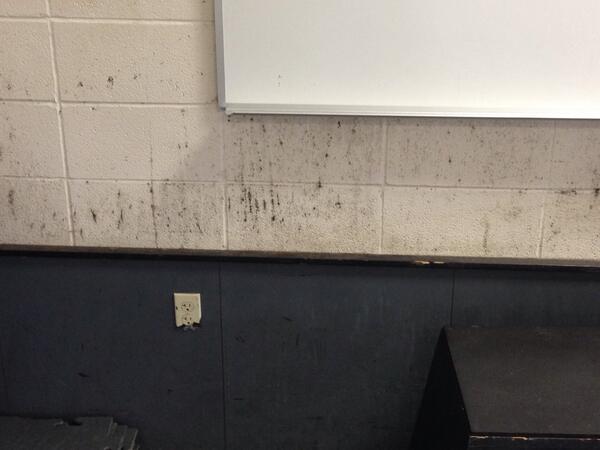 Grambling facilities: Where’s Phil Knight when you need him?

A few words about college football this week….Miami: I don’t care. I don’t care about show-cause, or NCAA sanctions. Good for Miami. Bad, again, for USC. I think we’ve read this story before. Grambling: Remember that scene in “Rise of the Planet of the Apes”, when Caesar bellows, “NO!” It’s significant not only because Caesar stands up for himself, but also because we learn that he has a voice. Tidal shift. That’s the Grambling situation. We learned that college football players have a voice. As I’ve said numerous times, if college football players really want to effect change, go on strike. Which is what Grambling’s player did, at least for one Saturday. The only thing separating Grambling from their FBS brethren is what they were unwilling to put up with. Your move, well-taken-care-of SEC players.

Why? Because this late into the season, I’m going to subscribe to the “Scoring Defense rank + Scoring Offense rank Sum That Is The Lowest Number” theory, and the Seminoles’ 3+3=6 sum is exactly that. Also, Jameis Winston may be the most dynamic quarterback on an undefeated team. May be.

Next up: North Carolina State.

The Crimson Tide surrendered 21 points in the fourth quarter in College Station. They’ve allowed a grand total of 16 in the five games since (yes, Johnny Manziel is that dynamic). And, according to Wes Rucker, only once in the past three games has an opponent even advanced to the red zone. Bama is going to miss safety Vinnie Sunseri, who will miss the rest of the season due to a knee injury.

The Ducks are averaging 60.5 points per game in four contests at Autzen Stadium, where they host the No. 12 Bruins on Saturday. Most schools never score 60 points in a game all season long.

Do I think the Buckeyes will wind up in Pasadena? Yes. But they’ll be playing on January 1, not January 6.

Next up: Penn State

A month ago, they probably were considered the 4th-best “Tigers” in the country. Now they’re the fifth-best team? Until someone proves otherwise, yes.

Dorial Green-Beckham: The nation’s most coveted recruit two years ago has 30 receptions for Mizzou this season.

Are the Bears, who lead the nation in scoring (64.7 ppg) and are 7th in points against, really that good? We wont’ find out until November when they face three teams that are currently in the Top 25.

Next up: at Kansas

The state of Alabama is 2-0 versus Johnny Football this season.

Up next: Florida Atlantic

Trailing by six with one minute to play at Utah, the Cardinal had 3rd-and-2 from the Ute 6. They threw twice, both incomplete. David Shaw would love to have those plays back. 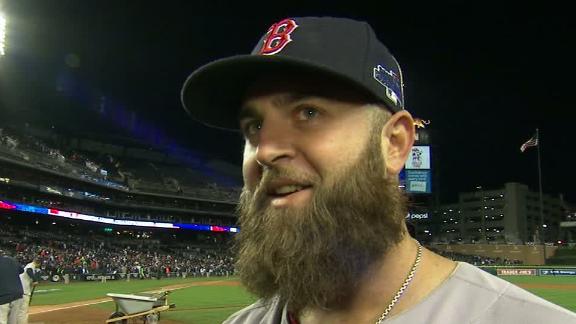 Red Beards versus Red Birds. St. Louis’ clean-up hitter Allen Craig, who batted an MLB-best .454 with RISP but who has been out since September 4 (sprained foot), returns. I’m always wary of a man who has a game-show host name.