At a moment like this, sharks are the least of your worries.

That’s Carlos Burle of Brazil at the Praia do Norte, just off the coast of Portugal, most likely setting a world-record for the tallest wave ever surfed. Wave-measurement is an inexact science, but it is believed that Burle, riding out a remnant of the St. Jude’s storm that has rocked the European coast, topped the record of 78 feet set by Garrett McNamara in 2011 (McNamara was on the scene to witness Burle’s ride and, in the spirit of big-wave surfing bonhomie, seemed genuinely pleased for Burle).

Only one day earlier Burle had been towing another Brazilian surfer, Maya Gabeira, when the wave crashed down upon her and knocked her unconscious. As these pictures attest, Burle performed CPR on her and most likely saved her life. The following day, he set his record. 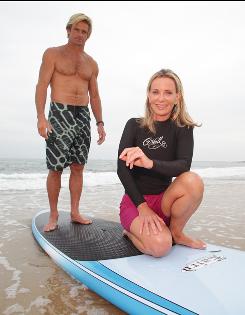 Author Susan Casey, with Laird Hamilton (as Gabriella warns, “Hands off my husband’s board!”)

If you want to learn more about big-wave surfing and the mental state of people who attempt it, I highly recommend Susan Casey’s “The Wave.” While the entire tome may have been one attractive middle-aged female’s literary quest to at least flirt with Laird Hamilton, it’s still an incredible read.

Big Papi has yet to strike out in the World Series.

David Ortiz is hitting .733 in a World Series and it’s not taking place in Williamsport, Pa. Just to be clear.

The greatest batting average in a World Series belongs to Mickey Hatcher of the Cincinnati Reds in 1990, who in a four-game sweep of the Oakland A’s went 9 for 12 (.750). However, if you up the plate appearances to beyond Hatcher’s 15 (Hatcher drew two walks and there was probably a fielder’s choice involved), no one tops Ortiz’s .733. The next highest batting average in a World Series beyond 15 PA’s belongs to Babe Ruth, who hit .625 in a four-game sweep of these very St. Louis Cardinals in 1928 (revenge for being thrown out by the Cards as he was attempting to steal second to make the last out in Game 7 of the ’26 World Series).

A couple more things: Ortiz, who still needs to bat tonight and thus see his average fall (though the Cards could very well walk him every time at-bat), has yet to strike out this World Series. His teammates, who are batting a collective .151, have struck out 50 times.

It was only three seasons ago that inveterate Boston columnist Dan Shaughnessy wrote in a piece that appeared on SI.com that “Ortiz will never again be the slugger he once was.”

Which begs the following questions: Has Ortiz, at 37, simply come all the way back from his injuries and enjoying the fruits of both recovered good health and experience? Or is Ortiz, who was one of 100 players named in a 2009 New York Times piece as one of roughly 100 players whom baseball put on its doping list in 2003, gone Armstrong on us and we’re just too infatuated to care?

Recall, Ortiz was literally released by the Minnesota Twins after the 2002 season. No other team would accept him in a trade, and then Boston signed him for $1.25 million. Ortiz, who broke in back in 1997, has had a Hall of Fame career since then with the exception of 2008 and 2009 when he hit .264 and.238, respectively, and had his lowest home run totals in a full season of play since joining the Red Sox.

Don’t accuse me of accusing him. Accuse me of, in a year that has given us the Lance Armstrong and Ryan Braun mea culpas, of at least broaching the subject. 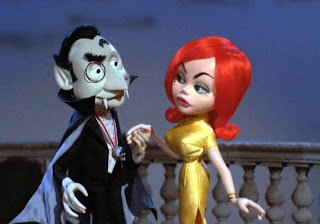 Dracula puts the moves on Francesca

Last week I was scrolling through lists after typing in the Google search, “Best Halloween Specials”, hunting for a Halloween special I’d watched as a lad but whose title I had forgotten. Not one search list included the stop-action animation film I’d recalled seeing but eventually, by typing in words that sounded correct (“Monster”, for one), I found it.

The film is available on Netflix and it’s a hoot. Released in 1967, it possesses the same appetite for camp that another show of that era, “Batman”, did. The premise is that Dr. Frankenstein –voiced here by the legendary Boris Karloff, who is the DeNiro of horror movies — is retiring from the monster-making business and has convened all the world’s top monsters to an island to announce an heir to his throne.

It’s basically “Willie Wonka and the Chocolate Factory” with fangs. Phyllis and her mate, in the film. In her act Diller used to refer to a husband named “Fang”, which was entirely ficitional.

One of the funnier conceits: Phyllis Diller plays the Frankenstein monster’s mate, and her puppet caricature looks, well, EXACTLY like her.

4. The Season of Swaggy P 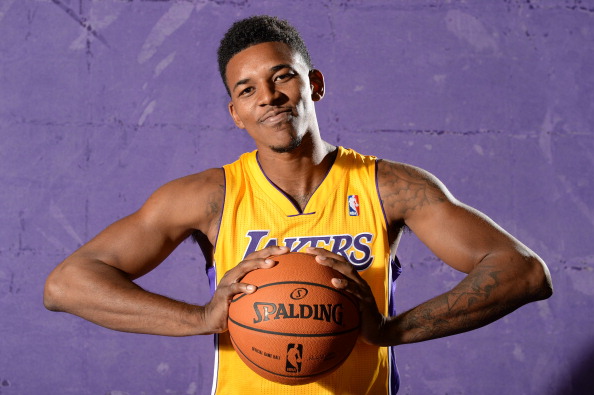 The intramural rivalry and season debut of the Los Angeles Clippers and Lakers was not two minutes old when Stephen Douglas of The Big Lead tweeted, “Nick Young is already my all-time favorite Laker.”

Mine, too! Young, who grew up in the Southland and played college hoops just an exit or two down the Harbor Freeway at USC, made his Lakers debut last night and appeared more than prepared to pick up the swagger slack caused by the absence of one Kobe Bean Bryant. The acrobatic Young, who goes by the nom de hoop of Swaggy P, is a seven-year NBA veteran, but he was totally out of his element playing on the East Coast in D.C. and Philly (he did play one season for the Clips, but we’ve all forgotten that, too).

The six-foot-seven Young scored 13 points as the Lakers surprised their rude co-tenants, 116-103. Sure, three other Lakers scored more points and their entire 41-point 4th-quarter barrage was scored by the second unit, but Young’s flash stood out. He’s brazen, and a world in which Kobe must sit by in street clothes and quietly rank the Laker Girls in his head to pass the time, We need Nick Young.

If only this SI cover (that’s former Clippers Young and Chris Kaman) had actually appeared.

The Lakers are plucky underdogs, damnit, and that doesn’t happen often. And Nick Young is their flag-bearer. You strut your bad stuff, Swaggy P. Torrents of rain notwithstanding, the denizens of Autzen are fair-weather fans.

A former University of Oregon football player attended Saturday night’s game versus UCLA at Autzen Stadium and came away thinking Duck fans are quack. Then he wrote a letter to John Canzano of The Oregonian about it. Is anyone really that surprised by their behavior?

You may recall that a disgruntled Duck alum wrote a first-year Oregon coach after Oregon lost its 2009 opener and whined that he deserved his money back for having traveled to watch such a putrid effort. The alum, Tony Seminary, even sent the coach an invoice for $439. And that Duck coach sent Seminary a check for that amount.

The coach, of course, was Chip Kelly, who would go on to win 46 of his next 52 games as Oregon’s coach. But you can see why he left for Philadelphia now, no? 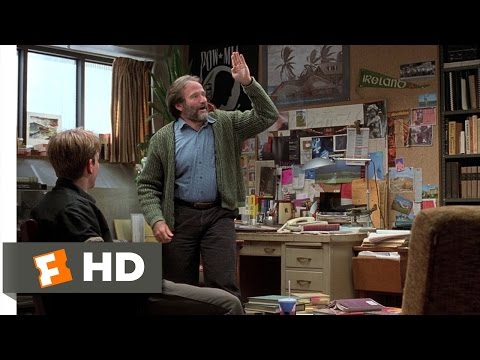 Never mind Helen of Troy. You can sell a bleacher seat for north of $1,000 and watch the game on TV.

Remember that scene in “Good Will Hunting” in which Sean Maguire tells Will Hunting that he scalped his ticket for Game 6 of the 1975 World Series after telling his buddies he had to “go see about a girl.”? Well, if you find yourself in a bar on Yawkey Way tonight with a ducat to Game 6, just know that you can probably hawk it for at least $1,100 and as much as $12,000, according to StubHub. And yes, the last time Fenway Park hosted a World Series Game 5 was the night Sean met his future wife.