It’s no Moose Jaw. It’s no Medicine Hat. It’s not even Saskatoon.

To get there, head west through North Dakota until you arrive at the Montana state line (Have you been there? I have. It makes western Kansas appear bustling), then make a right.

There’s a song by a band called The Weakerthans whose refrain is “I hate Winnipeg” (the title of the song is “One Great City!”) but Winnipeg is London compared to Regina.

And yet Regina can stand tall today because the provincial capital of Saskatchewan is home to this year’s Grey Cup champions. The Roughriders defeated the Hamilton Tiger-Cats (I’m not sure why they employ a hyphen, either) 45-23 last Sunday.

–Former Purdue running back Kory Sheets rushed for 197 yards for the RRs, breaking a 57  year-old Grey Cup record for most rushing yards in a game. Sheets was named the game’s MVP.

–Saskatchewan native Chris Getzlaf, who caught three passes for 78 yards, was named the game’s Most Valuable Canadian. Because that’s a thing.

–They do a halftime show at the Grey Cup (Canadian native Bieber did NOT perform). The Canadian pop group Hedley performed “Anything” while a snowmobile flew over a ramp at midfield. Seriously.

–Even though the Grey Cup rotates each year to a different venue, the last three host sites have also just happened to be the home stadiums of that year’s Grey Cup champ. Next year’s site: Vancouver, home of the BC Lions (as opposed to Lion-Cats).

–During pre-game introductions, the Roughriders eschewed the Grey Cup (and Super Bowl) tradition of players being announced individually on one side of the ball and instead all stormed the field together.

–I believe it was warmer in Regina’s Mosaic Stadium on Sunday (30 F) than it was in Foxboro’s Gillette Stadium.

—Teddy Roosevelt’s face is not on the side of the Rough Riders’ helmet. No one would tell me why not.

Lynch broke his own single-game rushing record for a quarterback, 316 yards, with last night’s 321-yard effort.

Pushing his way into the Heisman invite conversation? Northern Illinois quarterback Jordan Lynch, who rushed for 321 manly yards on 27 carries in last night’s 33-14 defeat of hap-challenged Western Michigan. Lynch is second in the nation in rushing with 1,755 yards and only one back in the top ten, Wisconsin’s Melvin Gordon, has a higher yards-per-carry average (8.2 to 7.1) than Lynch. More impressive? The Huskies never lost at home in Lynch’s two seasons as a starter, posting a 12-0 record in DeKalb (they’ve actually won 27 straight at home since a 34-31 defeat to Idaho in 2009).

Will all that glory earn the Chicago native a flight to New York City next month? We’ll see. For every outstanding effort, individual or team, in college football, there is a contrarian group who will point out the flaws in that effort. The Lynch mob in fact became so obstreperous last night that it incited the ever-placid Stewart Mandel of SI.com to tweet, “To all the party poopers: If rushing for 321 yards against Western Michigan were so easy, how come everyone doesn’t do it?” which led to ESPN’s Brett McMurphy facetiously noting that this makes his esteemed colleague a “party-pooper pooper.”

Would you rather lose to Dayton in Maui or in Dayton in late November? We thought so.

There’s no reason, if you’re a Division I college hoops program, to remain in the Contiguous 48 this week. Thanksgiving week is college basketball’s bowl season, and the itinerant longings, the peregrinations, if you will (I will), have never been more numerous.

C.J. Fair probably loved escaping from Syracuse to Maui this week, but he didn’t enjoy the cut he received on a posterizing dunk.

Is there anything wrong with that? Not necessarily, although if you’ve been watching, as I have, you’ve noticed that some of these arenas have more empty seats than occupied ones. No matter. These are not basketball games so much as they are television programming. ESPN owns many of these “classics” and the TV ad revenue more than compensates for whatever is not earned at the gate. Besides, there’s something about an 11:59 p.m. tip-off (Eastern time) between Dayton and Gonzaga in Maui that we insomniacs love.

Here’s footage of Fair, above, taking one to the cheek versus Minnesota. 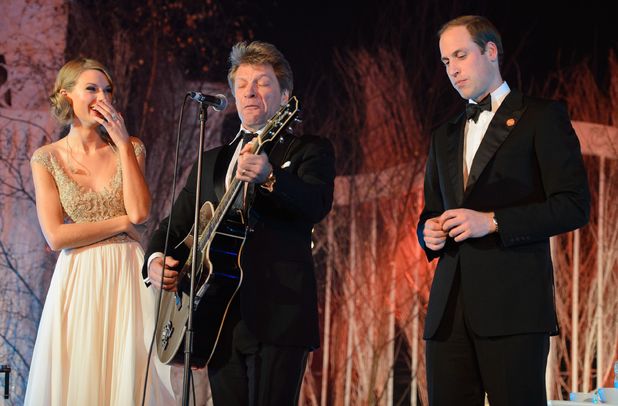 Swift has now sang backup with a prince, just not THE Prince.

Famous Notre Dame football dad Jon Bon Jovi joined Taylor Swift, whose brother formerly attended Notre Dame, and Prince William, who rightfully so has no affiliation to a school whose teams refer to themselves as the “Fighting Irish”, onstage for a rendition of “Livin’ On A Prayer.” The venue was Kensington Palace outside London and the affair was the Winter White Gala, a charity benefit attended by 200 people which is code for “investment bankers.” 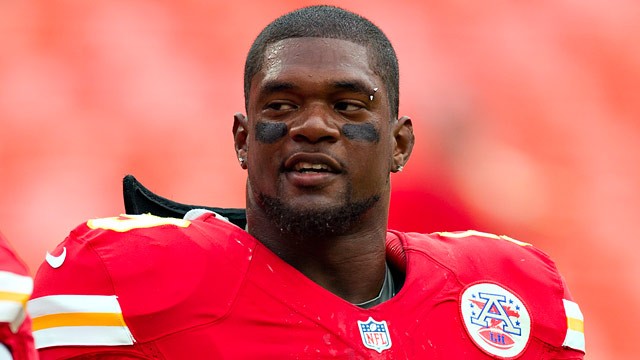 Belcher. He earned respect for making it to the NFL, and he should earn disdain for ending a woman’s life.

Back in September the web site Gawker decided to fire a cannon volley from its glass-hulled ship at Bleacher Report by leading a story with this sentence: “Bryan Goldberg is the 30 year-old founder of Bleacher Report, an enormously popular sports site written by and for idiots.”

I laughed. I saw the hypocrisy of it all, but I laughed.

Then Bleacher Report hired Howard Beck away from the New York Times. And then it reached out to former Sports Illustrated senior writer Jeff Pearlman to pen a long-form piece on former Kansas City linebacker and murderer Jovan Belcher.

Twitter, as it is wont to do, splooged all over Jeff with praise regarding the profile. Because, unlike me, most people are too nice to publicly offer a criticism of someone they respect in a field in which they also operate (you may construe this as bad manners on my part or a sincere desire to examine journalism, or both). Or maybe because the art of critical thinking has been lost in the age of “How many Likes did this receive?”

There are some valid empathetic notes sounded here: the relentless pressure an NFL player faces to remain on the field no matter the injuries and aches and pains, as we all know that NFL contracts are not guaranteed; the uphill battle a low-profile player from a school such as the University of Maine faces just to make the league; a player raised by a single parent (mom, of course) going all-in to escape his plight; the chance that Belcher’s murderous behavior –he shot his girlfriend and the mother of his infant child nine times before later turning it on himself–was triggered (sorry) by a concussion suffered the week before and by a series of them before that.

Hear, hear, on all of that.

Here’s the other side of the story, though: a young, uneducated woman becomes pregnant. Her wealthy and highly esteemed boyfriend takes care of the financial side of things, but leaves her no leverage in any other way. He goes out when he wants, with whomever he wants, and does whatever he wants. And comes home whenever he wants.

When Belcher finally secures a million-dollar contract, he buys a Bentley and creates a man cave –this was an extremely telling vignette in Jeff’s story — in his home inside of which he has posted five rules:

(I mean, if it’s self-parody then it’s funny; but the events that later transpired suggest that it was not)

There’s another side to this story: the victim’s side. Kasandra Perkins’ side. And it was not incumbent upon Jeff to relate that side of the tale, but it may help when reading a story to take the facts and anecdotes for yourself and then to decide for yourself, independently of the author’s tint, what you think.

I may have told this tale here before, but 18 years ago I spent a day with a Kansas City Chief player. Ostensibly, I had come to do a story about how he and his wife co-owned an Italian restaurant (he was African-American, which made the tale more curious to me). When we arrived at his house, just before he opened the door, he said, “Now, John, you’re not going to get me in trouble, are you?”

A moment later a lovely, shapely blonde greeted us with a pitcher of frozen margaritas (it was about 4 p.m. on a Monday). It wasn’t his wife. It was his girlfriend. With whom he lived.

This was and this is the NFL.

So, yes, Jovan Belcher may have been feeling some pressure. We all do. He also took the life of an innocent woman whose greatest crime, I imagine, was getting up in his face about his carousing and cheating and coming in after dawn. You know, of being a bitch.

That’s the other side of this story.

One thought on “IT’S ALL HAPPENING! Wednesday, November 27”