Did Sam Bowie ever score 36 points in one game? I’m going to guess no.

Damian Lillard: scores 36 points, including the game-winning three-pointer, in a 119-116 at Cleveland.

Matthew Lillard: cracks open a beer and waits for agent to phone telling him that Scream 5 is a go.

This was Lillard’s second game-winning bucket in as many contests, both on the road, as he also drained a fallaway runner in overtime at Detroit on Sunday night.

The Men Who Blaze Trails are now an NBA-best 22-4 and it may be time to finally doff the cap at Portland’s draft night decision-making. The franchise that famously selected Sam Bowie over Michael Jordan with the No. 2 pick in the 1984 NBA draft (the Rockets, with the No. 1 pick, chose Hakeem Olajuwon; hard to fault them for that) and Greg Oden ahead of Kevin Durant with the first overall pick in 2007 scored big when it chose Lillard as the 6th pick in 2012. The Weber State product was the NBA’s Rookie of the Year last season and is averaging 20 ppg this season in a complementary scoring role to LeMarcus Aldridge (last night Lillard connected on eight three-pointers).

That’s Bruce Dern and Will Forte in Nebraska, a film about a delusional old man who believes that he holds a winning lottery ticket. So, in other words, we are all of us Bruce Dern. Which means that Laura Dern is coming over for Christmas dinner, so you’d better tidy up.

Apparently, two winning tickets were purchased, in Georgia and in San Jose. Meh.

Actually, how cool would it be if Bruce Dern himself won the lottery? That would make it Meta Millions.

Personally, I was amused when I strolled into my local bodega last night and saw five people ahead of me waiting in line to buy Mega Millions tickets. My first thought was, I have a 16.6% chance of winning the Mega Millions just among the people in this store right now, and that’s assuming that we all are buying the same number of tickets. Oh, sure, I still bought five, but there’s a reason people refer to the lottery as “poverty tax.”

3. Where Have You Gone, Norman Dale?

“My wife…MY WIFE could score more than two buckets on eleven shots, because I know my wife will at least shot-fake one time…”

That’s Southern Illinois coach Barry Hinson ranting after his Salukis lost last night to fall to 2-8, and of course every one will run with this video, and then they’ll link it to former Coastal Carolina coach David Bennett’s “Be A Dog” rant, and everyone will giggle.

But these coaches are just saying what so many of their peers are thinking: What ever happened to coachable players? Now, sure, there are the Mike Rices of the world (remember him? Rutgers?) who are absolute martinets, tyrants.

Listen to when Hinson says, “This is the big time…people lose their jobs.”

Exactly. In order to compete you need talent. The trick is to develop an atmosphere where talent works in the best interests of the team and where it actually respects-and yes, often fears–the coaching staff. I think that’s why Geno Auriemma prefers coaching women; and I think that’s why Mike Woodson is so miserable these days.

4. U Conn Touch This

The pride of Montella, Italy.

Last night No. 1 Connecticut (10-0) visited No. 2 Duke (10-0) at Cameron Indoor, and it wasn’t even close. The Huskies led by 15 at the half and cruised to an 81-63 victory. You have to hand it to Auriemma: last season he knew he didn’t have the most talent in the Final Four and still the Huskies won the national championship, this in a season when Baylor had Brittany Griner and Notre Dame, whom UConn defeated in the national semifinal, had Skylar Diggins.

That tied Geno with Pat Summitt, his longtime hardwood nemesis since retired, with eight.
He’s gunning for nine now and unless at least two of the Huskies’ starters are injured, I don’t see this team losing a game. They face Louisville, the team they defeated by 33 in last April’s national championship game, twice. That’s the closest I can see them coming to losing. This would be Auriemma’s fifth undefeated season, by the way. 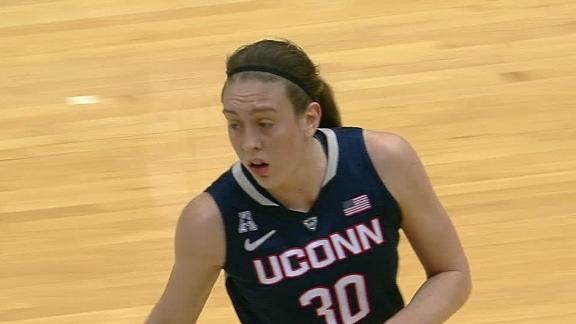 Sophomore Breanna Stewart led the Huskies in both points and rebounds last night, with 24 and 11, respectively.

I spent a season embedded with Geno and the Huskies (2000-01). He’s not an easy man to play for. I try to imagine 18-, 19-year old young women dealing with that scrutiny every day. But I know this: playing for Geno forges their character, and also, that no one can go from George Patton to Don Rickles quicker than he can. He’s a master.

Buffalo 66 was a movie. Buffalo 60 is the limit that Refuge officials intend to set.

They’re making cuts among the Colorado Buffaloes, and I’m not talking about the football team. There are 87 head of bison at the Rocky Mountain Wildlife Refuge in Commerce City, Colo., and officials have determined that, in order to prevent over-grazing, they’ll have to cut 27 head (can’t they just put them on food stamps?). Perhaps, literally.

Seriously, I don’t get this, but I’ll confess that I prefer animals to most people. Have you traveled in Montana, Wyoming or the Dakotas? You could set 1,000 bison free up there and no one would ever see them. Can we not rescue these 27 bison before they become someone’s delicious stew? Would it kill CU to have multiple Ralphies? Could we film a sequel to Dancing with Wolves (Dancing With Wolves 2: Prairie Boogaloo) that would get these animals some work? How about a zoo? Doesn’t anyone have room in their backyard?

Holly Anderson provides a college football dictionary on Grantland that is up to date. It’s nice to see an updated 2013 dictionary that does not contain the word “selfie.”

The Games at Sochi will not leave you snow-bored.

That’s Torah Bright, Aussie snowboarder, and reigning Olympic gold medalist in the Women’s half-pipe. Like most Winter Olympians…who don’t form their own bands and play a set at Lollapalooza… Bright vanished from view after Vancouver in 2010. But Outside Magazine has found the 26 year-old New South Wales native in time for a pictorial. Because, of course, she’s the reigning gold medalist in a cool sport. 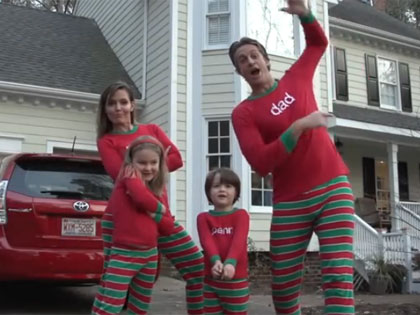 Christmas Jammies. Finally, a modern family that I can enjoy.

Sure, the Holderness family’s diabolical plan is working brilliantly by my posting this, but Christmas Jammies is a wonderfully creative video. A little TMI there at the end, Penn, with the news of your vasectomy, but even that was handled well.

Shaun of the Dead Did this film jump-start the zombie craze?

I  know, I know. Pacers at Heat. But LeBron may not play and you are going to be so OVER this story-line by April. Why not watch the best zombie comedy ever filmed? It’s Simon Pegg’s breakout role, although you may argue that he still has not truly broken out. This 2004 film is definitely worth watching, and it’ll put you in the mood for Christmas?