An accident like this one claimed the life of Philadelphia Eagle All-Pro defensive lineman Jerome Brown in 1992.

And this is before Clowney lands the big contract and buys hisself a six-figure sports car.

We all have a little Maverick in us (“I feel the need, the need for speed”), but Clowney, born and raised in Ricky Bobby territory, is gonna potentially shake and bake himself right into a casket.

Having caused this, you’d think Clowney would have a greater appreciation for the effects of mass times acceleration.

Jerome Brown. All-American at Miami, devastating force with the Philadelphia Eagles. In June of 1992 Brown peeled out of a Corvette dealership in his home town of Brookville, Fla., (the tire tracks were easily visible), lost control on a slick surface, and careened into a palm tree, then a utility pole, landing upside down. Both Brown and his 12 year-old nephew were killed.

If someone has a drug or alcohol problem, we send them to rehab (hello, Tyrann Mathieu). And we hope that they emerge the better for it. What do you do about Jadeveon Clowney’s problem? And what NFL team wants to take a chance on a kid who may be as likely to be involved in a devastating collision as he is to create them on the gridiron?

Sparty will have to give max effort without its leader on the field.

Still no specific word on why Michigan State’s Max Bullough, who had started a team-high 40 straight games for the Spartans at middle linebacker, was suspended for the Rose Bowl. Yet another bitter pill: Bullough’s grandfather, Hank Bullough, played every snap for the Spartans 60 years ago in the school’s inaugural Rose Bowl visit, on this exact field, of course, in a 28-20 win over UCLA.

Sophomore center Jack Allen told the USA Today, “We’re just going to have to bring an extra chip on our shoulder.” Well, sure, if you were in the Tostitos Fiesta Bowl. 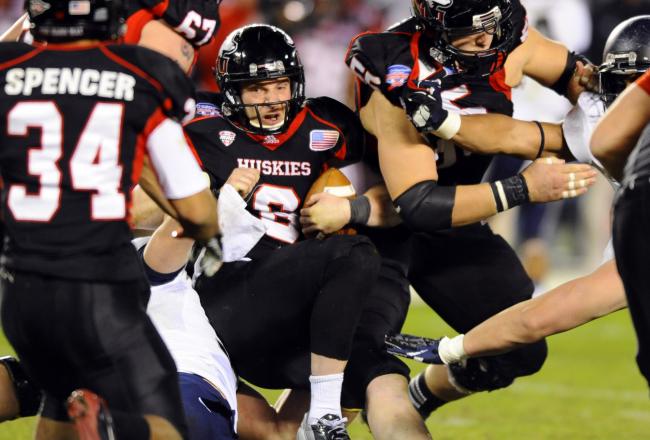 Those plucky mid-majors that were 10-0 and 11-0, respectively, last month, Fresno State and Northern Illinois, have each lost their bowl games. The Bulldogs lost to USC in the Las Vegas Bowl last Saturday night, 45-20, and the Huskies lost to Utah State, an 8-5 team without its starting quarterback whom incidentally Fresno State beat earlier this month, last night in the Poinsettia Bowl, 21-14. Heisman bronze medalist rushed for only 39 yards, thus failing to join the 2,000-2,000 Club. The team that beat NIU for the MAC championship, Bowling Green, lost last night to Pittsburgh (6-6 before the game) in the Little Caesars Shop of Horrors Bowl, 30-27. In fact, the MAC finished 0-4 in bowls. 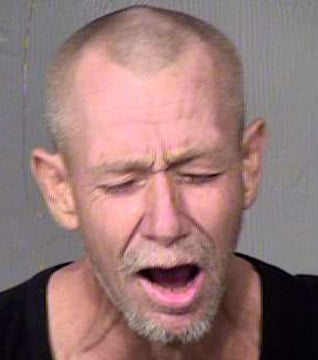 Phoenix resident Robert Bump, 49, scales a barbed-wire fence ringing the tarmac at Sky Harbor Airport, runs down a taxiing Southwest Airlines flight and slaps it. Officers arrive within minutes. Bump is now not free to move around the country. ‘Twas the day after Christmas/And on the front page/Was New York’s former gov/With a gal half his age.*

The long, cool woman in a black (and tan) dress is Lis Smith, 31, who is no relation to former New York Post editor Liz Smith, who is now 90. The fella is former New York governor and notorious patron of concubines Eliot Spitzer. And they’re headed to her parents’ house on Christmas morning.

What makes the story juicy is not the fact that Spitzer, 54, is still married to Silda Wall –one day earlier, this affair having been outed last week, Spitzer and his wife issued a statement (“We regret that our marital relationship has come to an end”) . No, it’s the fact that Smith is the spokeswoman for New York City mayor-elect Bill DeBlasio. So Spitzer has just handed one of his nemeses, the Post, weeks worth of scandalous front pages (to be fair, it was The New York Times that broke the story of his prostitution habit.)

A very happy 112th birthday to Marlene Dietrich. All she wants is “to be alone.”

NPR’s list of the “100 Favorite Songs of 2013.” Lorde’s “Royals” does not make the cut, nor does Capital Cities’ “Safe and Sound”, nor anything by Vampire Weekend. By the way, if you’ve never listened to NPR’s Saturday morning radio show, “Wait, Wait…Don’t Tell Me!” on Saturday mornings, give it a try now that College Gameday is over. It’s nerd-funny. 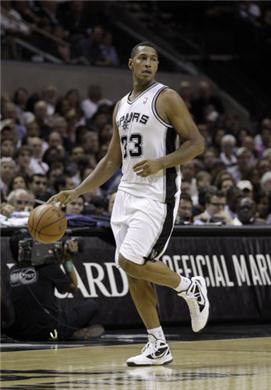 My theory: Pop makes Boris wear the tight jersey to induce him to lose weight.

Where have you gone, Oliver Miller?

Bruce Dern on “Inside the Actors Studio” did not disappoint. Also, he’s easy to parody, but James Lipton is a brilliant interviewer. The quick, staccato questions he opens with are like a lay-up line. He’s warming his guests up. I’m always amazed how earnest Lipton’s guests become when discussing “The Craft.” It’s because they can see how seriously he takes it.

The Friday between Christmas and New Year’s Eve. Fond memories of last year on this night, when the Steakateria was bustling with guests and we lost hot water about two hours into the dinner shift for the remainder of the evening. Did we close? Hell, no.

Imagine doing the dishes after Christmas dinner with no hot water. Now imagine you’ve just served more than a hundred guests and, oh yeah, more than that our on their way for their dinner. And you as a front-of-the-house server cannot explain to your guests why their meals, for which they will pay princely sums, are taking so long (“How about another bottle of Chateauneuf du Pape?”). Because who would want to dine at a restaurant if they knew their dishes had been cleaned with cold water? Good times.

The top-rated prep quarterback in the country, per Rivals.com, is Kyle Allen of Scottsdale (Ariz.) Desert Mountain High School. A high school, I should note, that sits at the foot of the gawjus McDowell Mountains and that is barely older (est. 1995) than the six-foot-three Allen himself . Allen has verbally committed to Texas A&M, a school that is losing a decent QB. No word yet on whether it’s true that A&M pledged that they’d name their field after him if he signed. 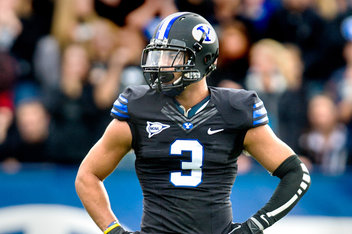 Kyle Van Noy. James Franklin would put him on his coaching staff.

There’s a few reasons to watch: U-Dub’s Bishop Sankey, the nation’s third-leading rusher; Kyle Van Noy, the BYU linebacker who is engaged to Miss Utah, which could draw a camera or two and hopefully an awkward comment from the announcing booth, and interim U-Dub coach Marques Tuiasosopo, who is not the voice behind Manti Te’o’s girlfriend.

One thought on “IT’S ALL HAPPENING! Friday, December 27”