“It should be the power of our votes, not the size of our bank accounts,” says President Obama, “that drives our democracy.” I’ve always wanted to see a presidential fund-raiser held at Dollar General. Sgt. Remsburg, above, was nearly killed while on his TENTH deployment to Iraq.

Welcome to The Jungle, NCAA. Sinclair’s novel on poor working conditions was set in Chicago.

The NCAA seethes at “The Kain Mutiny”, as recently departed Northwestern quarterback Kain Colter gathers signatures from his teammates to petition the National Labor Relations Board to provide them union status. The NCAA responds swiftly to this “Wildcat Strike” by announcing that the gesture “undermines the purpose of college: an education.”

Though I think it could be said that Colter’s and his teammates’ maneuver is ample proof that they have received an education. Thorny issue here, and like the Richard Sherman kerfffufle, it’ll serve mostly as a locus for others to project their own feelings on the role of big-time college football at a university and whether athletes should be compensated.

Look, NCAA, if as you say, “Student-athletes are not employees”, then can’t I say “academic institutions are not pro sports minor leagues?” Except that they have become so. Which is why you have this mess–that and the BILLION dollar TV rights deals that you sign with networks.

3. From Lorde to Servant of the Lord…in same month

Rolling Stone gets its first celibate cover model since Morrissey.

So, yes, Rolling Stone has featured both Pope Francis and the surviving Boston Marathon bomber on its cover in the past nine months. And, yes, the man who serves the Lord shows up just one issue after Kiwi teen sensation Lorde. Rumor is that Bill Miller spent two weeks on tour with The Holy Father and that at one point he stood on someone’s roof –or possibly it was a terrace in St. Peter’s Square–and yelled, “I am not a worshipper of golden gods!”

In case you missed these, SNL alum Bill Hader does some seriously good impersonations of non-human “Star Wars” characters (though would I then call them “imcreatureations?”). Which doesn’t really translate into a future role for him, but does make Hader a more attractive party guest.

Motley Crue is the reason VH1’s “Behind The Music” was born.

Eighties hair-band icons Motley Crue, who in the Eighties did for rock-and-roll what the Detroit Pistons did for basketball, announces that it will kick off a 72-city North American tour on July 2 in Grand Rapids, Mich. and then, following an international tour and a return to Home, Sweet Home, Tommy Lee, Mick Mars, Nikki Six and Vince Neil will go their separate ways forever. The quartet signed a “death pact” which states that if any of them attempt to reunite a bastardized version of the group, they may be sued, although it would be cooler if the penalty was not a lawsuit but actual death…by Poison! 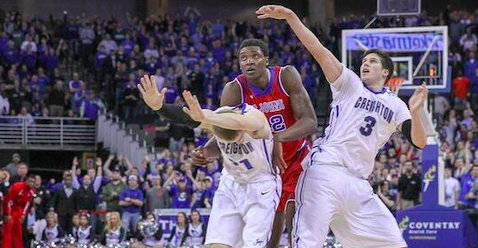 With teammate Ethan Wragge rendered ineffective due to a knee issue, Creighton’s Doug McDermott scores a season-high 39 points in a 63-60 win over St. John’s. The Bluejays blewjayed an 18-point second-half lead, but St. John’s inexplicably left McDermott open, albeit from 25-feet away, to drain the game-winner with two seconds remaining. Creighton moves to 21-2 as McDermott ascends to 18th on the NCAA’s all-time leading scorer list.

A U.S. Congressman from Staten Island, Michael Grimm, who is a former Marine, threatens to throw NY1 reporter Michael Scotto off the balcony of the U.S. Capitol rotunda for asking him a question about alleged campaign finance malfeasance. Then Grimm issued a Code Red.

So, Seattle’s Marshawn Lynch garners nearly as much attention for not talking as teammate Richard Sherman does for talking. I’m beginning to find myself rooting for the Broncos… by the way, the NFL charged fans $28.50 to attend the NFL Media Day session at the Prudential Center in Newark, sit in the stands, and watch the players being interviewed. That’s obscene. I don’t blame dads for taking their children to be able to see their heroes in person, but why must the NFL be so mercenary about it. Roger Goodell and the boys pocketed $199,500 from the event. 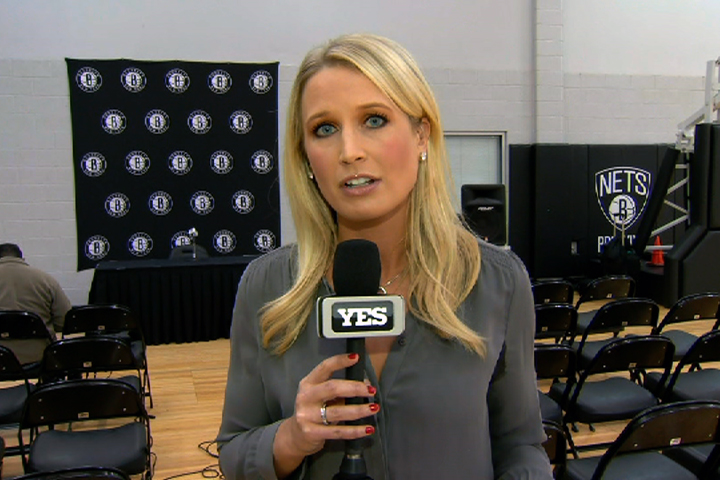 Kustok will have a difficult few months ahead.

Intriguing story that’s on the back-boiler for the moment: the murder trial of Allan Kustok, which has undergone numerous delays, appears finally set to get underway in mid-February. Kustok is the Chicago-area man accused of murdering his wife. His son is former Northwestern QB Zak Kustok and his daughter is YES Network reporter Sarah Kustok (a former Wildcat women’s basketball player), who does a fine job here in New York City. 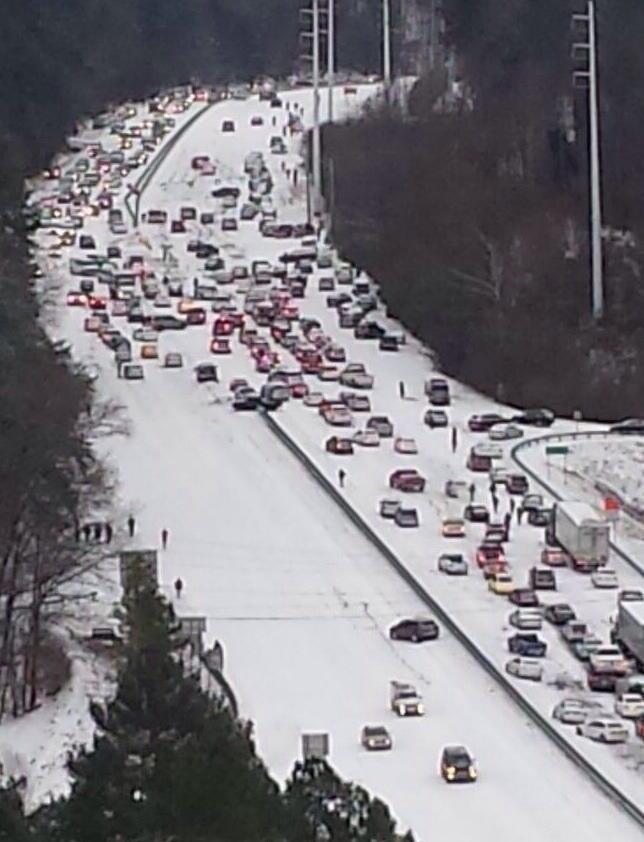 A mix of ice and snow –though not that much snow– has created terrific opportunities for the creators of “The Walking Dead” to shoot panoramic shots without having to stage them.

A winter snow-and-ice storm in the Deep South renders a deep freeze on motorists. Officials urge drivers to remain calm and listen to Finebaum. I’m still waiting for someone to break into Jordan-Hare and shovel off a trail that re-creates Chris Davis’ runback.

*Stole term off Twitter. Kudos to he who coined it (I forgot).

“King Carl” was twice voted the National League MVP and once won 24 consecutive games over the course of the 1936-37 seasons. Best known for striking out, in succession, Hall of Famers Babe Ruth, Lou Gehrig, Jimmie Foxx, Al Simmons and Joe Cronin in the 1934 All-Star Game and did so in his home park, the Polo Grounds.

Joss was still living when this photo was taken, though you’d be forgiven for thinking otherwise.

Joss died of meningitis at age 31, which is why he only played nine seasons, which is why he was not actually inducted into the Hall until 1978 (Baseball waived its minimum 10-season rule). But he was one of the most dominant hurlers in baseball history, finishing FIRST all-time in career WHIP (.968) and SECOND in career ERA (1.89). The lanky six-foot-three Joss also threw 45 career shutouts, or five per season, as well as the fourth perfect game in Major League history.

The teams with the league’s second- and third-best records, featuring last year’s MVP (LeBron) and who will likely be this year’s MVP (Kevin Durant) meet in a reprise of the 2012 NBA Finals. Miami has zombie-crawled through the year’s first month with an 8-5 record –they’ve been a little distracted—  though the Heat did handle San Antonio on Sunday. OKC has won eight in a row. Something to watch for: the Thunder are second in the NBA in rebounding, the Heat are last.

One thought on “IT’S ALL HAPPENING! Wednesday, January 29”