Just the idea of a galvanizing Olympic hockey match airing at 7:30 a.m. on a Saturday morning on the East Coast was awesome. Add what should have been a game-winning goal with four minutes remaining for the hosts, Russia, being disallowed because the goal had com off its mooring (that puck was going in either way). Then sprinkle in a post-overtime shootout in which Team USA’s T.J. Oshie essentially became a one-man team, burying four shootout goals in six attempts. And, finally, NBC announcer Doc Emrick’s masterful job, harkening back to Herb Brooks‘ 1980 pre-game speech to his underdog squad in Lake Placid when he intoned, “Not this game. Not tonight.”

Oshie with fiancee Lauren Cosgrove, who is back home in St. Louis now, eight months pregnant.

2. The Princess of Sunday Night 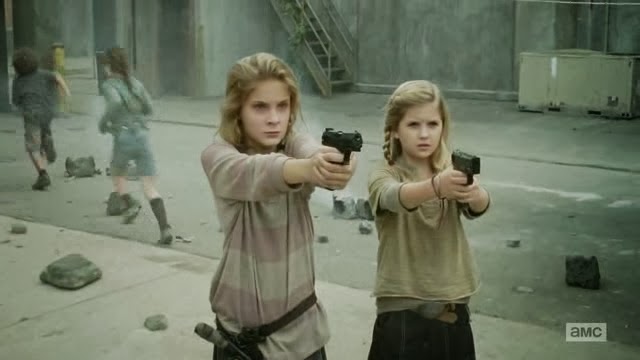 All that Sharbino (left) needs now is a recurring role on Downton Abbey to pull off the Sunday night hat trick.

If you think you have a dilemma as to whether to watch True Detective at 9 p.m. and DVR The Walking Dead or vice-versa, imagine what it must be like for 12 year-old Brighton Sharbino. She’s been a regular on the latter show as precocious (and ruthless) Lizzy for awhile now and last night she made her debut as the older version of Macie Hart. She made the eighth-grade cheer squad, you know, and there were like 10 girls who tried out and didn’t make it.

If you’ve ever attempted to pole vault, then you probably have great respect for anyone who can do it. People always talk about how there’s nothing harder in sports than hitting a Major League fastball. You can at least whip out your bat and per chance get lucky. That ain’t happening in pole vault.

Speaking of get lucky, another Frenchman bathed in glory over the weekend as Renaud Lavillenie broke Sergey Bubka’s long-standing  pole vault world record with a vault of 6.16 meters (20 feet, 2 inches). Lavillenie broke Bubka’s record by 1/100th of a meter (or what some people refer to as a centimeter), a mark that had stood for nearly 21 years. Both Bubka’s effort and Lavilenie’s efforts took place at the same venue in Bubka’s hometown of Donestk, Ukraine, and the legendary Bubka was there to witness it.

“A new era in the sport has arrived,” Bubka, 50, graciously told reporters.

As for Lavillenie, the reigning Olympic gold medalist, he never even grazed the bar in his first attempt at that height. “It’s going to take me awhile to come down,” Lavillenie said.

By the laws of gravity, it already, relative to every one before him who ever had pole-vaulted, had.

Adderall, while a powerful drug, has no therapeutic use in adder bites.

A Kentucky pastor who had been featured on a Natural Geographic reality show because handling venomous serpents is part of his ministry is bitten on the hand by a rattlesnake, refuses treatment, and dies. Pastor Jamie Coots of Jesus Name Church in Middlesboro, Ky., had actually been bitten eight times previously without, of course, such an adder-verse reaction.

You might say that Coots was praying with fire. 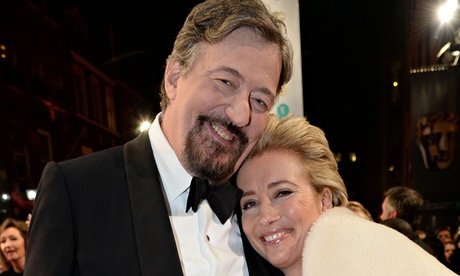 Host Stephen Fry with that chick who wrote Mary Poppins.

The British are funnier than we are. They’re delightfully more self-deprecating (Ricky Gervais is an impostor). You know this. I know this. We’ve all seen Four Weddings and a Funeral and Notting Hill and Love, Actually, after all. Watched the guy who plays House at the Emmys and Golden Globes.

So, of course, their version of the Oscars, the BAFTAs, will be superior to ours. Here’s what host Stephen Fry advised all the winners-to-be at the start of the evening, for example: “When you are given a cup of tea, you don’t thank the kettle, the cup, the milk, the cow, the tea picker… Award winners, I trust I make myself clear. The briefer you are the more we will love, reverence and adore you.” 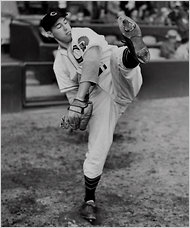 Rapid Robert, king of the wind-up.

“The Heater from Van Meter” surely would have been a 300-game winner had he not given four years of service to his country in World War II. Feller, 266-162 lifetime, settled for six 20-win seasons and seven times leading the American League in strikeouts between 1938 and 1951. 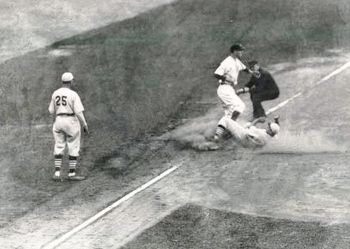 Medwick had an offer from Knute Rockne to play football at Notre Dame, but chose the diamond instead. A 10-time All-Star with the Gashouse Gang, Medwick achieved the National League Triple Crown in 1937, a year in which he also named the league MVP. Besides being the last NL player to hit for the Triple Crown, Medwick holds the Major League record for most consecutive seasons with 40 or more doubles (7; 1933-1939). He retired with a .324 batting average.

Final note: Commissioner Kenesaw Mountain Landis tossed Medwick out of Game 7 of the 1934 World Series after he slid hard into third base on a triple and the Detroit Tiger fans began pelting him with garbage. Said Medwick, “I knew why they were throwing the garbage at me. What I don’t understand is why they brought it to the park in the first place.”

In the words of Michael Stipe, “Fallon Me.” Jimmy Fallon assumes stewardship of NBC’s most precious franchise and returns it to 30 Rock for the first time since 1969. Well played, Jack Donaghy. Tonight’s guests are Will Smith and U2, which only proves that what Reggie LeDoux said about time being a flat circle since this broadcast probably first occurred in 2001.