“Do you believe in soul-crushing losses that will haunt you for the rest of your lives? YES!”

Canada-USA, women’s hockey, gold-medal match. The Canadians entered having won the past three gold medals in this event dating back to Salt Lake City in 2002. But, with less than four minutes to play the U.S. led 2-0. Then it was 2-1 late when the US slapped a 3/4-rink shot at Canada’s empty net that —-oooooohhhh!–jus ricocheted off the left post. But, who cares, the American lasses were still up 2-1 at that point.

Jerry Seinfeld’s riff on not wanting to win silver has never been more applicable.

2. “The New York Knicks: A Tragic Misstep in Evolution”

James Dolan: The King in Yellow

This piece from Grantland is satire executed to perfection. I read “True Knicks Detective“, loved it, then spent the next six hours kicking myself for not having thought of it. Well done, Netw3rk. Take a bow.

Step away from your cubicle, this video seems to be saying. A wonderful sermon on what it’s all about, with what I believe are the Cliffs of Moher –or somewhere that resembles it– in the background. Your narrator is Mickey Smith. Well worth your time. This video is not as worthy of your time, but the hypnotic beat and quick cuts kept my attention for far longer than I thought it would. No longer are they the Cadaverliers. On February 6 Cleveland, one day after losing at home to the LOLakers and losers of six straight, fired general manager Chris Grant. The guy who signed Andrew Bynum. The guy who made Anthony Bennett the No. 1 overall pick in last June’s NBA draft.

Honestly, do you ever wonder how people such as Grant land these gigs while you and I do not?

Anyway, since that day, when the Cavs were a moribund 16-33, they are 6-0. Cleveland owns the NBA’s longest win streak and are only three games out of a playoff spot. Also, Cav poin guard Kryie Irving was named MVP of the NBA All-Star Game.

I don’t understand it, either, but it is happening. And I think we are all just hoping the Cavs finish in the 7th or 8th spot and meet Miami in the first round of the playoffs. 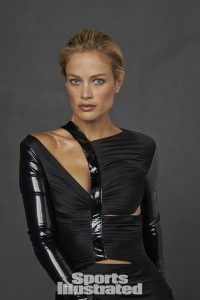 This is NOT Matt Taibbi, but rather Carolyn Murphy at the SI Swimsuit Legends shoot. The staff of Medium Happy regrets the error.

America’s hands-down best, most important, pissed-off journalist, Matt Taibbi, is leaving Rolling Stone for his own independent venture. The man who once had the temerity to refer to Goldman Sachs as “great vampire squid wrapped around the face of humanity, relentlessly jamming its blood funnel into anything that smells like money”, is flying off from Jann Wenner’s nest to run his own publication focused on financial and political corruption.

I prefer my badass muckraking to sprinkled with some bikini shots of Rihanna in Barbados along with a 5-star review of Bob Dylan’s latest burp, but that’s just me, I’m from Texas.

No, that is not Iulia Lipnitskaya in disguise

A goalie for the minor league Allen Americans, Mark Guggenberger, is suspended and fined after tripping the opposing team’s mascot. Or is that referred to as “slew-footing?” Either way, that’s not nice.

***
The Broadway musical “Bronx Bombers” will close after a one-month run. “Bombers Bombs” the New York Post headline should read. So, it’s no Damn Yankees. Gotta love a show about the Yanks whose run is shorter than Derek Jeter’s retirement lap season.

In an Alabama girls high school basketball state championship game, top-ranked Glenwood took a 3-1 lead into halftime versus No. 2 Lee-Scott, then ran away in the second half for a 15-2 victory. Tom Green has your story. The game featured just two field goals and none by Lee-Scott, whose coach, Chad Prewett, elected to freeze the ball after having lost thrice earlier in the season to Glenwood.

CORNUTOPIA: A piece on hoops in the heartland this season…

Science says that we’ve already had the time of our lives. I bet Bill Medley and Jennifer Warnes would agree….

Matt Lauer picks low-hanging fruit at colleague Bob Costas’ expense. On the one hand, you salute Costas for taking the dig as well as he did. On the other, you figure Lauer, whose sleep schedule must’ve been royally screwed by pulling double duty on Today and for NBC primetime last week, earned the right to take a shot. A genuine slugger, and one of the more well-liked players (and broadcasters) ever to grace a diamond, Kiner led the National League in home runs in each of his first seven seasons. He topped the 50-homer mark twice, the first National Leaguer to do so. A back injury abbreviated his career so that his career total is only 369, or an average of 36.9 per season. Kiner, who died earlier this month at the age of 91, was a U.S. Navy pilot in World War II. He enlisted voluntarily the day after Pearl Harbor. 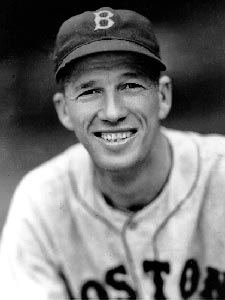 So popular that they named a shopping mall in downtown Los Angeles after him.

One of two pitchers who won exactly 300 games (the other, Early Wynn), Grove’s career record of 300-141 is complemented by his having led the American League in strikeouts in each of his first seven seasons. An eight-time 20-game winner, Grove led the A.L. in ERA in nine different seasons. Between 1928-1931, Grove was absolutely dominant, with a 103-23 record. Among 300-game winners, Grove’s .680 winning percentage is tops.

One and only one guest will appear on the first Friday of host Jimmy Fallon’s tenure: BPF –that’s “Best Performing Friend”– Justin Timberlake. History of Rap 5, anyone?