American marathoner Meb Keflezighi, 38, wins the Boston Marathon in 2:08:37, becoming the first U.S. male since Greg Meyer in 1983 to break the tape on Boylston Street.

Rita Jeptoo of Kenya was a repeat winner in the women’s division, trimming nearly two minutes off the course record with a 2:18:57. Shalane Flanagan, a Yank, led the race through 17 miles before finishing in 2:22:02, which was a PR for her.

It was the largest field (approx. 36,000) in Boston Marathon history and, given the anticipation surrounding the race, appeared to have the largest number of spectators.

My question: There were about 36,000 entrants. Americans pay $175 to enter and foreigners $225. Put the income there at about $6.5 million. The race pays out $800,000 in prize money and a little more than that in fees to towns through which the race runs. Meanwhile, the Boston Athletic Association is probably still raking in $2-3 million (most race day workers are volunteers). So, isn’t this model a little bit like the NCAA? If you’re scoring at home, that’s the second Jaime-Cersei sex scene played out in front of a boy.

Jamie Lannister says “I don’t care” when his sister/co-parent Cersei tells him to “Stop” (dont’ fear: the Tallahassee Police Dept. is on the case) in front of their son’s death altar…the Thenns invade a peaceful Crow settlement, sparing one lad to inform him that he was going to eat both his parents (so, no boiled potatoes for supper)…Samwell deposits the woman he adores (and her son) in a whorehouse…the Hound robs a man who gave him shelter because he can…Stannis continues to be deluded by his own grandeur… It’s nice to see so many Game of Thrones characters picking up the slack for Joffrey now that he’s gone.

And wouldn’t the world be a better place if it had a Game of Thrones theme park or Game of Thones Las Vegas casino/hotel? Who wouldn’t love to see a life-size replica of the wall and Castle Black? Or cocktail waitresses who behave like Melisandre? Bouncers who wield Valeryian steel? 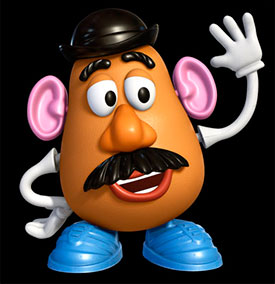 To nobody’s surprise, the ‘bockers fired coach Mike Woodson and his staff on Monday morning because doing so on Friday might have made too many of us compare him to the most famous martyr of all time. The Knicks fired Woodson because 1) James Dolan cannot fire himself and 2) he’s not that good of a coach. 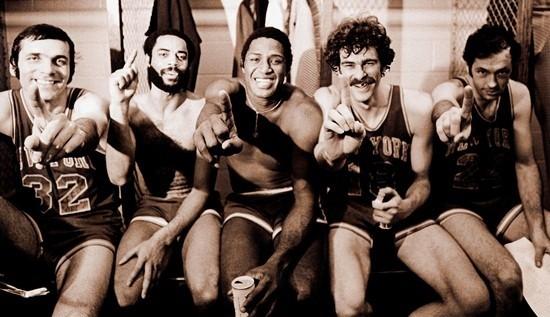 Five Hall of Famers, but only three starters, in this photo (Lucas, Clyde, Reed, Phil, Bradley)

Here’s hoping Phil Jackson finds a way to let Carmelo go and reap something in return. Meanwhile, I’d recommend an obligatory viewing of Michael Rapaport’s “When The Garden Was Eden” at this week’s Tribeca Film Festival. 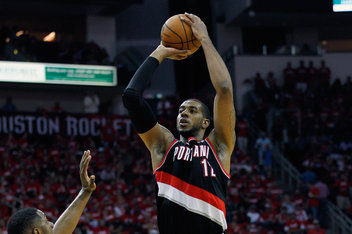 …1-0 after blowing a 13-point fourth-quarter lead at home. There are going to be some goats after one round of playoffs this month, and right now your leading contenders are Dwight Howard, Chris Paul –I cannot wait until State Farm rolls out its Steph Curry/Jeff Curry campaign, and Roy Hibbert.

As HBO comedies go, “Silicon Valley” has yet to hit its stride, but in Richard (Thomas Middleditch, who resembles Hugh Grant’s pale, wan, malnourished little brother) we have a protagonist who’s easy to root for. He’s pretty much the polar opposite of “Veep’s” Selina Meyer.

In fact, positioning “Veep” and “Silicon Valley” adjacent to one another allows for fun comparison/contrasts between the two ambitious leaders and their support staffs. Richard is decent and upright, while his crew is a little morally untethered, while with “Veep” it’s sort of the opposite. Not totally, but a little. 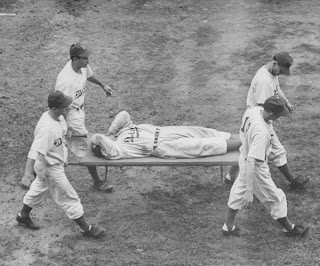 For the first half of his career, Ryan was known as pure heat, but wasn’t considered a masterful pitcher. More like a gimmick. After all, no pitcher ever issued more walks (2,795) or allowed more hits per nine innings (6.6). He also never won a Cy Young Award. Only in his later seasons did he garner the respect of the greater baseball community, as he set the all-time record for career strikeouts (5,714) while hurling an MLB-record seven career no-hitters.

Imagine an affable Pete Rose and you have Brett, a 13-time All Star who won the American League batting crown in three different decades (the only player ever to do so). One of only four players in MLB history to collect at least 3,000 hits (3,154), 300 home runs (317) and retire with a .300 batting average (.305), Brett seemed that more dangerous at the plate when runners were in scoring position or the game was on the line.

One thought on “IT’S ALL HAPPENING! Monday, April 21”