It’s Memorial Day Weekend, but the Medium Happy Summer Manse in Far Hampton has yet to open for the season. We’re still interviewing cabana lasses and searching for just the right yard art to place on the front lawn. So we’ll be here…typing.

Donovan is sent off, by Klinsmann, with five career World Cup goals.

Perhaps it was a forward-thinking move by manager Jurgan Klinsmann, leaving 32 year-old Landon Donovan off the USMNT squad for Rio. The U.S. isn’t getting out of its group anyway, not with both Portugal (Ronaldo) and Germany (SCHWEINSTEIGER!!!!) in it.

Said Klinsmann, with meaning, “Soccer is about what you do today and what you hopefully do tomorrow.”

Donovan is sent off with five career World Cup goals, most memorably this last-minute game winner versus Algeria in 2010 that advanced the Yanks into the Round of 16.

Meanwhile, Bleacher Report went all “Dewey Defeats Truman” on this story the day before.

Andrew Wiggins, making his case as to why Cleveland should take him at No. 1.

Do you side with Bill Simmons and Doug Gottlieb and take seven-foot freak athlete Joel Embiid, a 20 year-old from Cameroon, with the first pick?

Or do you side with Jason McIntyre (and myself) and take six-foot-eight freakier athlete Andrew Wiggins, a 19 year-old from Canada?

Here’s the thing if you’re the Cavaliers –or if you’re the franchise (Minnesota?) who deals your megastar to the Cavs for that pick: you really can’t go wrong with either guy…unless Embiid’s back flares up again.

Maybe we should just ask Bill Self whom he’d pick… 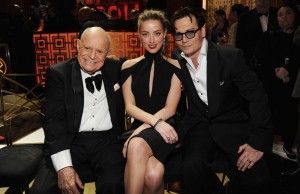 So apparently next Wednesday some of the world’s top comedians are going to roast Don Rickles on that most vaunted of cable networks, Spike TV. How did this happen? HBO didn’t see this one coming? The King of Insults is 87, and so he will be roasted by David Letterman, Jon Stewart, Jerry Seinfeld, and for the women, Tina Fey and Amy Poehler. So, yeah, no Lisa Lampanelli.

Here’s an early clip from next week’s show…

They’ll remember this, but they won’t remember that Puig was twice tagged out for base running blunders in the 5-3 loss.

As Matthew McConaughey’s character tells his daughter in the trailer for “Interstellar”, “Murphy’s Law doesn’t mean that something bad will happen. It means that whatever can happen, will happen.”

The sixth inning of last night’s Dodgers-Mess game, for example. The Dodgers have Chone Figgins on first base with no outs (this was right after Mess analyst Ron Darling said, “Whatever you do here, you CAN’T walk Chone Figgins”) when Yasiel Puig hits a two bouncer to third base. Potential double play ball but Mess second baseman Daniel MURPHY just fails to catch the routine relay throw. A catch any Little Leaguer should make, and Murphy never even gets it into his glove.

First and second, no outs.

The next Dodger hitter hits a fly ball to shallow right field. Infield fly rule, automatic out. Except that Murphy misjudges ball, never even gets his glove on it. It’s still an out, but both Dodger runners take off. Figgins gets to third, but Puig runs through second. He’s obviously confoozed. As are the Mess.

Murphy, ironically, is the only one who has a clue. He throws the ball into the shortstop, and then yells “TAG HIM!” three times before the Mess SS does for the double play.

I don’t get how Murphy botched two relatively easy plays. What I don’t get even more is why Puig, even if he had no clue what was happening, wouldn’t station himself at one base until he knew what was happening. Earlier in the game he made the catch of the year, and that’s what’s so frustrating about him. With the spectacular you also, at least right now, accept the stupid.

Puig was actually tagged out on two separate occasions near second base last night in L.A.’s 5-3 loss. He giveth and taketh away.

Later on in the inning Darling said, “The Mets have to get their act together.” As if that’s something new…

“NOOO! In fact, we’re going to frame you for murder!”

1) Nick Kroll was a senior at Georgetown when Mulaney, then a freshman, auditioned for the Georgetown Players Improv Group, of which Kroll was in charge. By the end of the year, Kroll told me, “I was convinced that I was no longer funny. That’s how good John was.”

2) Mulaney spent a summer sleeping on Kroll’s couch when he interned at Comedy Central. At the end of the summer he bought him a Lenny Bruce album.

3) I love that Mulaney’s best friend from first grade, the talented John O’Brien, is still his best friend and will be best man at his wedding. O’Brien says they used to waste a lot of hours at the R&A Grocery in Lincoln Park as youths. One of my favorite stories, and this reminds so much of what one of my closest friends in the world, “Smo”, would have done: they dialed random numbers at a payphone. Finally, Mulaney dialed “REDRUM” plus one number and got a Spanish family. Then, for I don’t know how long but it went on awhile, they’d phone that family, who only spoke Spanish, and in Spanish they’d say, “You don’t know how to dance.” And that’s all they’d say. This went on for…months? Years? Still goes on?

p.s. That was the only phrase they knew in Spanish.

4) You have to catch Mulaney’s newest show for the Bill Clinton story. I won’t spoil it here.

5) His parents are smart and wonderful people. I love that Ellen Mulaney is proud that her son 1) never works dirty and 2) is very self-deprecating in his act.

6) One thing that stands out for me, and Kroll pointed this out: John has a lot of the assets of different iconic comics without being derivative: He’s as observational as Seinfeld; he does voices as well as Richard Pryor; he tells family stories on par with Bill Cosby; he can be as dark, though rarely, as Louis C.K.

But he does all of that, while still retaining his own signature style.

This is the Mulaney piece that got me on board for good. And you may have seen it. Look where this begins and look where it goes…and I love that sing-song child-like voice he does. I don’t know where this comes from, but it’s genius.

The bizarre tale of Adam Muema…

Can Atletico pull off “doblete”, winning both La Liga and UEFA Champs League in an eight-day span?

It’s an all-Madrid final, as Atletico Madrid, the La Liga champs, take on Real Madrid, the world’s most valuable sports franchise. Atletico will be without leading scorer Diego Costa, while Real has both Ronaldo and Gareth Bale. Upset? Unlikely.