Not even the most famous J.C. to be put to death in this 100-year span…

Rome wasn’t built in a day, but it only took one day for NFL Commissioner Roger Goodell one day to end the Pax Romana. Super Bowl 50 Shades of Grey? Commemorative shirts from the game will come in sizes Small, 1,000, 50 and 40. 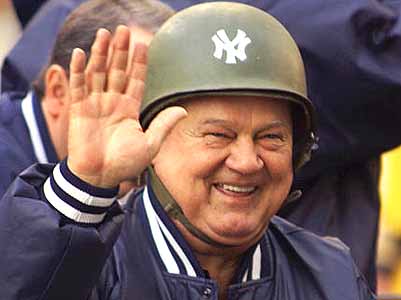 What is it with all the octogenarian Dons lately? Sterling, Rickles and now Zimmer (Trump turns 68 next week…as much as we’d all enjoy him speeding on ahead to 80)? Don Zimmer, who spent 63 years married to the same woman and 66 years married to baseball, passed away at the age of 83 yesterday. Here’s my piece on him in Newsweek.

A native of Russia, or Sochi says.

Earlier today Maria Sharapova, for my money the most gawgeous female athlete in the world operating at an elite level, advanced to the finals of the French Open. Personally, and your opinion is always welcome here, I see a lot of Sansa Stark in Ms. Sharapova. She used to be this beautiful but fragile creature, but with age –she’s 27, whereas Venus Williams is about to turn 34 and Serena Williams is 32 –has come wisdom, a slightly less naive outlook, and a more battle-hardened player.

The six-foot-two Sharapova, who will face Simona Halep of Romania in Saturday’s final, has won every Grand Slam exactly once, and her last title was the French in 2012. As he Williams sisters edge toward retirement, Sharapova has a window in the next three years to double her career Grand Slam titles output. She’ll never be in the Serena/Martina/Steffi court (much less the Margaret Court court), but with eight career Grand Slams she’d burst into the Top 10 all-time.

Flanagan & Kelly. And you wonder why they’re called the Fighting Irish?

Ten or so years ago, when I first noticed Alex Flanagan sideline reporting for ESPN, I had trouble following what she said. Why? Because she was simply too stunning, possessed of the type of severe, timeless beauty on par with a Hitchcock blonde. She shouldn’t have been asking Barry Alvarez questions; she should have been asking Jimmy Stewart questions.

But as she came to work for NBC, and as I came to know her, I found a warm, intelligent, down-to-earth professional. I’ll never forget doing a post-game webcast with Paula Faris on the sidelines of Notre Dame Stadium, probably in 2007 or 2008. Paula’s infant daughter, Caroline, started getting fussy and wanted her mother but we were on the air/web. So, Alex, a mom herself who was standing nearby, took the baby from Paula’s husband and held her in her arms. Soothed her. It was a scene from a movie. 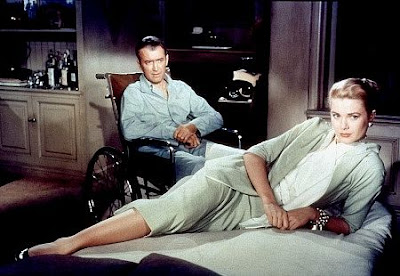 I covered the 2007 season and four years of Tommy Rees, and now that the corner is turned, they boot me? Nice.

NBC has taken Alex off its Notre Dame  broadcasts, as first reported by Jason McIntyre of The Big Lead, and off its Sunday Night Football pre-game show as well. But, as she says, she’ll still be a part “of the NBC family.” I wish her more great moments on and off television. She’s terrific at her job and a wonderful person.

In some respects, Flip Saunders is a terrific NBA head coach. The former college teammate of Kevin McHale and former No. 1 overall pick Mychal Thompson (Klay’s pops) led two different NBA teams to 58-or-better wins seasons (Minnesota, 58-24 in 2004; and Detroit 64-18 in 2006 and 59-23 in 2008) and how many NBA coaches, past or present, can say that (I’ve got Rick Adelman, Phil Jackson, Pat Riley and Don Nelson)?

On the other hand, he most recently had two disastrous seasons in Washington and started the third 2-15 before being canned. Now he GM of the Timberwolves in the same city where he played (my bad: Saunders played high school ball near Cleveland, where as a 5’11” guard he averaged 32 points per game, which blows my mind) college ball, Saunders yesterday decided that Flip Saunders beat out all other suitors for the team’s vacant head coaching job.

What next? Does GM Flip trade Kevin Love (over the objections of Coach Flip)? Saunders, unlike other dual GM/Coach combos Pat Riley, Doc Rivers and Stan Van Gundy, has never taken a team to the NBA Finals. Does he merit this dual role? And who will be there to tell him if he does not?

“One false move and…”

To paraphrase Taggart (Slim Pickens), “What in the wide world of sports do you think you’re doing, not listing Game 1 of the Heat-Spurs NBA Finals?” Okay, you’re correct. That will air on ABC at 8 p.m. Having said that, if you’ve never seen this 1974 Mel Brooks classic, it has to be one of the five funniest films of all time. DVR’ing it would be a heady (“That’s Hedley!”) move.