As one clever tweep asked, “How many more games does the USA need to lose in order to win the World Cup?”

The USA defeats Portugal and Ghana by losing to Germany, 1-0, the kind of win that Lt. Aldo Raine would be proud of.

I kind of like that the breakout stars of American soccer this summer are two German-born men (Jurgen Klinsmann and Jermaine Jones) and two Brits (the always cheeky Men in Blazers).

Young, man, there’s a place you can go. If Patric does not land on an NBA roster, he could still become the best-paid bouncer in South Beach.

The University of Florida was the No. 1 ranked team in the nation in each of the final four weeks of the college basketball season last winter. The Gators even advanced to the Final Four, where they lost to eventual national champion UConn. Gator point guard Scottie Wilbekin was named SEC Player of the Year, an honor that in two of the previous four seasons was bestowed on the No. 1 overall pick in the draft; Casey Prather led the SEC in FG %; and Patric Young was universally acclaimed as having the most NFL-ready physique of any big man in college hoops.

Last night, not a single Florida Gator was selected in the NBA draft.

Now, there’s an excellent chance here that I’m citing data (UF finished 36-3) that is not germane to any one Gator ‘baller’s draft stock. Okay, granted. But it will be nice to learn what Billy Donovan thinks of all this, as well as to see what these three are doing in a year or two.

When you’re already in last place, what harm can the SI cover curse do to you?

Putting rookie phenom George Springer, from hard hittin’ New Britain (the same home town as a top-flight SI editor) on the cover of SI? Yes. Doing an unorthodox story on how to build a baseball team without putting Brad Pitt on the cover? Yes.

But why use a rare instance when the Lastros are wearing throwback unis, especially when their current unis are so handsome?

By the way, that other Lone Star State team, the Rangers, have lost eight straight and are still ahead of the Lastros.

Oh, and did you enjoy SI senior writer Alan Shipnuck whining on Twitter yesterday that his Michelle Wie story didn’t make the cover? His bosses did not.

All of these people are apparently wrong

A troglodyte says what?

Three people over the age of 50 all felt the urge at in the past 48 hours to tell the teeming masses who are enjoying the World Cup that what they are enjoying is not enjoyable.

First, there was Pete Prisco of CBS Sports, who tweeted, “Watched both matches. Interesting, but boring sport.”

This only two tweets after he tweeted, “Love no-hitters” about Lincecum’s feat. I don’t get it, Pete. Nobody got a hit. That sounds really boring.

Then there was Chet Coppock of Chicago’s WLS, a radio voice I greatly admire, who felt the urge to remind us that while the World Cup ratings have been solid, they don’t even begin to approach threatening those of the almighty Chicago Bears. Tweeteth Coppock, “As great as #WorldCup2014 may be it doesn’t come with in a loud foul of the #TVratings the Bears pull #NFL”

Finally, there was Ann Coulter, whose I-Hate-Soccer screed was so blatantly cliche and xenophobic (Coulter flat-out wrote “It’s foreign” as a reason that she didn’t like it) that I’d believe it were satire if I didn’t know the source: the Coultergeist.

It’s okay if you don’t enjoy soccer. Not everyone does. I’m not here to convert any of you. I’m just wondering why you feel so threatened by its growing popularity. 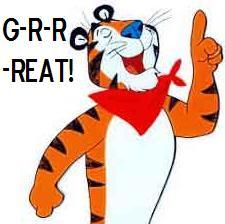 Tiger Woods returns to playing actual golf (and shoots a 74 in the opening round of the Quicken Loans Invitational). He is tied for 76th place heading into today’s second round.

The Detroit Tigers return to playing actual baseball and reel off seven straight victories, including sweeps of the Cleveland Indians and Texas Rangers, both on the road.

Where in the World 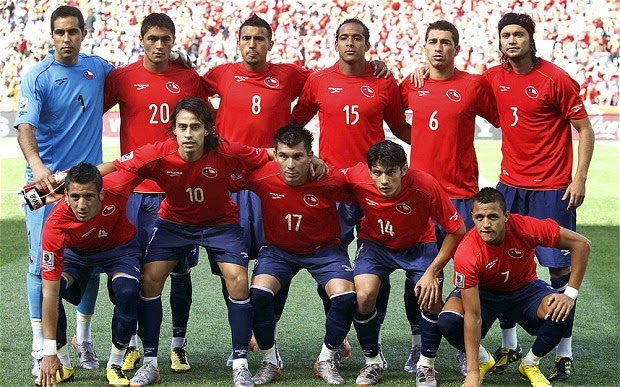 The World Cup’s dueling dark horses are Belgium and Chile (bad news for the Yanks, I know). La Roja will bring plenty of fans with them to Belo Horizonte to face the favored hosts. These two also met in the Round of 16 in 2010, with Brazil winning 3-0.