Thank you, Katie, for yesterday’s edition of Medium Happy: Unplugged, although I still don’t understand why you chose so many Meat Puppets covers. Oh, well. Am I the only one who searched for the trailer of Peace, Love and Misunderstanding only to find a naked Alice Cooper strutting about?

Found myself seated on a hill beyond the right-center field wall for last night’s game between Taney Little League of Philadelphia and Mountain Ridge of Las Vegas. Love Mo’Ne Davis, but last night she was going up against the Yankees (not New York, but from The Bad News Bears) and I do believe Vic Morrow was coaching them. Worth noting: it was possible to visit Komodo dragons at Reptiland, just 15 miles south of Williamsport, and then watch the Taney Dragons play at Lamade Stadium last night. So that’s cool.

At Reptiland, the tenant wonders how a Longhorn skull found its way into his dwelling. 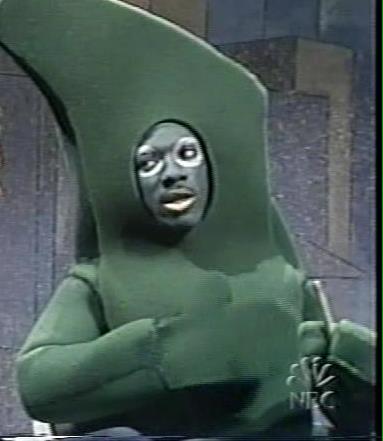 To commemorate the 40th anniversary of Saturday Night Live –even though the season premiere is, what, like six weeks away–Grantland seeded the entire cast, from 1975 to 2014, March Madness-style (slap in the face to Julia Louis-Dreyfus and her husband, Brad Hall, whose bubbles burst; that or they’re in the Dayton regional) I’m impressed by the care taken in the seeding. For example, as funny as he is, Chris Rock was not that good on SNL. The 12 seed fits him. And while it’s difficult to imagine Chris Farley as a 4 seed in his own bracket, the other three seeds –Dana Carvey, Phil Hartman and Mike Myers–were very, very strong on the show.

Your No. 1 seeds? Eddie Murphy, Carvey, Will Ferrell and Kristen Wiig. The easiest regional is the most recent (“Digital Kids”), while the first two eras (Adam Sandler, for example, is a 5-seed) are loaded.

I like this heading. Thanks, Katie. Maybe we’ll just keep this. Altuve and teammate Chris Carter, who is bigger

The shortest player in Major League Baseball is Jose Altuve of the Houston No-Longer-Lastros. Altuve stands five-feet-five. He also is currently leading the big leagues in both Batting Average (.336) and Hits (175). When is the last time baseball’s shortest player led in either category? I don’t know, but neither Freddie Patek (also 5’5″) nor Eddie Gaedel (3’7″) ever did. 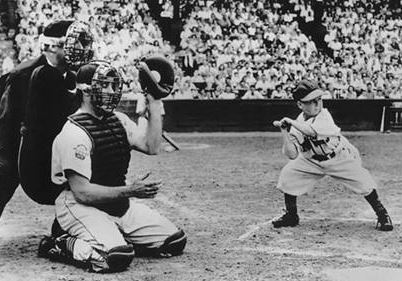 Gaedel retired and founded a blog called Small Happy, the success of which suffered due to the internet being decades away from its debut

…in the Ice Bucket Challenge before it even existed.

Bill Parcells, courtesy of Harry Carson, at the Super Bowl: Julie Andrews, prepping for a scene in The Sound of Music...

…and Varys Targaryen, with an assist from Khal Drogo (thanks to MIB for the reminder)

Anaconda: One female artist’s response to “Baby Got Back”

I’m not savvy enough about the music biz to understand why Nicki Minaj and Taylor Swift would each release much-hyped music videos within days of one another during the dying days of summer. Only smart enough to know that they’re wholly unlike one another. If you haven’t seen them, here’s Minaj’s “Anaconda” (NSFP) and Swift’s “Shake It Off.”

Cutie, with no booty.