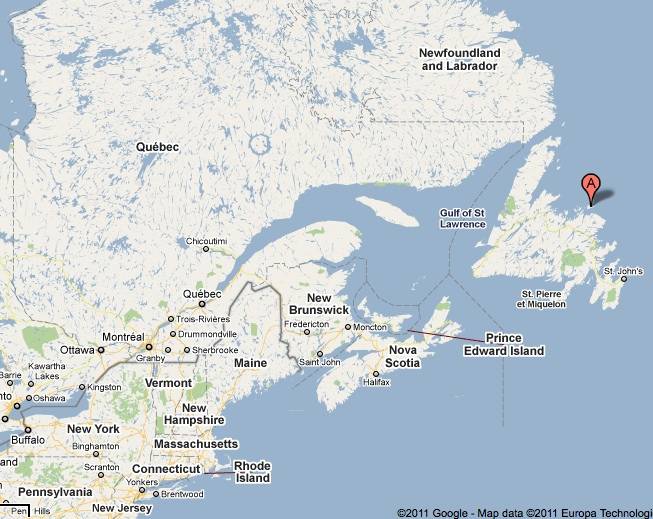 If you don’t, I hope you take a few minutes to read about the innkeeper, Zita Cobb. She’s quite a lady. Thanks!

2. Tucker, The Man and His Dream Given that tease, (—->) I could not wait to dive into Ross Tucker’s column on NFL commissioner Roger Goodell. And then came the first two sentences: “Roger Goodell has done an excellent job as commissioner of the NFL. I’m aware that’s not the popular opinion right now.”

Does anyone see a discrepancy here?

I actually agree with many of Tucker’s points, it’s just that as a Princeton alum, you’d hope he had more mastery of the meaning of “objective.”

By the way, I uploaded that tweet from my camera phone. The previous shot on the phone was of Mirk, my housemate. Here he is earlier today in repose from the Medium Happy World Headquarters, i.e., “The Chaise.” 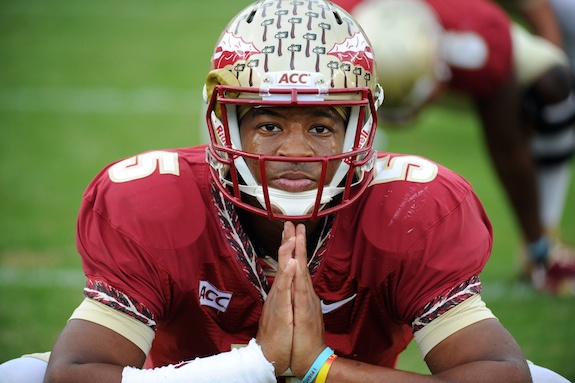 Really like what my friend and former colleague, Dan Wolken, had to say about the situation. As much as Winston lets down Seminole fans here, the administration at Enable U. is just as sorry. And I like that Dan had the temerity (!) to note Jameis’ “phony humility and contrived smile.” (I’m assuming that’s Dan’s objective evaluation).

I can only speak for myself here, obviously, but short of the alleged sexual assault, the other misdemeanors are not what bother me about Jameis. It’s the shine job he does on all of us whenever he’s being interviewed. The words simply do not match the acts.

Billy Beane and Johnny Ramone because, of course.

Have I blogged about the Oakland A’s yet this week? Yes? No? Anyway, the A’s hostthe Texas Rangers this afternoon. If the Athletics lose, it will give them a worse record than the Rangers, the American League’s worst team, since having traded Yoennis A. Cespedes For the Rest Of Us on July 31 (17-28 versus 17-27).

The A’s, who had the best record in baseball at the time of the trade (66-41) are now 83-68 and only two games up on the second wild-card spot. They’ve lost two in a row at the O.co Coliseum to Texas in the past two nights. I blame Beane Ball. Also, I blame the name O.co. 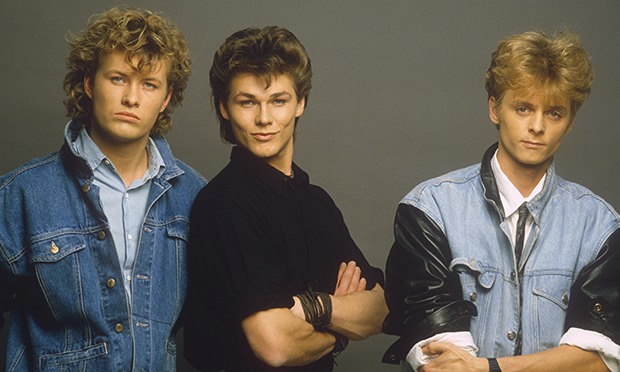 Love that Rolling Stone put out a list of the 100 Top Hits of 1984 and declared it “Pop’s Greatest Year.” I was both a high school senior and a college freshman that year, and your’e about as exposed to music as one ever gets at that stage of life. I always knew, even then, how lucky I was to be constantly bombarded with so many great tunes. And notice, as you tear through the list, how varied the styles are as well.

That said, I’m not sure that 1984 trumps 1966, a year that gave us “God Only Knows” (the greatest pop song of all time?), “Summer in the City”, “California Dreamin'”, “Paperback Writer”, “The Sound of Silence”, “Good Vibrations”, “Ain’t Too Proud to Beg”, “Cherish” and “Last Train to Clarksville”, and, as they say on the infomercials, “much, much more.”

I’m going to attempt to pick 10 songs from Rolling Stone’s 1984 list that I feel truly had the most impact in the year (and that I didn’t hate, because if you peruse that list, I’m sorry, you can say [say, say] that there are some TRULY crappy songs). Not making my list of 10 songs because it wasn’t so impactful, and yet one song from one band that I love as much as any from that era, is “Head Over Heels” by the Go-Go’s (so, yes, if you’ve been following, today we’ve gone from Fogo to the Go-Go’s). The album “Vacation” was seen by the critics at the time as a drop-off from “Beauty and the Beat”, but I think both are incredibly strong.

Herewith, the 10 Best and Most Emblematic Pop Tunes of 1984, as culled by a white boy from Phoenix:

“Jump” got more air-play, but this is the tune that made you turn up the stereo and hope that no red lights were in your future for the next three minutes.

Your girlfriend had a huge crush on him. And there was nothing you could do about it. Don’t even try changing the station.

Mutually assured destruction has never again been so danceable

Chaka Khan? Chaka Khan? The epitome of a song whose first 45 seconds you love, then you may change the station.

“You’re motoring/What’s your price for flight?” The best power ballad of this, or many, years. Although I always preferred “When You Close Your Eyes” from this album.

This year was the peak of MTV, and no song ever made a better video.

The best damn opening guitar riff of the ’80s, or at least until Slash came along. It’s debatable.

Going away to college, leaving the first girlfriend you ever had…this was my first requiem.

“Like a Virgin” came later in the year and would eclipse this, but this is the tune that made us all fall for The Material Girl

*Note: No song got more air-play in Phoenix the first four months of 1984 than Def Leppard’s “Photograph”, but it was actually released in 1983. Likewise, “Thriller” was still all over the air waves in ’84 but the album was released a year earlier.

Nick at Night: Marshall leads the Tigers onto what is not the loveliest village on the plains

The Tigers last traveled west of the Mississippi for a regular season out-of-conference game in 2002, when they lost at USC. And yet the War Eagle! kids, slight favorites, have covered in 13 consecutive games. They’ll take Manhattan…?