October is the crazy aunt of the calendar family–she dresses in wildly colorful outfits that look amazing even when they’ve turned to tatters, is drunk by noon, asleep by five and lives on apples and candy.

By the end of her visit you’re sick to death of her and never want to see another popcorn ball, but damn if eleven months later you’re not totally looking forward to seeing her again. 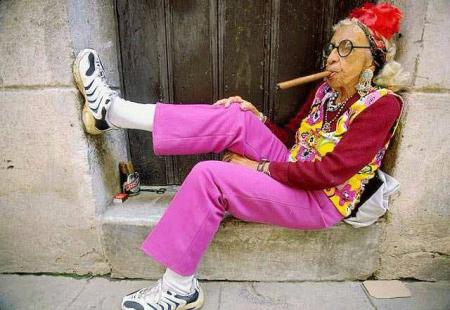 This month my posts will be chock full of mischief, spooky stories and tales of Octobers past. That is my promise to you.

I have to back up a little. You know how some people keep glass bowls of candy around their houses or jars of jelly beans on their desks? I am not one of those people, because if I were, I’d weigh 900 pounds and be broke from always having to re-buy the candy to re-fill the bowls and jars, which would be extra problematic since I am already broke from having chosen to be an artist instead of a dental assistant or some other, more financially reliable, thing.

You: My cousin is an artist and he makes six figures a year.

My point is, I really love sugar. I could stare at a bag of potato chips for a week and all that would happen is the bag of potato chips would be a week older and feel really awkward, but if I come face to face with a cookie or a box of Mike and Ike, ain’t nobody comin’ out a winner in that battle.

My parents keep candy around the house. They never eat it–they’re admirably fit and healthy, always have been, but a few years ago they were both told they had mild diabetes (is that a thing? I don’t know, but they were told to control it with diet) and they basically quit eating everything but cherry tomatoes and bran flakes.

But they buy giant bags of chocolatey treats from Sam’s Club and leave them in plain sight in the back of their kitchen cupboards behind the garbanzo beans, presumably to torture me and make me feel bad about myself.

The latest perpetrator is this stuff:

Why do my parents hate me?

Dear God. It is so good…there are no words. And a perfect segue to my number two…

Ha ha! A hilarious and long-held truism–sweatpants are for lonely losers who want to drown their self-esteem in a bag of chocolate-covered peanut brittle, right?

Not so fast. I’m seeing these all over this fall: And I approve. Dress ’em up, dress ’em down, shower, don’t shower, all I know is, bring on the brittle.

That wasn’t me saying that, I would never say that.

It was Angelina Jolie and Sandra Bullock, and they said it in super jealous voices. I mean I think…why else would they have skipped the big wedding? No other explanation is possible! Some people.

I did not spend a shamefully long time on Monday looking at pictures of the wedding and all the accompanying parties.  I didn’t Google who made that short, flowery dress the bride wore afterward because I did NOT think it was fantastic. I have better things to do,  thank you very much.

I bet she never wears sweatpants as real pants.

No, I really do want to see this, like everyone I thought the book was great, so great I ran right out and bought Gillian Flynn’s first two books, Dark Places and Sharp Objects. Loved them both. Well, “loved” is not the right word–both way too dark and disturbing to “love”, I’m not Jeffrey Dahmer for God’s sake, despite that crack I made about the new Mrs. Clooney’s unfortunate cankles. Wait, I didn’t make that crack–but I bet Angelina Jolie did.

You know why I love following the lives of the beautiful people? So I don’t have to think about headlines like this one:

Uh, no. That will not be number five. When I said I would fill my posts with stories of terror and mayhem this month, I meant more “Hey look we’re all having fun around the campfire”, not this.

Number five is my new kitten, asleep in the chair next to me, not a care in the world. Isn’t that so much better? Think about this instead