No, not Ebola, you sillies! That’s here already. I mean Halloween. And the decorations are up here in fly-over country, where we have a major Halloween jones–and we like to keep the flavor vintage.

Seriously, how beautiful is this? Almost as good as the covers of these early 20th-century festivity manuals are the suggestions inside: sailing walnut boats! Apple paring charms! How to make lanterns and the ever-creepy cellar stairs test!

Back in the seventies, rumor had it that crazy Charles Manson-types took the opportunity that was Halloween to put razor blades in apples and straight pins in the mini-candy bars with the express purpose of murdering children (even if it was true, jokes on you, Charles Manson–every apple handed out was immediately lobbed back through your front window). Because of this, one year my parents forbade me to trick-or-treat, but  allowed me to have a party instead.

I invited the seven other girls in my class over to my house, which as luck would have it, was a big old victorian that spooked up nicely after sundown, and we bobbed for apples, ate donuts off a string and had ourselves a good old time. Everything was going swimmingly until my mother called us  into the dining room for the fake “trick or treat” -ing portion of the evening.

My mom had instructed each of my guests to bring a bag of mini-candy, and each bag was laid open on the dining room table. We girls then walked around the table, picking from the bags until they were empty. But apparently 50 candy bars (but in only seven varieties!) each wasn’t enough.

“So when are we going trick-or-treating?” The girl dressed as a laundry basket asked.

“Yeah, we should go soon, my mom is going to be here at nine,” said the dalmation.

“No, you guys, we, um. That was the trick-or-treating. We did it here,” I said nervously.

You don’t know terror until you’re an eleven -year old girl being stared down by your contemporaries, who believe you have screwed them out of trick-or-treats.

I know what you’re thinking; “Hey, this is just like on the Charlie Brown Halloween special when Sally stays all night with Linus in the pumpkin patch!”

Yes–just like that, only there were seven Sallys, and none of them had a crush on me.

My mother saw the blood in the water and had mercy–she let us go around one block, saving the night and saving me from a winter of pariah-dom and probably an eating disorder.

I digress. It’s getting late and your boss is probably wondering where your TPS report is, so without further ado, here is your

1. The Greatest Event in Television History

Back in 2012, Adam Scott and his wife Naomi created this ridiculously funny series of specials for Adult Swim.  I just got hip to it on Amazon a couple of nights ago–so if you’ve already watched all four of them and discussed them at length,  I was going to say  “my apologies” for boring you with something you know all about, but then I realized I’m not really sorry and if there’s one thing I like to do, it’s keep it real. Unless it’s my hair, and you can all be thankful for that.

So this show–hysterical. Adam Scott basically got a bunch of his famous, funny friends like Paul Rudd, Jon Hamm, Kathryn Hahn and Amy Poehler together and shot four documentaries about the makings of several Hollywood specials, like a shot-for-shot remake of the opening sequence of the hit eighties TV show Simon and Simon.

Wouldn’t it be so great to have a creative outlet with your friends, where you could just jack around for your own amusement and maybe the amusement of others? I mean that would be so fun, wouldn’t it…um…ahem.

It’s $1.99 per 15 minute episode on Amazon, which is kind of spendy until you consider a ticket to a first-run movie is roughly $11,000 dollars (depending where you live–I understand in NYC it’s more like $12,000? Here in the heartland it’s holding steady at 11)  and you have to drive to the theater and let’s be honest, you always say you’re going to stop off at Walgreen’s and buy m&m’s, but you always end up buying them at the concessions counter for another 4,000.

Short story long, it’s an entertainment bargain–of course, you could also watch all the episodes on Youtube for free.

I’ve never been great with money.

A dramatic re-enactment of me, realizing I could’ve watched it on Youtube for free

I personally think it just means a lunar eclipse occurred, though I do think it’s fun to read everyone’s theories. But if I’m wrong and the rapture is coming, I’ll totally admit I was wrong, right here, next Wednesday. Oh wait, this blog won’t be here!  Either way, everyone wins.

This guy says the end is near. Apparently so are the donuts. 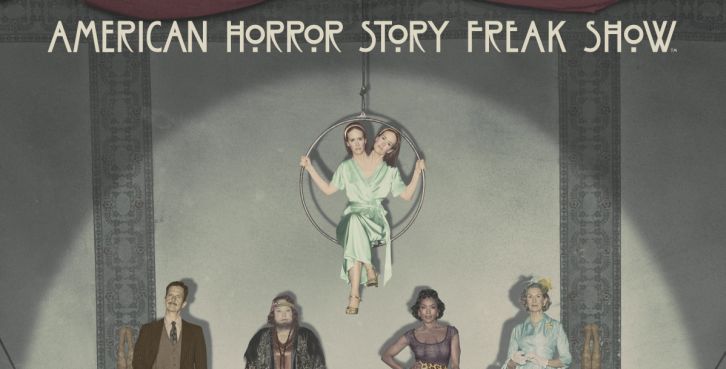 Starts tonight, and I am jazzed, kids.

Last year’s season Coven was my favorite–not only was it a rollicking good time watching Jessica Lange and Angela Basset see who could chew the most scenery,  it was aesthetically the most beautiful. The costumes, the sets–everything was a visual treat.

If you’ve never watched and you think it’ll be too scary for you, it’s not.

I hate scary movies. Hate them. Being scared is a very unpleasant sensation to me and I don’t understand why anyone would want to feel that way.

Last summer a girlfriend and I tried to watch The Conjuring, even though we’d both been told it was terrifying.

So why did we do it? I have no idea. Well no, that’s not true, I mean we’d also heard it was really good, a high-quality horror movie the likes of which haven’t been seen in a while, and I guess I personally forgot how much I hate being scared. I don’t know. Anyway, we got about 45 minutes in before we turned it off, and I still barely slept a wink that night.

You know what it is? It’s devil stuff. Anything to do with the devil and I’m out. I alluded to my Exorcist experience a few weeks ago, and I guess now is as good a time as any to tell you about that…

I was six. That movie had just come out and Gene Shalit was reviewing it on The Today Show, and I walked into the kitchen just as he showed the clip of Linda Blair jackknifing on her bed. I felt all the blood drain out of my body and I literally froze in my tracks.

You didn’t really think I was going to put up a picture from The Exorcist, did you?

My class went to the library on a field trip to watch a movie (which is really the best part of this story–we had to leave the school and go to a library to watch a movie about lions) and as soon as the librarian turned off the lights, I wet my pants. My mom had to come pick me up.  She thought I was sick, so she…put me to bed, alone, in the middle of the day.

I didn’t sleep for the next six years. I am not making that up. I would lie in my bed at night, testing my voice to see if it was growly and making sure I was still in contact with the mattress and not levitating. To make things worse, my bedroom looked out onto a bookcase where The Exorcist sat on the top shelf in all it’s evil glory! Daring me to shut my eyes.

It got to be a family joke–every night the ten of us (my younger sister wasn’t born yet) would kneel down in front of a picture of Jesus to say our prayers, and after our “God Bless”-es my siblings tagged on a “and please let Katie not get Possessed.”

Short story long, American Horror Story is about as scary as Scooby Doo.

This is so ground-breaking, I really should’ve lead with it. A study conducted in Great Britain, according to Women’s Health, says that women who are boozing rate faces as more attractive than their sober counterparts.

I would like funding for some of my studies–I’m curious about whether its true if I make a face it will stay that way, or if I eat nothing but cookies for a week will I get fatter, or how many episodes of Parenthood will I have to watch before I actually go insane.

I figure I’ll need about a million dollars.

The adorable John Mulaney’s new show, Mulaney, debuted on Fox this week, and it was rough.

He’s like if your little brother were a stuffed animal. He’s that cute.

I really didn’t want it to be. I am rooting for this kid! Why our own beloved Grand Poobah wrote an awesome piece about this awesome kid here. We want you to come out on top, Mulaney! We know you can do it.

You can do it, John Mulaney! This ethnically diverse group of office workers believes in you and so do I!

Well. Maybe it’ll get better. Check out his standup, amigos, because it is fantastic.

Louis C.K. had a terrible first show on HBO a few years back, remember Lucky Louie? It was seriously awful. And now he’s got Louie. All is not lost. I’ll keep watching, and hoping….

For “while there’s life, there is hope”…

Word up, trailer for that new Seven Hawking movie. 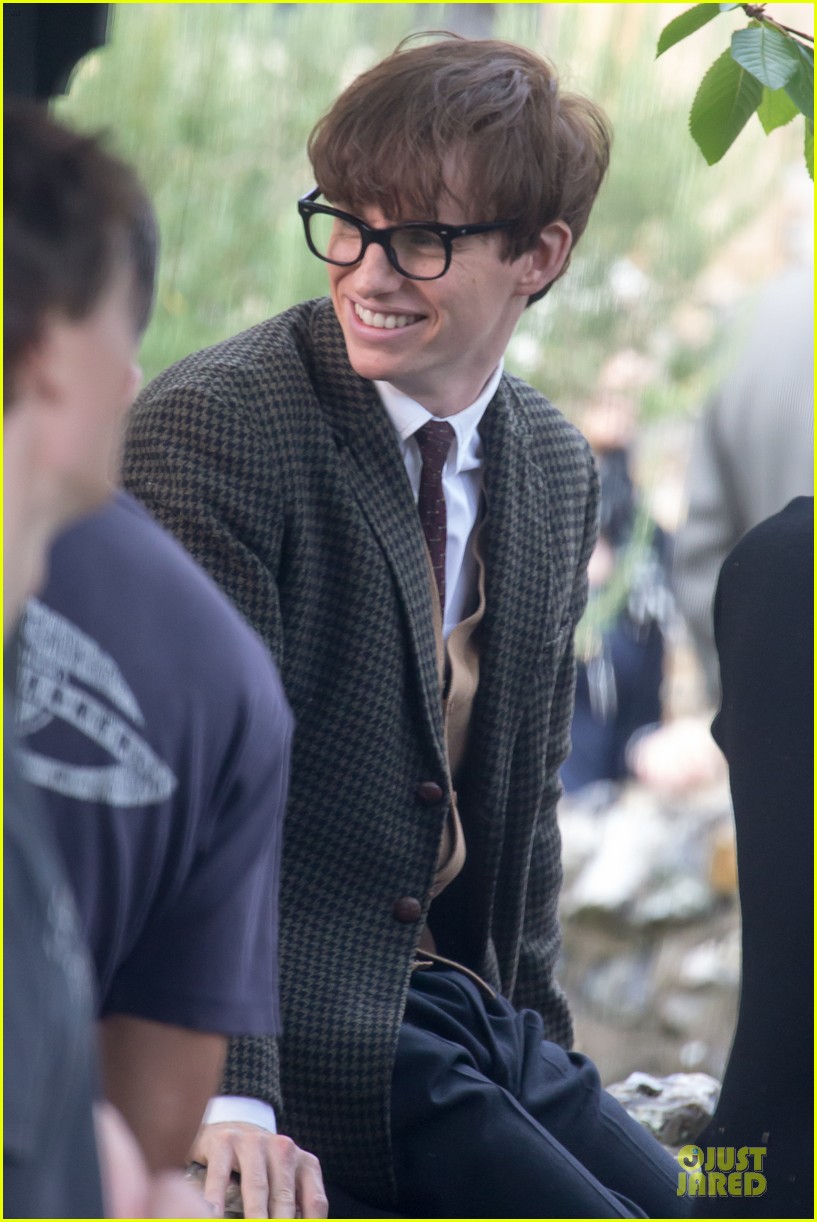 Hey, isn’t that the kid from that other movie? The one about the singing French peasants?

On that inspirational note, until next time–