Actually, yes, we ARE ready to play ‘The Feud.’

If not the best-selling album of all time, Fleetwood Mac’s Rumours must be the best-selling misspelled album of all time. The legendary 1977 record has sold more than 45 million copies, but the coed quintet had not toured live with all five members since 1998, as Christine McVie (who sings lead on such classics as “Don’t Stop” and “You Make Loving Fun”) had retired to the English countryside.\

I always liked McVie. To draw an analogy from another musical remnant of that era, WKRP in Cincinnati, I always saw her as the Bailey to Stevie Nicks’ Jennifer. Anyway, Fleetwood Mac launched a U.S. tour, I believe, earlier this week at Madison Square Garden.

How do I know FM (has there ever been another band played as much on FM whose initials are FM?) are pros? Look at this tour schedule. They tackle the northeast in autumn, when it’s still pretty, then they head west as the weather deteriorates. You’re no idiot, Lindsay Buckingham.

This morning the band played four songs on Today (“The Chain”, “Little Lies,” “Gypsy,” and “Go Your Own Way”) and I stood in the crowd with a couple of family members to watch. (When my niece phoned her grandma, a.k.a. Phyllis, and told her we weren’t wearing jackets, there was an audible gasp; in her mind it’s always 31 degrees and muggy, as in someone’s about to mug you, in NYC).

Pro tip for next time: You can watch the band rehearse at around 6 a.m. and then not have to stand with as many people later. Also, the songs are not performed live. Each song was performed a few minutes earlier than it actually aired. “The Chain,” for example, aired at about 8:20 a.m. but the band played it at 7:52 a.m. I may be the only one who cares about such minutiae. 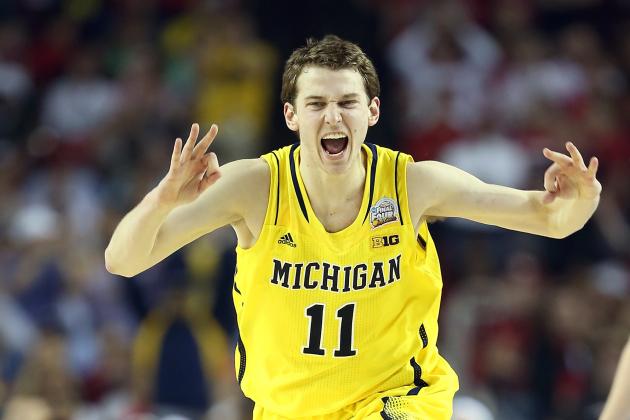 You ever notice how white people who have the least exposure to other ethnicities on a daily basis are the most up in arms when someone makes a racial comment –which is not the same as a racist comment? Yesterday ESPN’s Colin Cowherd said the following:

Regardless of what you may think of Cowherd, he’s correct in a general sense. Can I find a black man who loves the NHL besides P.K. Subban’s dad? Yes. But, from a demographic sense, is Cowherd accurate here? Yes. So why are some people so upset.

Also, on Sunday night Sacramento King rookie guard Nik Stauskas –who is not only white, he’s Canadian— said, “”I understand that I’m a rookie and I’m white, so people (i.e., opposing players) are going to attack me at all times. Just coming out there in the game, I felt it right away.”

Children, please. Or maybe Stauskas was just reacting to these comments by Jason Whitlock. I like this. On November 7 comes the release of The Theory of Everything, which is the story of the life of physicist Stephen Hawking, who wrote a bestseller that no one has ever read from start to finish (except perhaps my work station neighbor, Alex Nazaryan).

One week later, November 14, comes Dumb and Dumber To with Jim Carrey and Jeff Daniels reprising their roles as Lloyd and Harry.

My guess is that the latter will earn more at the box office while the former will be nominated, if not win, Best Oscar. It’s the Tropic Thunder theory of “Never go full retard” on display. TToE is sort of  A Beautiful Mind meets Good Will Hunting meets The Sessions, and what Oscar voter will be able to resist that?

Still, wouldn’t this be a terrific double feature?

Wouldn’t it be ironic if THIS were the antidote to Ebola?

It was The Hollies who sang, “All I need is the air that I breathe” (they also sang this, which we’ve featured on MH before; and this; the Hollies may be the MH house band), a song whose melody may or may not have been pilfered by Radiohead a few decades later.

So what? Well, yesterday the Center for Disease Control admitted that, you know, maybe that deadly virus known as Ebola is an airborne virus. Which means, like, um, it’s not just contracted by having sex with chimpanzees. So you can catch Ebola even if you’re not monkeying around (thank you, thank you).

Well, have fun with that medical profession. A person enters the ER with Ebola-like symptoms and Dr. RosenRosen and Nurse Ratchet are just supposed to treat him? Yeah, nobody panic.

October: it’s Ebola Awareness month, even if you never intended it to be.

“I must have made a wrong turn somewhere”

That’s mountain biker Danny McCaskill, a native of the magical Isle of Skye in Scotland, a the precipice of well, everything, on his native isle. This video is beyond Paul Carr level of mind-blowing. Most of us would be too afraid to walk the spots McCaskill cycles here. Can this win an Oscar? Shouldn’t it? Here’s an interview with the director, Stu Thomson.

The video has received 12 million views since it went on-line. If only McCaskill had capped off his two-wheeled climb to the top with a Harlem Shake.