Like Sophia, Phyllis traces her roots to southern Italy

“Mom, will you hear my Latin?”

In high school, as you may know, the key to academic success is memorization (or sitting behind the smart kid). I did well in high school because I learned how to distill most subjects into memorization, and I knew that I hadn’t truly memorized something until I could recite it blindly in front of my mom.

So on most weekday afternoons between 1980-1984, my mom would arrive home from work as the best damn legal secretary in the state of Arizona and some time before or after she prepared dinner for a family of five, she would “hear” my Latin homework (we both enjoyed the Latin declension for “thousand,” which has a mellifluous ring: “mille, mille, mille, mille, mille/milia, milium, milibus, milia, milibus”) or my Western Civ or my Biology. Anything in which memorization was called for.

One Sunday, in October of my freshman year at this extremely difficult Jesuit high school where I knew no one and where I was sure I was in way over my head, I  had to construct a map that took in many elements of the Old Testament: the path of the Exodus, the Fertile Crescent, the 12 Tribes of Israel, etc. I’m not very artistic (I’m not at all artistic) and this seemed doomed to failure because 1) I can’t draw and 2) it seemed that a lot of the tangible elements would overlap one another and just look messy.

Dear God: Why could you not have made the Holy Land bigger?

(I almost forgot: This was a Sunday in October and I am sure I was missing Tom Landry and the Dallas Cowboys, which was killing me. We spent all dang day on this map, Phyllis and I.)

The map was for my 8 a.m. freshman “Salvation History” class, taught by Fr. James LaCasse, S.J., who would turn out to be the toughest (i.e., best) teacher I ever had. Fr. LaCasse, a Jesuit priest, was so tough that he was on the ski patrol at Sunrise Ski Resort in the White Mountains of eastern Arizona, but he only skied in cargo shorts. Anyway, it was my mom , who never attended college, who had the genius idea to laminate the map with clear plastic sheets so that it would have layers.  And so that’s what we did.

That Monday both of Fr. LaCasse’s classes turned in their maps, nearly 60 students.  And my map was the only layered map. Two weeks later, when he finished grading all of our maps, my map —our map-– was the only one that earned an “A.” The next semester, when we did New Testament maps, everyone poached Phyllis’ patented laminate idea.

I know what you’re thinking: Katie’s childhood stories are funnier.

Anyway, that, um, map quest was the first sign I had that I may not grow up to be a complete failure (says a guy with a blog. Ha!). And I mention it because today is a very special day around the Medium Happy offices because it is Phyllis’ birthday. And she’s just the best person I know. It was way more intricate than this. That map had the potential to be a mess o’ potamia! HEY-O!

My dad, who passed away two years ago, used to call my mom “Sophia” because of her resemblance to fellow southern Italian ancestry beauty Sophia Loren. Now, I’m not ready to go that far. I’m not ready to say that Sophia Loren is THAT beautiful. But she’s pretty striking.

And I know that every morning Phyllis/Sophia wakes up around 5 a.m. and waits to read this blog. There’s no greater reason I do it (Katie’s just in it for the money, on the other hand). So today, Item 1 is a humongous…

to Phyllis/Sophia. And I’m not sure where that map is, Mom, but wherever it is, I’m sure you’ll get around to cleaning it at some point this week.

So, yes, the moral of this story is that I’m a complete fraud and that Phyllis is the brains behind the operation. Which everyone in my family already knew.

Great anecdote from the book Live from New York, by Tom Shales and James Andrew Miller. It’s just after season one of Saturday Night Live, the summer of ’76, and the show’s bandleader, Paul Shaffer, is given a shot at hosting a summer variety show. Variety shows are things that used to air on TV back when TV executives thought it was incumbent upon people who appeared in the boob tube to be talented.

Anyway, the pilot airs and it bombs. A few of Shaffer’s friends, SNL cast members, are watching the show at someone’s beach house. Chevy Chase places a call to Shaffer. “Paul, I just wanted you to know we all still love you and respect you,” Chase says.

Then Chase acts as if he’s been interrupted. “What’s that?” he says, loud enough for Shaffer to hear him. “Oh. Paul, we all still love you.”

I’m reminded of that story as I read or see so many of us cheering for John Mulaney right now. To this point, and it’s only two episodes in, mind you, his eponymous sitcom does not measure up to his talents. My two cents: he’s not being himself. Not yet. He’s being too innocent and self-conscious.

So here’s a terrific segment called “Ask a Grown Man” that Mulaney did earlier this week for a site called Rookie in which he basically just answered questions of confused teens. And it’s far more intriguing than the sitcom because this is the real John Mulaney (minus all the funny). I can’t wait until this guy shows up on TV, and I have a feeling that he eventually will.

We love Mulaney. We only want copious meats and cheeses and the best fruits of the vine for him.

Not a fan of BS

I don’t know about you, but I just can’t sleep at night wondering what’s next for brave Bill Simmons.

It’s not too late, Norby.

It was a terrific chart someone posted yesterday. The two winningest active quarterbacks in college football are Jameis Winston of Florida State (19-0, 1.000) and Everett Golson of Notre Dame (16-1, .941), and we add the caveat that yes, there’s a lot more to do with winning than quarterback play and that certainly Winston has played a greater role in his team’s wins, especially in his first season as a starter, than Golson has.

Still, it’s a great stat for this week.

Jameis should surely get a cut of the proceeds here…

Earlier today Kirk Herbstreit appeared on SportsCenter and declared that Winston and Golson are “the two best starting quarterbacks in the entire country.” And while I normally agree with everything Herbie says, here I must invoke the good name of Col. Sherman T. Potter and declare, “Poppycock!”

I mean, they’re both terrific, but Oregon’s Marcus Mariota has thrown 17 TDs without an interception while Golson has committed nine turnovers and a pair of pick-sixes in the past three games.

When Tony Rice used to fumble, Lou Holtz made him carry a football to classes. Don’t know if BK is doing that with Everett Golson this week.

Some great disparities between Jameis and Everett: One, talent-wise, is a Top 10 NFL pick though I’m not sure where he’ll be taken next June. The other, I don’t even know if he’ll go pro after this season (Malik Zaire’s shoulders just slumped). Also, Everett sacrificed a semester of school and an entire season, 13 games, because he cheated on a final exam. Which is justice.

Winston has sat out a total of one game the past two seasons, and even that was originally just for a half, and even that game he suited up for. You know the litany of charges, I won’t repeat them here. Golson and Notre Dame players are not perfect (“Frozen Five”). The difference between the two schools is that one polices itself, almost to a fault (vacating wins?) while another has dudes like Jameis and Jesus “BoBo” Wilson (“BoBo” is short for “Bodaciously Borrowed”) and a coach who says, “There was no victim so there is no crime.”

So, someone at Tosh.O pays attention to college football –and perhaps someone noticed the uncanny resemblance between Lane Kiffin and Daniel Tosh. I do wonder how long those Layla Kiffin auditions lasted.

Our man in eastern Tennessee, Wes Rucker, posited that Tosh could probably run for governor of Tennessee and win this week. Just noticed that’s like the second reference to the Vols this week on this blog. I don’t even know you any more, Medium Happy. 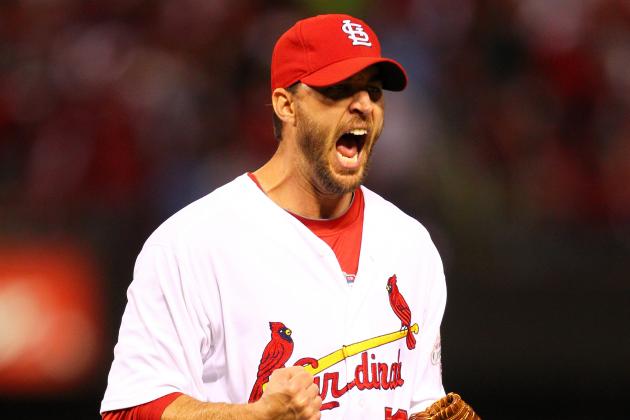 Every 29 years the Kansas City Royals get into the World Series, but is it also written that they have to face St. Louis? Just to change things up, I’m kind of rooting for a San Fran win tonight so we’ll get an SF-KC World Series. I imagine baseball writers who enjoy collecting frequent flier miles are, too. By the way, I’m enjoying Jeff Passan’s baseball columns the past month. Terrific work. (that was my obligatory Richard Deitsch-like note of today’s blog. With love, RD)