I for one, like the redecorating around here—so austere, so tasteful. Kind of McSweeney’s-esque but without all the dumb content.

I admit, when I first saw it I was like “HACKED! HACKED AGAIN! HAAAAAAACKED” and then I ran outside, dropped to my knees and raised my arms up to the heavens as the tears came down. Why….whyyyyy…

But then I read that thing that Jacob wrote and I was fine. Good job Jacob, I love the new look!

I’m just starting Twin Peaks on Netflix as I write this; I’ve never seen it and I’ve been told it’s right in my wheelhouse, so I’m excited but also kind of distracted. Which pretty much describes every moment that I am awake.

So the deal was, when I was a kid, we had to eat a real meal before the bacchanal of trick-or-treating started. My mother was, and is, a phenomenal creator of meals worth all the ceremony of hand-washing and grace-saying and table setting, but on Halloween, c’mon– we were champing at the bit to get out in the field, so she cut us a break and fed us something easy and quick like weenie beanies or spaghettio hotdish. 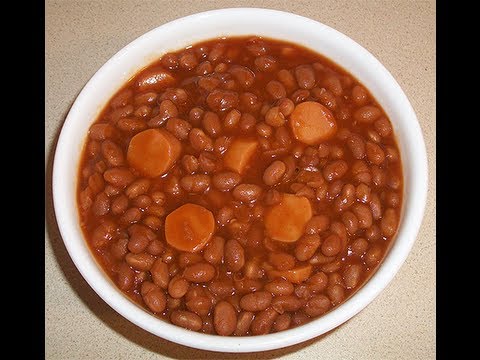 It’s better for you than candy! It is.

A break for her, too—are you kidding me? Now that I am a person in charge of feeding other people, I cannot believe the meals she made for us on a nightly basis.

Case in point—tonight I made her sweet and sour chicken. It takes a while, kids, and it dirties up every surface and every pan in the kitchen and makes the whole house stink for days. I can only imagine what it does to my insides.

I’ve tried tamping down the “terrible for you” quotient; I’ve tried not breading it, I’ve tried baking it instead of frying it, and it’s just not the same.

Tonight we threw caution and years of our lives to the wind and rocked it old-school. I’m headachy now and very soon an Ebola-type (you didn’t think I would get through this entire post without mentioning Ebola, did you?) situation will occur in my bathroom, but it was worth every bite.

Earlier though, as I was standing at the stove, frying breaded chicken and reflecting on my life, I couldn’t help but think of my mom, making this absurdly complicated, messy meal for eleven people–at least ten of which were guaranteed to want seconds. Lots of times mom would barely eat once we sat down at the table.

“I’m sick of looking at it,” she’d say when questioned. I’m pretty sure she meant the food, not the brood. Best not to dig too deeply.

The hours after school and between dinner were a whirlwind of pumpkin carving and costume procuring–kids running from house to house, scrounging through each family’s belongings to try and find something, anything, that could pass for a costume. The lower the sun got, the more frantic we became. Loooottt of ghosts back then, friends, ghosts and hobos.

If you were really lucky you had an older brother who worked construction or played football or something, or a journalist dad who traveled a lot and had a strange collection of accessories—good luck sneaking them out of his office, though. (Did I ever tell you the story about how on “wacky hat day” at school, my eight-year-old self snuck what I thought was a real cute beret with a cute little star on it, only to have the war-veteran gym teacher explain to me in a shaky voice that it was official issue Viet Kong? No? I thought for sure I had.)

For some weird reason, one year we had three store-bought costumes. I have no idea where they came from—someone must’ve given them to my mom, and we found them crammed in the bottom drawer of the dresser on the back porch.

There was a Frankenstein, a Dracula –both primo, grade A, top-tier monsters– and a vague, female spook; a white mask with a flame of red hair and a white gown with a scary jack-o-lantern on it.

Billy and Andy immediately grabbed Frankenstein and Dracula, leaving me with the lame, nobody-knows-what-this-is-supposed-to-be costume.

My sister Margy told me it was something called Pumkin Lady, and she rolled around on the ground, tripping people and breaking their necks.

Huh. I still wore it, it was store-bought, after all—but I knew it was b.s.

1. Paris And The Giant Butt Plug

Nope, not the much anticipated sequel to James and the Giant Peach—oh that it were.

It’s a sculpture, entitled “Tree”, by American artist Paul McCarthy. It was erected, loud and proud, in the Place Vendome in Paris last week. It’s a tree. Where you deposit it is entirely up to you. Alternately, “Timberrrrrr!”

Apparently those who know contemporary art know McCarthy does things like this—makes big, silly, obvious sculptures and pretends they’re something else, so one has to wonder why anyone is surprised when his artwork causes a ruckus.

Perhaps that’s the point? Maybe he’s just seeing if he can continue getting artsy types to fund his work no matter how ridonk it is.

It’s gone now—vandals deflated it in the night—and when it was first revealed, apparently someone in the crowd slapped the artist and ran off. That sounds so French, doesn’t it?

French Philistine: “Zees ees not a tree, it ees ze buttplug! I know becazz mah waahfe hahzz a large colleczion of zem! I slap you in zee name of France!”

2. Oscar De La Renta Gets On the List Twice

John already covered this yesterday, but I’m doing it again. Why? Here’s why:

I’ll put that up against “Tree” any day of the week.

I love  beautiful art, whether it’s a painting, a comic book, a butt plug or a ballgown, and Mr. De La Renta was one of the very best. I cannot and probably never will be able to afford couture, but I am a great appreciator of it.

And when I was a kid, I used to check fashion magazines out of the library and draw the dresses. I usually tried to slip a few issues of After Dark (not for the articles, either!) into my pile as well, but I always got caught. A story for another day. Are you sure your mom said this was OK?

The last thing you’d expect to find lurking in your bananas is a creature whose Greek scientific name means “murderess.”

But that’s exactly what one London family found after a grocery delivery from the Waitrose supermarket chain, the Daily Mail reports. The family patriarch (known only as “Tim”) was unloading the groceries when he spied the venomous Brazilian wandering spider—the world’s most dangerous arachnid, LiveScience reports—and panicked, dropping the bananas into a bowl and trapping the spider by one of its legs.

My favorite part of this story is “known only as Tim”. Why so cagey, Tim?

Is it because you don’t want that spider’s family to find you? Well it will, Tim. You can count on that.

Toys ‘R Us is selling Breaking Bad action figures, and a Florida mom is petitioning to have them removed from store shelves. I have to agree with her; why are there action figures for a show that never had any actual action? Oh, snap.

Guaranteed 50% more entertaining than the show!

5. Questionable Study of the Week

According to a Hungarian study, those born in the summer tend to be moody bastards and those born the winter tend to be lovable and easy going. To support this claim, the article I read about it included this picture, with this caption:

Christian Bale was born in winter time and therefore tends to be even-keeled.

Those Hungarians. Always misreading the signals.

Finally, I am very excited to tell you that I am going to see the fantastically fabulous Tig Notaro tomorrow night! Full review next week.

3 thoughts on “Of Spiders and Midwestern Dinners”