In our continuing “Contributors More Talented Than The Imperial Poobah” series, here’s Gene, Gene the Blogging Machine, a.ka. @Okerland, a.ka. is a palindrome. Anyway, I’ll be back tomorrow with plenty to say about Renee Zellweger’s about-face face…. J.W.

She’ll call you for an Offensive Pass

Four days later and “The Pick” is still being discussed (not to be confused with Seinfeld’s The Pick, he just had an itch).  Thanks to different angles, the country is split on this. At this point, my anger has subsided and my viewpoint is this: The ref was told to look for it, he did, he saw it, he called it.  The call becomes moot if ND can’t win out since I don’t think a 1-loss ND team to someone other than FSU gets in.

But I do have issues with how the ACC handled the explanation.

Here is the Director of Officials explaining the call.

Note he never breaks down the play, he just explains what was called and why it was called. He essentially read the rule book.  I have a feeling that Doug didn’t agree with the call or had no idea who the call was on, and didn’t want to make the ref look foolish in front of a screen.

As much crap as Mike Pereira gets, he always uses video evidence to illustrate his point. I think the ACC dropped the ball here but someone had to explain why that flag was thrown.

To complicate matters, they’ve switched who the call was on again and said they missed a removed helmet call.  That’s not going to incite the Irish fans even more, is it?

BTW, the missed helmet call is big but I can give a pass since with all the confusion, the ND sideline had no chance to point it out and I have no idea how long the kid kept his helmet off.

Lastly, we will see how the ACC punishes this crew by what games they work the rest of the year.  Conferences can’t defend a call and then bash officials, they just move them to a lower profile game. 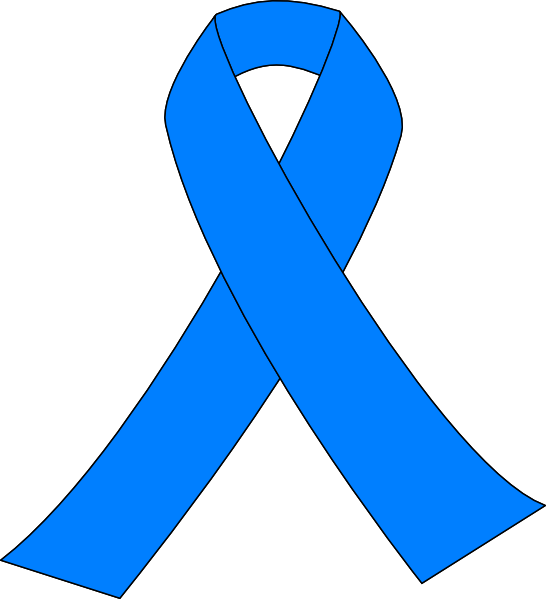 We’re two weeks away from Breast Cancer Awareness Month ending and thus no more pink uniforms in football. The reasoning for the pink uniforms was not only to bring awareness but to get the female demographic to watch the NFL.

Women’s sports will do Pink themed games too, but in an effort to attract more male viewers why not a Blue or Purple themed game?  What’s the worst that could happen, attendance doesn’t change? 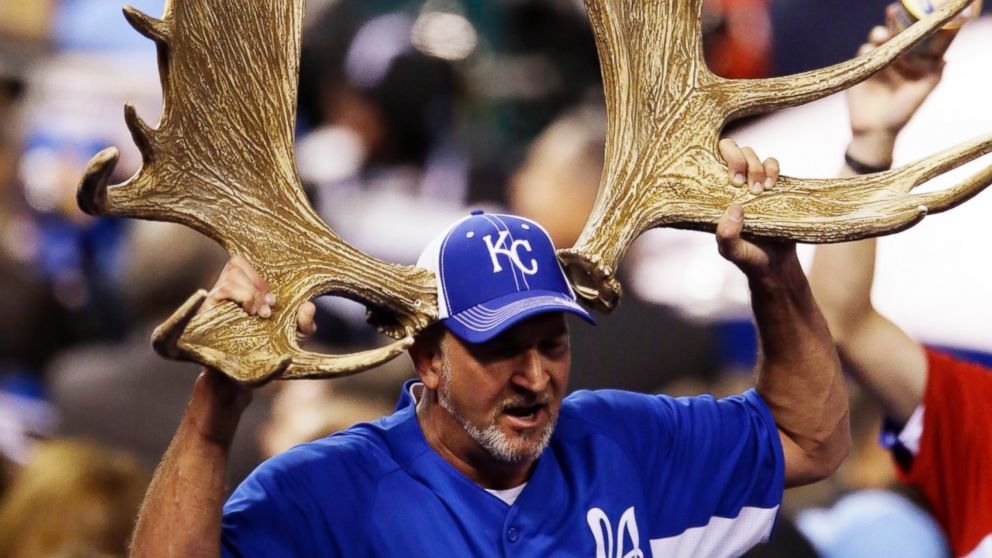 A moose-take for whomever sits behind him?

Two games into the Fall Classic (if the ratings get any lower, eventually it will be shown live on ESPN Classic) and we’re knotted at 1.  The Royals had won 11 straight playoff games and the Giants had won 15 of 17 postseason games entering Tuesday night.  The last time the Giants lost a game where either team could be eliminated was 2003.

Both teams did what the media wondered: “Could the Royals bounce back from a loss?” and “Could the Giants lose a World Series game?” The answer to both was yes.

I didn’t expect any high scoring games  but we’ve had two thus far.  And Game 2 showed that if the Giants can’t take the lead before the 7th, the Royals lock down bullpen will more than likely keep them off the board.

My heart says the Royals will win, but unless they are bathing in garlic and holding silver bullets (Billy Butler did win a Silver Slugger award in 2012 though), I can’t see the Giants losing this Series.

Biggest storyline in SF: Why Timmy (Lincecum) didn’t pitch in Game 1? (Members of the media fought on twitter) and Timmy’s health after stellar Game 2 performance.

Fact that may only interest me: The Giants get a split in KC, they are guaranteed to play all their home playoff dates. Talk about a sweet revenue. 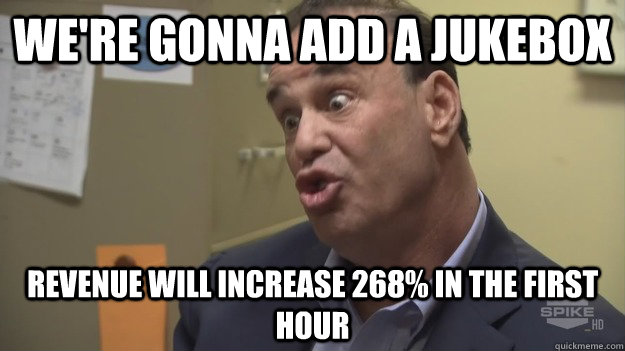 I’m a fan of Reality TV but not real housewives, the Kardashians or stuff like that.  I like the fixer up shows: Bar Rescue, Restaurant Impossible, Love it or List it.

The problem with these shows is that after they become more mainstream, the show changes from being entertaining to the star trying to live up to expectations. Take Bar Rescue for example.  The show now follows a format: crappy bar shows how crappy they are, Jon Taffer comes in and mugs for camera, yells Shut it Down and goes berzerk to show he means business. They do a stress test (when is the last time 100 people walked into a bar at the same time) which further proves they are incompetent but thanks to Taffer’s hard work and remodeling the place becomes a success again.

He’s had a decent success rate, but there’s a reason these places called Taffer: they don’t know how to run a business so they will be successful for a first few months after the remodeling but then things revert back to normal.

I also think some bar owners go on the show to keep a free remodeling and publicity and I am shocked how these people go in so much debt.

btw, what’s the deal with the Property Brothers?  why do they still live together?

Like most sports fans I’m superstitious, during the the 2012 title run I wore the same clothes each week. I even wore them to the game (they didn’t help). During the Pitt game, I sat in the same catcher stance for the 4th Q and OT (It worked!).

One of the people in my neighborhood has an ND mailbox, ND flag and ND license plate. I’ve never met the people there but before the Michigan game this year i left a note in the mailbox “MICHIGAN SUCKS”. ND won and each week since then I’ve left a note about Michigan sucking for fear that not leaving a note would result in a ND loss.

Well I left a note last Friday but thanks to the Back Judge, ND lost and thus the letter is not a key to ND victory.  So I ask the loyal MH readers two questions:

Put on a UNC shirt, print out a diploma and tell people you’re an alum