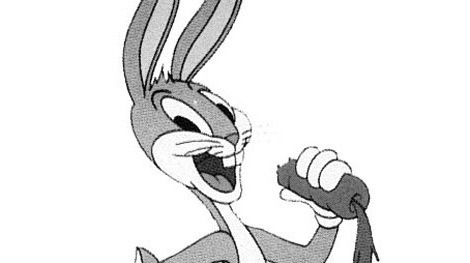 Hare Restoration*
(that headline, submitted by Greg Auman, is just so much better)

On Monday international film star Bugs Bunny arrived at an awards event in Hollywood (he could’ve been at Pismo Beach!) looking nothing like his former self. Pundits, bloggers and media who were there on the red carpet could not help but notice the radical transformations in Bugs’ face.

True, Bugs has not appeared in films since promoting the release of Space Jam in 1996, but really, do we believe this was just the natural aging process? Bugs was coy about his radically altered face, saying, “Myehhh, I’m glad people think I look different, Doc. It’s a product of my happier, healthier life. Also, it’s not wabbit season.” 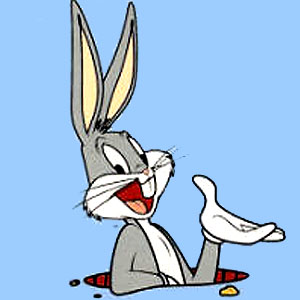 Here’s the thing, people: put aside the vapid celebrity gossip shows or tabloids. They’re always going to be moronic. For the average person to not notice and perhaps even remark on the fact that a world-wide celebrity, one whose face IS Bugs’ brand, has changed so much that one no longer even recognizes him, is not a crime. Nor should it be condemned or be an excuse for some (usually female) columnist to chastise us for demanding rabbits to conform to unrealistic standards of beauty. 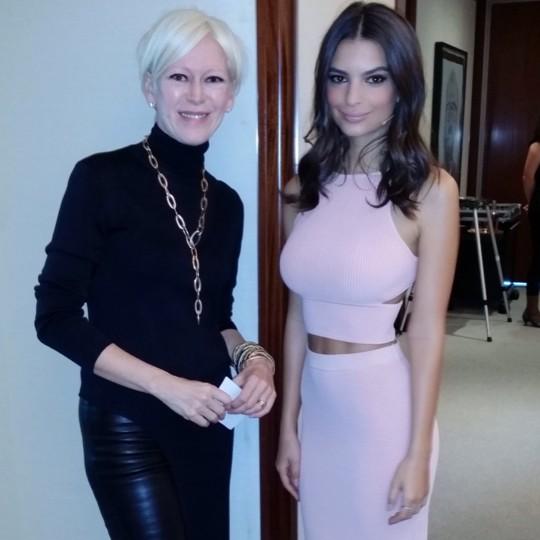 2) If Bugs Bunny had just said, Yeah, I had plastic facial surgery instead of playing coy, it would have ended the matter.

3) Bugs can do whatever he wants to his face; and human beings, who notice things, are allowed to notice it.

4) The hidden issue here? What is inferred with plastic surgery. If Elmer Fudd –or Belinda Carlisle–were to lose a lot of weight through proper diet and exercise, the women’s gabfest talk shows would publicly praise him. He might even get a People magazine cover. That, too, is a radical alteration of one’s appearance. But this is different. Because, like it or not, it implies that Bugs wasn’t comfortable with his appearance; that perhaps he was insecure. Which is a sign of weakness or instability. Which people find unattractive. 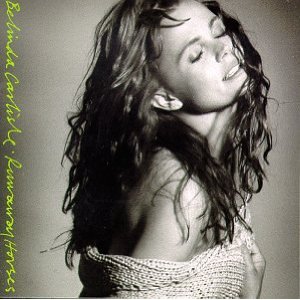 5) Here’s Russell Brand, whom I love, remarking on Bugs’ facial modification and the hysteria. While he’s correct, perhaps, to pillory all the vapid rubes discussing Bugs, his use of non-human entities (apple, polar ice caps and Baghdad) (6:44)to illustrated how things change over the course of 10 years (“time has an impact on matter”) is irrelevant. The only example that applies is another human face. And Brand threw in his because he knew a halfway intelligent (I’m a third of the way) person would point that out. But did you notice that when Brand showed a photo of himself from 10 years ago that it was obvious that, well, it was Russell Brand? Maybe he should’ve shown fat and skinny Jonah Hill instead?

It appears that we’ve seen the last of the Lakers’ Hall of Fame back court of two-time NBA MVP Steve Nash and one-time NBA MVP (but five-time world champion) Kobe Bryant. Nash’s lingering back issues will mean that the listed-at-six-foot-three (but more like 6-1 1/2) point guard will miss the entire 2104-2015 season. Nash would be 41 when he returns; if he returns.

So now we’ll get to see a lot more of Kobe and Jeremy Lin, which could be fun, actually.

As for our Canadian friend,  there’s a melancholia knowing that one of the league’s best people, arguably its most selfless player and a true leader, will retire never even having had a taste of an NBA Finals. Nash will go down not only as one of the best teammates and smartest men to ever play in the NBA as well as one of its most unlikely success stories, but he should also be remembered as the greatest NBA player to never appear in an NBA Finals. Nash led the league in assists six different seasons (not including the year in which he had his most assists, 898, in 2007-08), was the quarterback of those wildly entertaining “Seven Seconds or Less” Phoenix Suns teams, and I believe will retire having come as close as anyone in NBA history to achieve a .40-.50-.90 (40% from beyond the arc, 50% in field goals, 90% from the line; Nash’s numbers are 42.8%, 49% and 90.4%).

He’s also No. 3 all-time in Assist (10,335), just one ahead of Mark Jackson, which just has to kill Mark Jackson (that’s what you get for passing the ball to Gerald Wilkins). Cirillo loved and rescued pooches, which makes him even cooler to us than if he were just Canadian (which is usually cool enough in itself.)

The 24 year-old Canadian reserved solider, Nathan Cirillo, who was shot and killed on Wednesday while guarding the Tomb of the Unknown Soldier was carrying a rifle. But only for ceremonial purposes. Those weapons contain no rounds of ammunition, which rendered Cirillo helpless when the stupid gunman attacked (I imagine I could have come up with something more inflammatory and vulgar than “stupid gunman,” but you get the point). Vickers, moments after firing the three shots that killed the gunman

However, the 58 year-old Sergeant-at-Arms, Kevin Vickers (is there a vicar named Kevin Sergeant-at-Arms? This is what keeps me up at night…this and old episodes of The Newsroom). was toting a pistol and probably saved a few lives by shooting the gunman dead in the halls of Parliament. Good shot, too, since the gunman was wearing body armor.

Vickers, deservedly, got a standing ovation in the House of Commons yesterday in Ottawa. And that’s great. But maybe if you’re going to ask a young man to don a uniform and carry a rifle, to be both a symbol of military security and to be a target, maybe you give him some ammunition. Next time.

4. Mulch Ado About Nothing? Would you punch these guys?

(The judges will also accept Greg Auman’s “Taxi Squad Confessions,” but only because it’s better)

The Denver Broncos cut safety John Boyett, a member of the team’s taxi squad, after he punched a taxi driver (after having been sent home from a bar for threatening a bartender) and then hid in a pile of mulch from the police. Medium Happy’s crack legal team has investigated the matter and learned that there is nothing overtly illegal about concealing oneself in a pile of leaves–particularly if one is taking part in The Hunger Games.

The Broncos were the second team to cut Boyett, a former Oregon Duck, after an intoxicated encounter with the police. Last year he had a similar run-in with police in Indianapolis Colts, at which time he told them, “You can’t arrest me; I’m a Colt.” (Or was that Jim Irsay?). They did and Boyett was released the next day.

Meanwhile, earlier this week Robert Klemko, a writer for SI and MMQB who not only punched a cabby but commandeered his vehicle, was arrested. SI has suspended him for four weeks. So the NFL is tougher on cabby assault than Sports Illustrated? Got it.

(The judges will also accept “Girls on Film”) 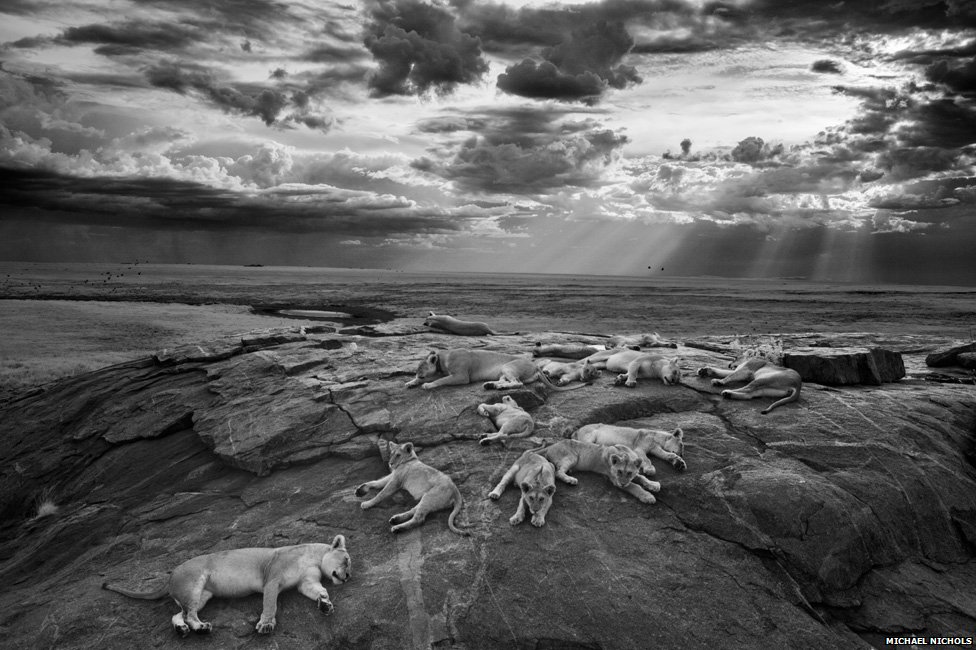 Do these guys know they have a game versus the Falcons on Sunday at Wembley?

This photo earned Mike Nichols (not the dad of Rachel Nichols, but wouldn’t that have been cool?) the Wildlife Photographer of the Year award. The lions are slumbering on a rock outcropping on the Serengeti Plain –at first look, at least to me, it appeared to be an ocean in the background, but it’s just an ocean of plains.

Bad news? Two of these females were killed not long afterward when they ventured onto land outside of the park (Rule No. 9: When it comes to animals, too many people suck.)