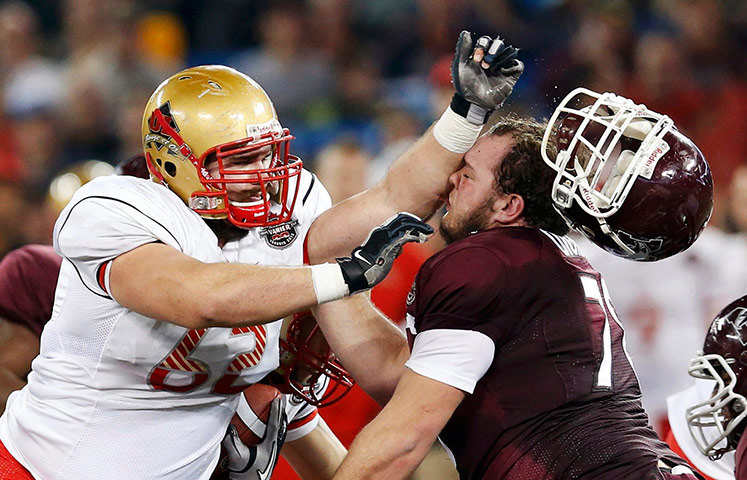 Smash ’em in the Face!

The above photo is a fairly symbolic representation of what the Rouge et Or (“Red and Gold”) of Laval University have been doing to its gridiron competition the past 15 or so years. On Friday night the Quebec City, Canada-based university won its 25th straight game, defeating McGill, 53-14.

Since 1999, Laval has won eight Canadian Interuniversity Sport (CIS) Football championships, a.k.a., Canadian national championships. The Rouge et Or have also currently won 69 straight home games. The program, which we featured in Newsweek, has only been in existence since 1996.

The home field of the most successful team, the past 3 years, in the U.S.A.

Also worth noting: the North Dakota State Bison of the FCS (which stands for, “Not as Much Money”) won their 32nd straight game on Saturday, a 47-7 win at South Dakota. The Bison have the longest college win streak south of the border.

The Rouge et Or have won three national championships in the  past four seasons, while the Bison have won three in the past three. Perhaps they should play. Their weather is roughly the same. 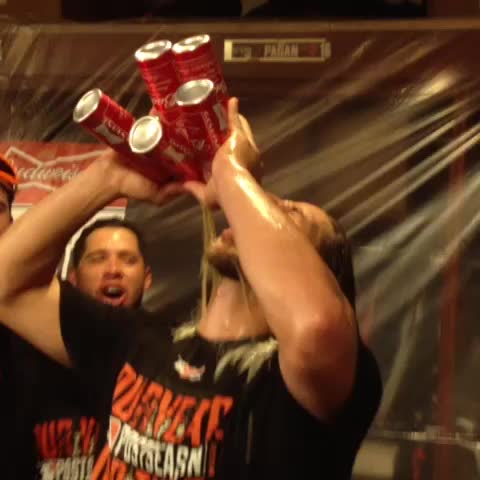 There should definitely be a “Drink Responsibly” PSA in MadBum’s future.

The San Francisco Giants’ Madison Bumgarner may soon be chugging an entire case of Budweiser (Bumweiser?). Last night the Hickory, N.C., native pitched a complete-game shutout win in Game 5 of the World Series, giving him a 2-o record in this Fall Classic with a line of 16 innings pitched and one earned run.

Tack those two games on to Bumgarner’s one start in each of the Giants’ previous World Series of the past half-decade, in which he went 2-0 and allowed no runs in 15 innings, and you get a World Series pitching line of 4-0, 31 innings pitched, one earned run, for an ERA of 0.29.

Simply put, no one with more than 25 innings pitched in World Series history has a lower ERA. MadBum has been a better than average pitcher the past two seasons –sub-.3.00 ERA and a record of 31-19 but he turns it up in October. Simply put, MadBum pitches in the World Series the way Clayton Kershaw should pitch in the postseason.

3. Sack Dancing with the Stars 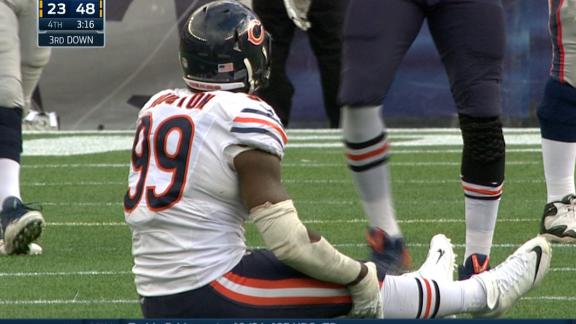 I’ve sack-danced and I can’t get up…

Forget concussions. Well, if you have a concussion, you probably already have forgotten the previous sentence. Anyway, forget them. The latest injury scourge is terpsichorean post-sack demonstrations, as yesterday the Chicago Bears’ Lamarr Houston suffered a season-ending knee injury after sacking Patriot quarterback Jimmy Garoppolo with the Bears trailing by 25 points.

As you know, the Detroit Lions’ Stephen Tulloch was lost for the season last month after a similar performance. The common element here is Midwesterners dancing. It needs to stop.

Also, should their teams be on the hook for paying them? Doesn’t seem fair to the team that a dude gets paid for being an idiot (this is where the “players are always right even when they’re wrong” crowd would lob verbal ripe fruit at me on Twitter).

Meanwhile, this is just another reason why J.J. Watt should be the leader for NFL MVP this season. Yesterday Watt sacked Titan QB Zach Mettenberger and mimed taking a selfie of the moment.

It’s not that I dislike Oregon or feel the Ducks are not a good team. One of my good friends was a longtime Duck SID and how can anyone not root for Marcus Mariota (even if he does sound like a major commercial agriculture firm)?

It’s just that, has anyone noticed that there are three other Pac-12 teams who, like Oregon, have one loss? Two of those schools, Arizona State and Utah, have, like Oregon, beaten a pair of Top 25 teams. The third, Arizona, has only one win against a Top 25 team but it was against Oregon. In Eugene.

This is the classic name-brand example. If you, or the AP voters, did not know the names of the schools, you’d likely rank at least one of these schools ahead of the Ducks. Arizona’s only loss, after all, came at home on a missed last-second field goal from a highly convertible distance.

It’s not that this cannot be fixed. One from this trio will likely play the Ducks in the Pac-12 title game. It’s just funny that the Ducks are No. 5 while the Wildcats, Sun Devils and Utes are Nos. 14, 15 and 18, respectively. 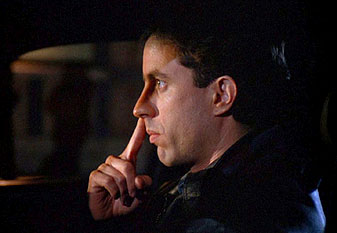 Finally, here’s “No Pick, Part Deux.” Utah’s game-winning touchdown pass versus the Trojans had some alarming similarities to a flagged game-winning TD from the previous Saturday.

A four-week suspension means that Klemko is currently on MMQB’s “Taxi Squad.”

I read my old colleague Richard Deitsch’s “Media Circus” on SI.com every week because it’s informed and you can tell just how much work he puts into it. It’s Luke Winn-level dedication. I don’t click on every last link because, hey, I may not have much of a life to lead, but I do have somewhat of a life to lead.

Still, two bones to pick with today’s edition. First, how do you write 800 or so words on Sage Steele, the latest incarnation of NBA Countdown, and the tense relationship between Steele and Bill Simmons without including a link to this clip, which tells the whole story of their relationship in less than 30 seconds? Is this a situation in which RD doesn’t want to piss off Norby so that he’ll continue to have access to ESPN personalities?

Second, I’m sorry, but if you’re going to devote an entire podcast to MMQB writer Robert Klemko’s experiences in Ferguson, Mo., last August, including Klemko’s assertion of being wrongfully detained by police (he is African-American), then you need to at least have a line about him being rightfully arrested by police in Chicago last weekend after allegedly behaving like a jackass  –not to mention a “cabjacker.”

I understand why RD probably cannot do this. But that’s exactly why readers have flocked to sites such as The Big Lead, Deadspin, Awful Announcing and, in the case of AARP-aged University of Maryland and LeBron James fans, Medium Happy. We have no lords that need favoring.

If you’re going to do a media column, great. If you’re going to call out people in the media for being incompetent or just plain contemptuous (Colin Cowherd, Clay Travis, etc.), great. But if you utterly ignore when your own media monolith is the story, you lose me. It’s no better than the ESPN Pravda that you occasionally cite.

(And there goes any slim chance of RD including a link to my Laval story in next week’s “Media Circus.”)