Katie’s right. Halloween…Thanksgiving…Christmas. How do you not love this time of year? I’ll say this, though, having lived part of my life in the Arizona desert and parts in the Midwest and Welcome to New York City. This holiday stretch is so much more awesome in lands of four seasons and leaf-peeping, etc. It’s as much better than any place such as Florida, Texas, Arizona or Southern California as the following three months (January, February, March) are that much worse.

Except for Texas. Which always kinda blows.

ANYWAY…Random Halloween thoughts: It is cool that a team with Halloween colors wins the World Series this week (We’ll see you again in 2016, San Fran)…my experience, and only because I don’t wear Sexy Nurse Costumes, is that most Halloween costumes are detrimental to one’s peripheral vision. I’m glad the lawyers haven’t yet figured out a way to litigate us straight out of the fun of this date…If you’re a household, be the household that serves up Snicker’s, Nestle’s Crunch, Three Musketeers or Reese’s Peanut Butter Cups…You HAVE to wear a costume. You cannot, as my big brother’s friends used to do when they got to their teenage years, just knock on people’s doors with a pillow sack in your hands. That makes you a panhandler, which, okay, may technically be a “costume,” but at least wear some home-fashioned cardboard shoes…

Sorry, Florida. We have this right now…You’ll win come January.

How to Make a Scary Movie:

1) Make it in black-and-white.

2) Never actually show splatter. The threat of something terrible happening is always scarier than the actuality of it happening.

3) Fog. (Humidity isn’t really that scary on its own)

“The next act is late. Can you just vamp for a bit, Bela?”

I know: It looks as if you’re looking at your Scrabble pieces, but it’s actually the name of a freshman female soccer player who scored 36 goals in just 16 games this season. Usta, the daughter of Turkish immigrants, lives in the Bay Ridge section of Brooklyn and shares a bedroom with her two younger sisters. Every day she has a 50-minute one-way commute by subway to the campus of St. Joseph’s College in Brooklyn.

But, once she arrives, Usta does nothing but score goals. She’s had a pair of six-goal games (double hat tricks?) for her Division III school. A five-goal game. A pair of three-goal games. I have yet to see her play a game in person, and it was funny that on the day I went to watch her practice earlier this week the field that the Bears were using had no goals. “Yeah,” the SID told me later, “we were hoping you wouldn’t notice that.”

No male or female, Division I, II or III has scored more goals than Usta. If she were to continue this pace, she’s shatter the NCAA career goals mark for men (137) or women (135).

Nice uniforms, though, Cards. I’d keep these as your primary unis going forward.

When Florida State tight end Once Upon a Midnight Dreary/As I Pondered Nick O’Leary pulled that suplex move on the Louisville defender who intercepted Jameis Winston’s pass, it was a symbolic gesture. It was Tomahawk Nation telling all of its critics, this one included, that they don’t care about all the investigations or barbs because guess what: Florida State is taking one of those four playoff dance cards.

FSU trailed 21-0 late in the second quarter last night to the Fighting Bobby Petrinos in Louisville and if you look at their schedule, this game was their last real test. And so what do they do but outscore the Cardinals, with The Greatest looking on, 42-10 the rest of the way.

The Seminoles do not leave Florida again until the ACC Championship game in Charlotte. They have Virginia in Tallahassee, then head down to play The U, then Boston College and The UF back in Doak Campbell. Will this November be quieter than last November? Will it matter? The Noles are going to the playoff. Deal with it. 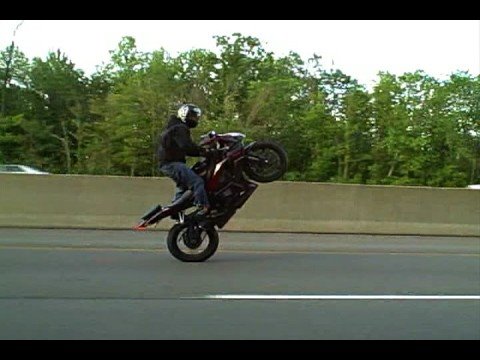 When he passes you on the interstate, just remember, He’ll be dead soon.

Florida man pops wheelies on motorsickle on I-95 north of Miami to impress female motorist, loses control, crashes into light pole, sails over retaining wall onto street below and dies. You never disappoint us with your imagination, Florida.

In the latest statistics revealed, 2012, there were 425 motorcycle fatalities in Florida alone. Nationally, 4,957 motorcyclists were killed in 2012. Which is kinda worse than that whole Ebola scare. Maybe there should be a Harley Davidson scare?

This dude could never have scored on an inside-the-park home run.

Okay. There’s no way you send Alex Gordon, who was already looking a little tired by the time he arrived at 3rd base, on Wednesday night. Why do people even debate this? Easy. Just think of the craziness of it: two outs, bottom of the ninth, Game 7 of the World Series, and you potentially score the game-tying run on an inside-the-park (error-aided) home run!?!?!

We’d have had to create an entirely new Level of Rule 27-dom for that one (for the newbies: Rule 27 dictates that in any baseball game there’s the chance to witness something you’ve never before seen, or even conjured).

Here’s the more intriguing wrinkle to me than Gordon going and beating the cut-off throw to the plate, which only happens if the Giants sub in 50-Cent at shortstop: Gordon runs and is ruled safe because Buster Posey is blocking the plate. And so what we’d have is not only Rule 27 but also a Great Moment in Irony, since the rule about blocking the plate was a direct result of the horrific knee injury Posey himself suffered a few years back. Now THAT I would have loved to see.

The other reason we –or Royals fans cannot let this go? Because, like with most tantalizingly torturous sports moments, there are so many what ifs as well as bizarre moments:

–WHAT IF Gordon had flown out of the box instead of watching the path of the ball?

–WHAT IF Juan Perez had bobbled the ball a second time?

–WHAT IF it had been one of K.C.’s speedsters, Lo Cain or Jarred Dyson, who had hit that same ball?

–WHAT IF Gregor Blanco had kept charging and dived? Might he have caught it and made arguably the greatest final out in World Series history?

And then there’s the fun stuff: Madison Bumgarner raising his arm in victory as Posey runs toward the mound. Too soon, fellas. Blanco’s boner. Perez, in the most critical moment of his career, taking his eye off the ball as he goes to pick it up and booting it with his hand.

Great drama. You couldn’t have scripted it any better.

Buuuut….anyone who watched the A’s-Royals wild card game knew that the following batter, Salvador Perez, is unable to lay off bad pitches. And yet, he did have the game-winner against the A’s in extra innings. So if you were Ned Yost, what would you have done? 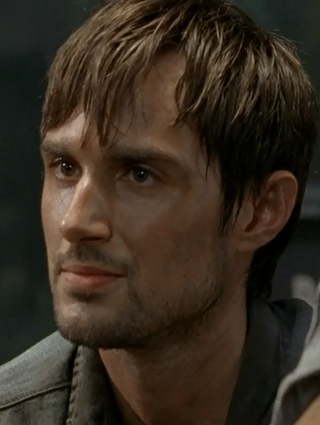 His next move? Owner of a Williamsburg bicycle shop/farm-to-market bistro

Did not get to this earlier in the week, but arrogant hipster farm-to-market cannibal butcher Gareth got his just desserts (and it wasn’t someone’s hamstring) on Walking Dead. Now we must debate which is your less favorite Gareth, him or the assistant (to the) regional manager at Wernham Hogg, Gareth Keenan? 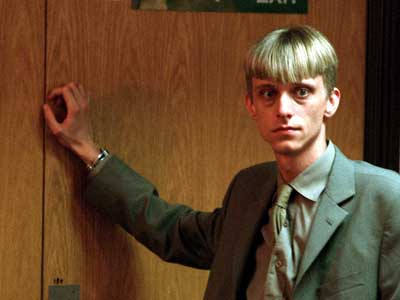 Brave vet of the Territorial Army… I love Dave. I love Taylor. I love that they love each other. Here’s their Smitten-fest from earlier this week.

LAKE Effects: The EKG-like chart of one stock, Lakeland Industries, maker of Haz-mat suits, during this Ebola-crazed month:

Shoot, Kobe, Shoot! My advice to the Black Mamba for the 2014-15 season. And now that serial chucker Russell Westbrook is out 4-6 weeks, the early lead for the scoring title is within his grasp.

Night of the Living Dead 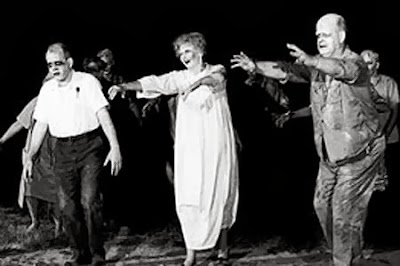 “We know you’re home, and we want some candy!”

Lots of scary offerings on this evening (Halloween, Silence of the Lambs, Amityville Horror, The Shining, Michael Feinstein at the Rainbow Room), but let’s go with this 1968 indie that did more with less. This is the film that kicked off the zombie phenomenon and it’s also, seen another way, the worst invasion of trick-or-treaters ever.

5 thoughts on “IT’S ALL HALLOWEENING!”