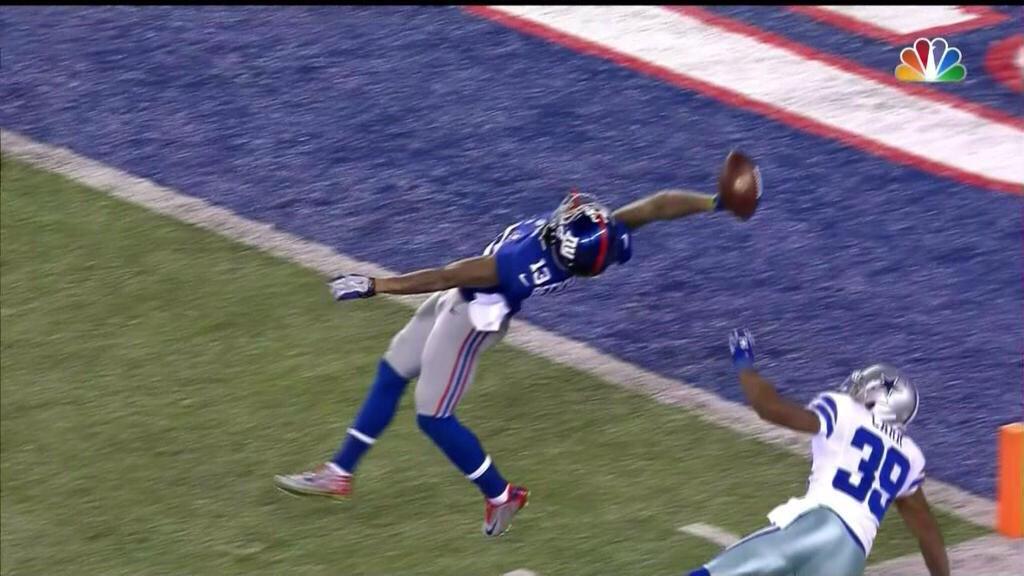 1. A Catch for the (Append)ages

Do we really need words here? I think the only other human who might possibly be able to make this catch is Kawhi Leonard (big mitts). Meanwhile, definitely the most impressive catch I’ve seen since Risky Business. 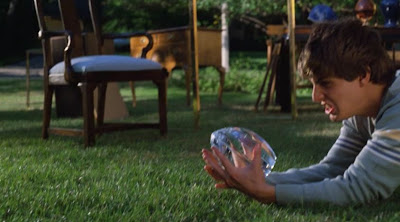 Goodson (I get it) was protecting middle-aged women’s eggs long before IVF clinics became a thing.

Don’t worry. The two of us will produce the best in-house newscast that Leavenworth has ever seen.

I’m sorry, but with only three episodes remaining, The Newsroom is truly hitting its stride. I don’t know what to tell you if you watch it contemptuously like some critics. I flat-out adore it.

–Assistant attorney general Barry Lazenthal was either lying or he took one too many hits to the head as an Aggie fullback. I did the leg work and Nebraska has never played Texas A&M four years in a row, much less beaten them four years in a row.

–“You’re pulling out your queen a little early…” Great line by MacKenzie McHale. Her other classic, which came straight from a 1930s or 1940s (or even 1950s) era screwball comedy: “This is so humiliating…I’ll need a dress.” (I may not have gotten the first part of that correct verbatim).

–“I’m seating you at the Loser Table.” Yup, been there, too.

–“And you were a dick? A little Dickensian?” OpCit.

–“Is it possible I’m not as big a TV star as I thought?” Second time in three episodes in which Aaron Sorkin has given Will the walk-off line of the night, a chance to be self-deprecating and also ironic.

–Lucas Pruitt’s assistant should know to ALWAYS carry a mini-bottle of Schweppe’s in her purse. I loved his reaction: “It eludes me.” By the way, wouldn’t a Danny Glover stalker channel be kind of boring?

–If you’ve been paying attention, the evolution of the characters and their identifying aspects, those foundations were laid in the pilot episode. When Mac first pointed out Maggie to Jim, she said, “She’s me, 10 years ago.” And now look at Maggie: stylish haircut, nicer wardrobe, better posture and lots more confidence. She really is all growed up, and Jim knows it –plus, did you see the body language between he and Hallie at the Correspondents’ Dinner?…Also, Neal. It was he who kept stumping for Bigfoot, so when he initially got the encryption request, everyone was dubious. Which made it a better payoff when he turned out to be right.

–I’ve been dying to attend the Correspondents’ Dinner for more than a decade. To think that ethics prof got tendered an invite less than two weeks after meeting Maggie? So not fair.

–Who knew that Don Keefer would turn out to be the comic foil? Here’s a character that Sorkin completely hoodwinked us on in the pilot. And how great was it when he barges in to Sloan’s office, breathless, and says, “We’re not dating” and she doesn’t even avert her eyes from the computer to reply, “Okay?”

–“I date people who go by Mr. Chairman. First-round draft picks, or high second-round at the skill positions.” For the record, Aaron Rodgers was selected with the 24th pick of the first round.

–Everything about the EPA deputy administrator (Hello, Toby from The Office) was brilliant and ominous and hilarious. The truth on global warming is, ironically, chilling. Glad I bought that beach front property in Asheville, N.C.

–Odds of a straight man walking off an elevator at work singing (and knowing the lyrics to) “Anything Goes?” (Okay, yup, been there, too).

Yes, but it was against Kansas…

…That’s how long Wisconsin’s Melvin Gordon (408) yards held the FBS single-game rushing record, a mark that had existed for 15 years (LaDainian Tomlinson, TCU, 1999). It was broken by Oklahoma freshman Samaje Perine (427 yards), even if it was only against Kansas. I’m wondering if Perine would be playing if that other OU frosh RB who punched a female student in the face in August and was suspended for the season had been in the lineup.

Perine broke the record on 34 carries, meaning he averaged 12.6 yards per carry.

Who will break Perine’s record this weekend?

Cheserek, in foreground, waits for teammate. How can someone this fast in Eugene not play football?

Even if you’re not much of a running aficionado, remember the name Edward Cheserek. The Kenyan-born, Newark-raised harrier just won his second NCAA Men’s X-Country Championship, and he is only a sophomore at the University of Oregon. The Ducks’ last repeat national champion in this discipline was Steve Prefontaine, whose life (and death) inspired not one but two films (starring Jared Leto and Billy Crudup, which is a bizarre Claire Danes cross-fire).

5. Bill Maher Had a Good Idea Ralphie hopes we can rescue Christmas, too.

On Friday night, before taking a six-week or so hiatus, “Real Time” aired and as usual, ended with “New Rules.” And, as usual, the last New Rule was an idea that host Bill Maher expanded upon, and essentially he was trying to rescue Christmas (and I imagine he’ll do a better job than Kirk Cameron).

s suggestion, and I’ve been holding the reins to this bandwagon for years, is that we can only rescue Christmas if we stop shopping so much. Buy kids presents. Okay. But after that, let it go (“Let it go!” Turn away and slam that door!”). Shopping, and spending, is why everyone loves Thanksgiving (absence of it) and dreads Christmas.

And as noted in this space previously, is there anything more perverted than honoring the birth of the least materialistic man in Western history, the icon of anti-materialism, by giving your credit card callouses?

Nothing worth watching tonight. Unless you’ve never seen “The Shawshank Redemption” before (STARZ, 9 p.m.), but then who ARE you? Instead, may I suggest you read this terrific NYT profile –I’m getting my Deitsch on– on TCM’s Robert Osborne?