Some idiot once said, “You only regret the things you didn’t do.”

This is almost as bad as “Everything happens for a reason”.

I regret everything that came out of my mouth between 6th and 12th grade. I regret every tank top I’ve ever owned. I regret the year I was a redhead.

I regret letting some ding-dong with visions of comedy dancing in his humorless head talk me into doing his stupid video web series.

If you stopped by here yesterday, and if you actually clicked on the video my dear friend John posted of me acting like a right jackass (I wrote that in a Scottish accent) you know what I’m talking about. If for some reason you didn’t watch it, (a reason like you have a job or you rightly suspected it was not a cat video and therefore not worth your time) praise Allah.

I feel defensive enough to offer an explanation to you kind people, who came here looking for sports and got that instead.

Many years ago, a young Midwestern girl had lots of older siblings who were good at everything; they were writers, actors, painters and jocks. She wanted to be just like all of them, so she did all the things they did, but poorly. The only thing she wanted as much as to be like her siblings was a sweaty coupling with Daryl Hall, and she still has the diary entries to prove it.

To quote my cousin Dennis, I, I mean she, was a moron in a family of geniuses. (He didn’t say it about her, he said it about himself, and she co-opted it—another example of her unoriginality. Also it isn’t true about him.)

Her older sister, an amazingly talented artist, painted the walls of her bedroom with enchanting scenes from Mother Goose. The effect was that of an alternate world, where no harm could ever come and life was a magical hug of tranquility. People came from blocks away to see it–their parents had dinner parties just so they could show it off.

So, our young girl painted her own bedroom walls with giant Don Martin heads from Mad Magazine, sloppily and with black house paint. The effect was an Easter Island nightmare. Her parents wall-papered over it, using the excuse that it “disturbed the baby’s sleep” (it was a shared room, natch).

Imagine an eight-year-old’s rendering of this, only 5 feet high and all in black.

That baby grew up to be another sister who was also better than her at everything, but by the time that became clear, our heroine was a full-tilt alcoholic and didn’t mind as much.

Her lack of talent didn’t stop her, however.

She liked painting, and writing silliness, and talking in funny voices on the radio, so she did all those things all the way into her adulthood, embracing the philosophy “Jack-of-all-trades, master of none.”

They were fun, and kept her occupied and out of the kitchen, an added bonus for her discerning children. They also put a few bucks in her pocket, which was really nice since the only thing she truly hated was real work.

Then one day, an incredibly horrible on-camera job she took showed up on the interweb, so she drank a large glass of Drano and took a nap that lasted forever.

Just kidding. About the Drano nap. All that other stuff is true, except the part about being an alcoholic. I can stop anytime I want to.

Yes, I am a commercial actor in a small market. Some of the jobs are good, some are not so great, but in the maybe-not-wise words of Ms. Lisa Rinna, “I don’t say no very often. I say yes.”

How have you guys been?

I can’t do a starting five today. Coming up with a real list involves reading the news, and I don’t feel like doing that. I know– you’re used to a higher standard; John does it and more, every single day, but he’s what is known in the industry as  a “pro”. He is also, if his Christmas cards are to be believed, a wildly imaginative cross-dresser. John’s Christmas card from last year. I know! I wasn’t expecting it either.

Five Reasons I Can’t Come Up With a Starting Five

1) I’m too busy pondering why Angelina Jolie and Amal Clooney hate each other.

It seems so wrong that they do, but it feels so right.

2) I’m pulling the cat out of the Christmas Tree

Some day, when I have a personal assistant, this will be their job. Until that day, I have to do it.

Fittingly, my agent’s annual Holiday soiree was last night, and I had two margaritas. Then I came home and ate 317 Christmas cookies, yet here I am, ten hours later, hungry. The human body is truly a miracle.

This is a selfie I just took

Several family members have been encouraging me to watch this show, assuring me it’s right in my wheelhouse. How well they know me! I can’t get enough. 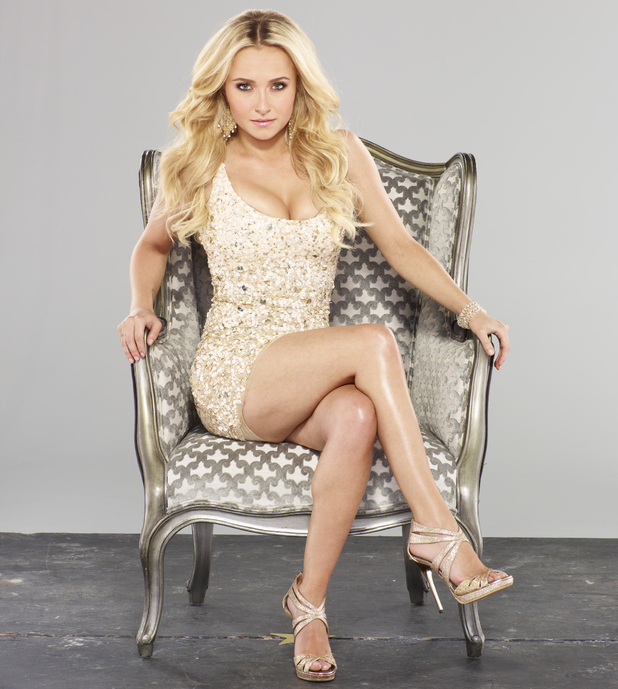 I’m a massive fan of this little spitfire

This isn’t true, at least not yet. But it’s on my list for 2015, so in another month it will be true. I’ll have to change my pen name now, since the whole idea behind it is so no one will ever know it’s me and I just told you that it is.

I will spend the rest of today coming up with pen names. Suggestions most welcome.

6 thoughts on “And It’s Not Even Wednesday”