Have we all recovered from the randy ramblings of Olivia Thundersaddle? Dear Lord, Katie, I had five nightmares last night, all of which included that line from Airplane: “Joey, have you ever been in a Turkish prison?”

On with the show…

Last week’s Victoria’s Secret Fashion Show from London aired on the CBS last night and someday soon we’ll laugh about the fact that this ever appeared on tape delay (just like the 1980 NBA Finals did). VS has figured it all out, accompanying much of the runway segments with live performances from big name acts (Hozier, Ariana Grande, Taylor Swift, some schlumpy ginger dude who looks like the guy you studied with for the Econ final [Ed Sheeran]).

They’ve also turned the models –Adriana Lima, Alessandra Ambrosio, Candace Swanepoel, Karlie Kloss–into rock stars themselves. And they’ve dubbed them “Angels” because dubbing them “Unnaturally thin and busty babes who probably have eating disorders” is tougher to fit on a curtain.

This is exactly the reason, back when I worked at SI, that I tried to never walk the hallway at the same time as Josh Elliott

This will be an event held in an NBA arena-sized venue in a few years. It’s like the pro version of Miss Universe. I do hope Mr. George Michael (not the Sports Machine guy, Davo) receives his due for launching this phenomenon. And look how far we’ve come….

Bumgarner: Out standing in his field.

So Sports Illustrated named San Francisco Giant October ace Madison Bumgarner as its Sportsman of the Year –narrowly edging out the Ebola Fighters. It’s not a bad choice –his postseason numbers are historic (0.25 career World Series ERA in 36 innings, including 0.43 in 21 innings versus the Royals in October) for a minimum of 25 innings, although David Ortiz’s offensive numbers in last year’s postseason were no less historic –.688 batting average– for a minimum of 25 plate appearances. But Madison Bumgarner has to be the first SOtY who ever went on a date with someone who shared the same full name as he does, so that almost earns him the honor on its own. 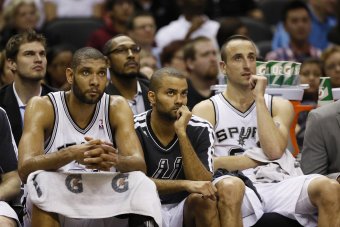 This trio, plus Pop, would have gotten my vote…

What I’m more peeved about is that SI made the effort to compile an Anti-Sportsmen of The Year photo gallery (solid idea) and yet omitted Tony Stewart. Whaaaaaa? I mean, sure, Donald Sterling is a racist and Ray Rice punched out his fiancee, but neither of them killed anyone while taking part in their sport. And it was, you know, kind of accidental. 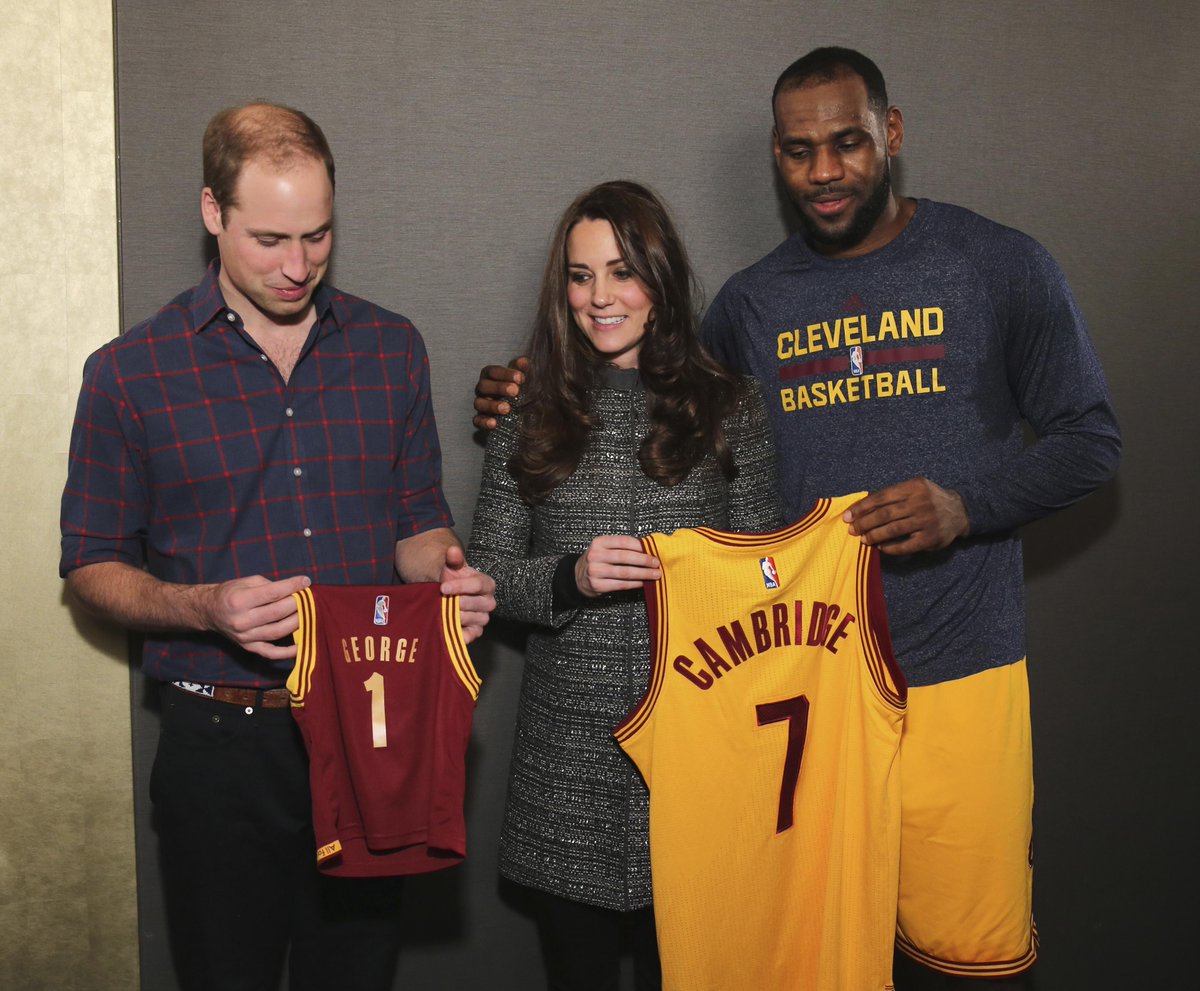 LeBron commits a touch foul on the House of Windsor

It was two nights ago, but I’ll always happily take a day off when Katie’s commercial actress schedule allows us to grab her for a day, so herewith a note about Monday’s regal NBA game in Brooklyn (if only it had been played in Queens). The lineup:

Beyonce (a Queen…it’s NYC, so I’m sure she wasn’t the only queen there)

If you want to try something different besides watching Christmas specials that were rendered half a century ago (I love them all, too; too bad no one has improved upon them since), try this NPR broadcast of Charles Dickens’ A Christmas Carol that was performed a couple of nights ago in NYC. You can watch it, or just turn out the lights, light a fire in the hearth, and listen. It’s excellent. This pic comes to us courtesy of Division III’s most enthusiastic sports information director, Dick Quinn of Williams College in northwest Massachusetts (Williams is the college that most Ivy League schools pretend to be). Anyway, sorry it’s out of focus, but these are the ladies of the Ephs’ women’s soccer team that advanced to the NCAA national championship game and lost on Penalty Kicks to Lynchburg. Bummer.

Don’t you hate the idea of a championship being decided on PKs? MH does not pretend to know too much about soccer, so take this suggestion for what it’s worth, but we’d play a sudden death OT and then, if no one scores in 30 minutes, each side must peel away one player until it gets decided. WAAAAAAY more entertaining AND legitimate than PKs, no?

No, I don’t have the Cliff’s Notes for “Beowulf”

I was a freshman in college on a Midwest campus when this film starring John Cusack –in the first of many roles in which he played me and thousands of guys just like me–was released. If you are under 30 years old and your name is Nick, this movie may be the reason why. Another solid job of directing by Rob Reiner, who really made a ton of great films in the Eighties and Nineties (this, The Princess Bride and This is Spinal Tap, for starters). Also, there’s a character named Gary Cooper. I wonder if Sorkin stole this or uses it as an homage…