Gaol should’ve entered The Biggest Loser, Pro Athletes Edition. The seven-footer has lost at least 50 pounds and –shocker!–is playing the best ball of his career.

The Grizz won, 105-98, thanks in part to Stephen Curry shooting 1 for 10 from beyond the arc. Also, the Grizz went on a 20-0 run to begin the second quarter, all while Steph was seated on the bench.

Oh, and yes, this is a walk year for Gasol. That’s one way to be motivated to stop snarfing pretzel burgers. 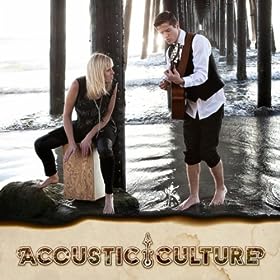 Among Orange County teens, Landon is without peer

Your humble scribe got dragged to a sushi happy hour joint on a Monday night in Orange County. Did not expect much from the raw fish, much less the live entertainment. And then this 18 year-old takes the stage with his guitar and blows us away. He’s got the looks, he’s got a powerful voice, and he wields the axe like John Mayer. His name is Landon Longard and he’s one of six kids (three boys, three girls, perhaps a maid named Alice). Wait until we learn that Jonah Hill 1) was behind the entire prank and/or 2) is Marc Gasol’s weight-loss coach.

It’s getting more interesting as America braces itself for the premiere of The Interview on Friday. Guardians of Peace, the group that has claimed responsibility for the hacking (two thoughts: 1) Same initials as GOP and 2) Isn’t it refreshing to hear of a terrorist organization hacking without lopping off heads?) has pledged a “9/11-style attack” at theaters that air the Seth Rogen-James Franco vehicle.

It’s so bizarre. Usually the movie bombs. Not vice versa.

So apparently the USA only holds a grudge for 55 years, as President Obama is considering lifting our embargo on Cuba, which is only the largest and nearest to the U.S. Caribbean island. Like…duh!

Related: Hollywood has yet to lift its embargo of Cuba Gooding, Jr.

So, the Washington Post published a list of the 20 Most Popular Web Sites each year since 1996. Fascinating. Penthouse, kudos, you were once in the Top 20. And I cannot believe AOL remains in the Top 25 –AOL users, you DO realize you do not need to pay for email, etc., don’t you?

Of course, if you have a surfboard, you can do this…

Rule No. 2: “Diving into a wave is safer than running away from it. Dive into waves.” *

That may or may not be metaphorical.

Seriously, everyone here is straight