Don’t think of it as the start of winter; think of it as, starting yesterday, every day will be longer than the previous one for the next six months! Yay!

A 55-48 double overtime win for Memphis. A 55-yar Tiger field goal to send the contest into a second overtime. And yet what most people will recall from the inaugural Miami Beach Bowl is a lusty postgame melee.

What incited it? Easy. The game was played at Marlins Park, which sits atop the same site where the legendary Orange Bowl once stood. It’s all about The U. The ugliest moment was when BYU defensive back Kai Nacua took a shot at the head of a Memphis player from behind while that player was being restrained by one of his own coaches. The most craven Mormon ambush since the Meadows Massacre, it had to be.

The legendary Joe Cocker, owner of the blackest vocal chords of any white singer we can think of, died of lung cancer yesterday at age 70. The Sheffield, England, native’s reworking of the Beatles’ “With a Little Help From My Friends” at Woodstock became an iconic moment of the end of the Sixties and then was used as the theme song for The Wonder Years.

Other great tunes: “You Can Leave Your Hat On,” “Feelin’ Alright,”
You Are So Beautiful,” “Up Where We Belong” (from An Officer and a Gentleman) and a favorite of mine from the late Eighties, “When the Night Comes.”

Besides that unique voice, Cocker gyrated as if he were having a nightmare during performances. John Belushi had fun with this once. 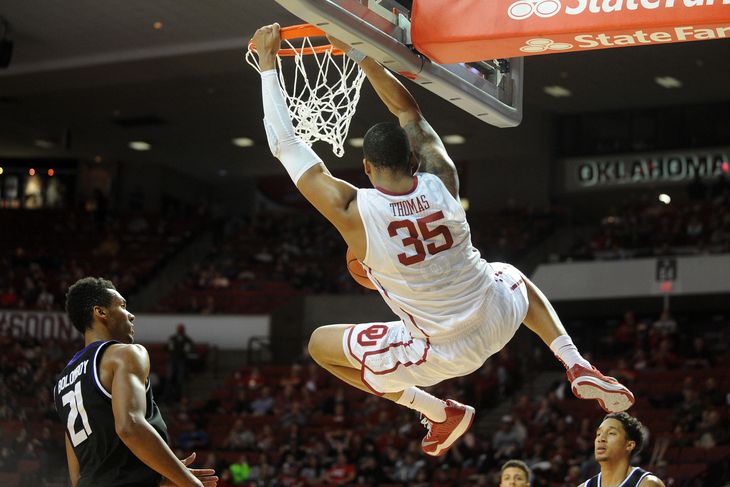 By my unofficial count, six different Sooners scored during the run. Oklahoma won 85-51, so yeah, if you erase that 39-point explosion, the Wildcats outscored them.

The previous record, 37 straight points, was held by Utah State, at Idaho, in 2006. Weber State called three timeouts during the avalanche of points, to no avail.

4. The Server is Down With the internet down, North Koreans were unable to view pics of Aussie actress Yvonne Strahovski for nearly half the day. That is inhumane!

North Korea loses internet service for nine hours, which was terrible for business over at “OppressedAsianPeopleMeet.com.”

“If it is an attack, it’s highly unlikely it’s the United States,” said Matthew Prince, president of Cloudfare, an internet security company. “More likely it’s a 15 year-old in a Guy Fawkes mask.” The only late-night host working this week is Jimmy Fallon. Last night The Tonight Show host invited One Direction to join him and The Roots for their latest installment of the Classroom Instruments series on a rendition of “Santa Claus is Coming to Town.”

You wonder if Fallon attempted to get The Boss to join him on this tune, first.

Pickens was good-humored (but feisty) throughout. The co-hosts of “Squawk Box” (okay, not Sorkin) kept interrupting him. They’re lucky that billionaires (Pickens, Buffet) are so good-natured. Then again, if you’re a billionaire, shouldn’t you be?

Also, Becky let out a scoop: CNBC’s “Squawk Box” will soon be coming to you from a Manhattan-based studio (it’s currently right over the George Washington Bridge in New Jersey, right along the Palisades Parkway). UWS-based Sorkin wins again!

I’ll be home for Christ– Maybe you won’t. A major storm is brewing for the eastern half of  the country on Christmas eve…

Esquire has the “Ten Most Overlooked Things” of 2014.

Okay, I wouldn’t exactly leave the Christmas Party early in order to catch Marshall (12-1) face Northern Illinois (11-2), but then I’d probably forget when the Christmas party was being held (this actually happened this year). Anyway, maybe you’re better off just listening to Mitch Miller’s Christmas album…