Muir has western upstate New York (and chestnut brown) roots, having grown up in Syracuse and having attended Syracuse

That’s David Muir, 41, who has been hosting ABC’s World News Tonight since replacing the retiring Diane Sawyer for good on September 1.

Here’s what we know (although the fact-checkers at ABC News and Mother Jones may want to look into all this):

–He’s waaaaay too handsome. And single. And, yes, those rumors are very strong. 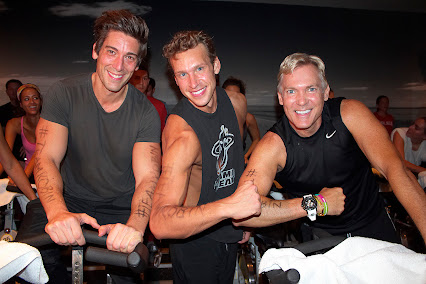 Muir (with Sam Champion, far right) kinda looks like he should be the leading man in the Broadway musical of his choosing.

In Lester Holt’s first full week replacing Brian Williams at NBC, the Nightly News lost more than 6% of its viewers. That may just be a one-week blip. You may also think network news is an anachronism, and you may be right. I’m still a little gobsmacked that Muir, who anchors what is currently the second-place newscast, has ascended to such a position with such little fanfare.

He’s got the reporting c.v., the made-for-TV (or Hollywood) looks, and the ideal platform. Get ready to be hearing more from him and about him. 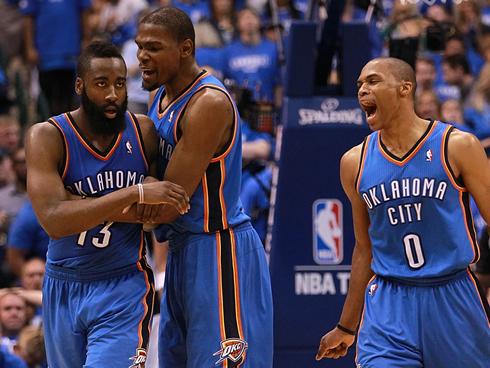 Harden, Durant and Westbrook only wear the same uniform one day per year now, in February

Do you remember watching the Oklahoma City Thunder in the 2012 NBA playoffs? Do you remember seeing them sweep Dirk and Dallas, the defending NBA champs? Toy with Kobe Bryant and the Lakers, ceding just one game? Put the Spurs (supposedly) era of Duncan et al to bed in the Western Conference Finals before losing to the Miami Heat in the NBA Finals?

And, if you are an idealist like me, do you remember asking, WHY!?!?! when OKC traded one of its bright young talents, James Harden, because there’d be no way to fit him, Kevin Durant and Russell Westbrook all under the salary cap?

Oddly enough, Durant is the only one of the three who has spent his entire NBA career in one city and one uniform

Obviously, they wouldn’t all score as many points if they were together. But they’d all be that much more assured of winning a championship ring.

Hey, I get it: it’s a job and you want to be paid as much as you are able to earn. That’s the problem with sports. Fans want championships and while players do, too, they want salary more.

That’s why I’d love to see a team sport system that rewards starters more for championships. Not necessarily all players, but let’s say most if not all of the designated starters.

Either way, it’s too bad, for us and for their bling collection, that this trio didn’t stay together. They’re currently three of the six best players in the NBA.

Yesterday Harris Wittels. a comic and producer on Parks & Recreation, died of an apparent drug overdose. What a waste. Wittels, 30, was a talented comedian and writer who had openly talked about his drug addiction and the fact that he had twice been to rehab.

Just two nights earlier, according to TMZ, Wittels had performed at The Meltdown in Los Angeles and talked about being clean and sober. Here is his piece for Grantland on “The Humblebrag,” a term that he introduced to the greater populace and one that, like Wittels, will not soon be forgotten.

12 years to make this movie, and yet the Kraft services table never got replenished

Courtesy of Digg, all of this year’s Best Picture nominees in four minutes. Don’t you feel silly that you wasted all those hours and money now? 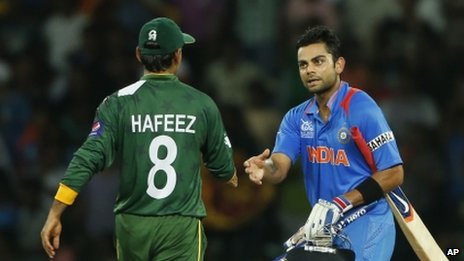 India defeated Pakistan last Saturday in a test match that fortunately did not go nuclear.

I don’t understand cricket, I’ve never bothered to learn (or at least to retain) the rules, and I couldn’t even tell you how teams score. Or why the sport is named after an insect, which is a lame joke all of us igoramuses make when discussing cricket.

But I do know that the World Cup of Cricket is currently taking place and any “world” event that includes Pakistan, Afghanistan, Bangladesh, Scotland, New Zealand and Zimbabwe in its field –but not the USA, Russia or China– has me somewhat intrigued.

Anwyay, it is currently taking place in Australia and New Zealand and for that reason alone –in February–American sports writers should be begging to be sent to cover it. Oh, wait. That’s right. It’s no longer the 1990s. If you were watching the last time Neil Patrick Harris hosted the Tony Awards, you are aware that his opening number was…wait for it...legendary. Wait. I messed that up. (Note to self: See Gone Girl). Don’t miss his opening. NPH is the most talented man in show business.