Former Notre Dame president Fr. Ted Hesburgh, C.S.C., who met EVERYBODY during his 35-year tenure (as well as before and after) passes away at the age of 97. Outside of the priest who founded the school, Fr. Sorin, and perhaps Knute Rockne, no man has been more important in bringing the school of Our Lady to prominence.

From the Chicago Tribune: His work took him far from the university so often that the joke around campus used to be that the difference between God and Hesburgh was that while God is everywhere, Hesburgh was everywhere but Notre Dame. Hesburgh was awarded 150 honorary degrees. His weekends in May were booked for decades.

During Hesburgh’s tenure, the university’s enrollment more than doubled, the endowment soared, the number of buildings (including the 14-story library that now bears his name) increased greatly, and women were added as students. Like that library on which the side Touchdown Jesus can be found, Hesburgh was a truly towering figure on campus, but his reach extended far beyond South Bend and even American shores.

It was the greatest fugitive chase Arizona had seen since Gary Tison and Randy Greenawalt broke out of the state penitentiary in Florence back in the summer of 1978. I’m not sure where the llamas belonged, how they escaped, or how a helicopter arrived on the scene over Sun City (a huge retirement community northwest of Phoenix) so promptly,  but I do know that all of Twitter ceased its other VERY important activities (e.g. wondering aloud about the Dez Bryant video) to watch.

So this was a thing yesterday, too. Thanks, Buzzfeed. America would like to collectively punch you in the grape cluster.

I really hope the model for this dress is Bruce Jenner Gold and white? Blue and black? Blue and gold? I dunno.

Meanwhile, the Cavs were at home last night but eschewed their white, wine and gold unis for Navy blue with wine and gold trim. For the first hour of the great dress debate, I just assumed that’s what folks were tweeting about.

That goofy young dude in the Unfinished Business trailer reminds me a lot of a young James Franco. And then I learn that it should since it’s his younger brother, Dave Franco, who at 29 is seven years younger (at 5’7″ he is also four inches shorter).

I tweeted out that info (I know, I use “tweet” as a verb a lot here, but it’s just part of the everyday life) and @DoctahDean informed me that Dave is dating Alison Brie, the actress better know as being Pete Campbell’s long-suffering wife on Mad Men.

And so I quipped to @DoctahDean that Pete Campbell is not going to be happy about this. And that’s when he blew my mind by replying that Pete (actor Vincent Kartheiser) is married to Rory Gilmore (actress Alexis Bledel). HOW DID I NOT KNOW THIS??? How did nobody tell me? You were trying to spare my feelings, weren’t you? Thanks.

Did this all happen after Alexis’ guest shot on Mad Men last season (yes)? Did they know each other before that (no)? To whom is Logan Huntzberger (Matt Czuchry) bethrothed (nobody)? And did someone create a funny series of GIFs for us to tell the story (thank you)?

Anyway, that was quite a rabbit hole we just traveled down. Oh, and watch that trailer. It’s funnier than the TV ad.

It wasn’t Jon Stewart’s final telecast of The Daily Show. That’s still a season or two in the  offing. And yet on Tuesday night Stewart delivered a polemic that summarizes his long-standing conflict with the far right as concisely and astutely as anything he has ever said or will say.

I’ll cut right to the 5:00 minute mark: “The point is that on the right they’re pretending that (The Daily Show’s) truthfulness is what’s really important to them which, ironically, is not true…What matters to the right is discrediting anything that they believe harms their side.” 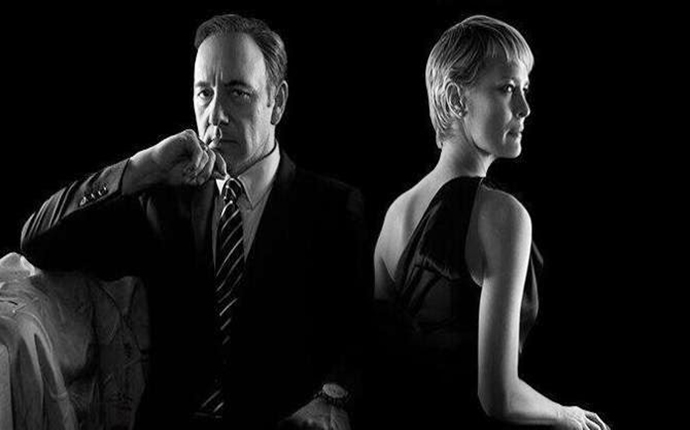 I don’t have Netflix –I know!–but I hear that Season 3 of the adventures of the amoral Frank and Claire Underwood became available for streaming last night. Only a loose llama wearing a dress of indeterminate color will get some people to turn away from the TV/computer this weekend.