Thanks to a GFOB who prefers to remain nameless, we now have our very own Medium Happy Twitter account (@MediumHappy88). The app and memorial sandwich are still in the offing. The Baur au Lac hotel had quite a few sudden checkouts on Wednesday morn.

This was from Sam Farmer:

Yesterday was a great day for justice. It takes more than just being on the side of justice. It takes people to do the dirty work to rectify injustice, to pay no mind when cynics say a corrupt system cannot be changed. Good for you, Loretta Lynch. You’re no coal-miner’s daughter any more.

Here’s Dan Wetzel’s column, which was well done. And here’s mine, which was medium rare but came with a side. For the first time ever, the NBA Finals will feature a pair of rookie coaches. So take a bow, Steve Kerr and LeBron James.

Oh, that show above was popular in 1975, the last time the Golden State Warriors won the NBA championship. And yes, that’s Kate Jackson….before Charlie “took her away from all that” (ask your mom or dad).

Didn’t you like Klay Thompson’s explanation last night: “I did feel dizzy, but there was no concussion so we had no need to go through the concussion protocol.” (In so many words). That’s like when FIFA said, “Sure, there were ethics violations, but it didn’t affect the integrity of the vote.”

I still find her show hit-and-mistress — she’s a naughty girl, that Amy Schumer — but this bit with Bill Nye the Science Guy is why she’s elevated herself into the Tina Fey realm. Apricot Puggle? That’s good.

This was Schumer’s coming-out party on Comedy Central a few years ago at the Charlie Sheen Roast. She swung for the fences here. This could have been a career-ending set, but she rode that wave home.

There’s talk of Schumer being the next Bachelorette. God help those men.

Sherman will also be starring in the Chanhassen Dinner Theatre production of “The Passion” this summer.

While James Harden was committing 13 turnovers in Game 5 last night, another bearded ‘baller was making news with his tweets. Former Michigan State and Notre Dame center Garrick Sherman, currently deployed in Georgia (the country), spewed out some after-hours tweets relating to how he helped a former Spartan teammate beat a drug test and ridiculing the NCAA.  The entire spree seemed unsolicited. This is what happens when you smoke a bowl in a small former Soviet republic by yourself in the pre-dawn hours. C’mon. We’ve all been there.

I know. I know. I’m worse than Dave Grohl. But is that really Taylor Swift on the cover of Maxim? That looks like the Taylor Swift stand-in you use for birthday parties and bar mitzvahs. Or a budding Russian tennis prodigy who’s currently ranked 91st in the world. I’m not trying to hate (“hate hate hate hate”) but she really appears to have shaken it up with her look. 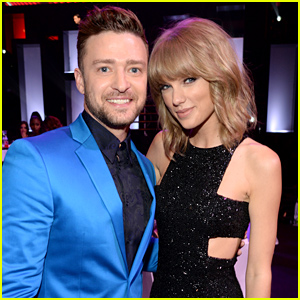 Swift a couple of weeks ago with another multiple-time host of SNL.

Turn It On Again

A couple of favorite Genesis songs: this one and Follow You, Follow Me. Released in 1980 off the album Duke, this tune never climbed higher than 58th in the U.S., but made it to No. 8 in the U.K. However, the video for the song did appear on MTV’s first day of broadcasts in that same year.

“Turn it on again,” by the way, refers to a television.

I’m not sure that this is a new episode, but Lord I hope so. These are the two gents who, during last year’s World Cup, would constantly say, “Well done, FIFA,” when something that appeared to have come straight out of a script occurred. Give Michael Davies and Roger Bennett an hour to opine on the FIFA kerfuffle (kerFIFAle?) and that’s restaurant-quality television.