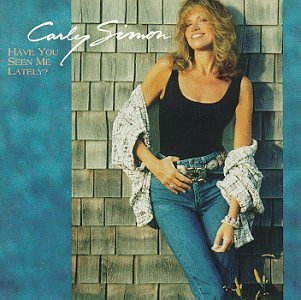 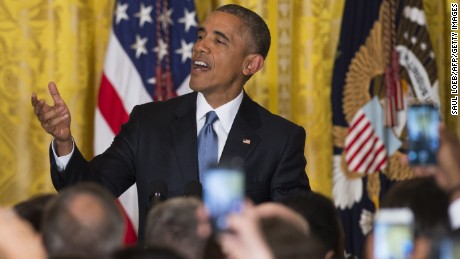 Don’t make me bring Louis C.K. in here to shut you down!

A heckler at an LGBT function at the White House is reminded by POTUS that it is disrespectful to interrupt the host in his own home (Miss Porter’s Rules). Not to mention it’s kind of dumb to heckle a man who has drone-termination capability. Would it be wrong of me to inflect a “Those people!” right here? We children of the Seventies adored Tom Bradford, master of the house on Eight Is Enough and ringmaster of the paragon of domestic life that we all once thought possible. The ABC one-hour dramedy was pure fiction: a man can afford to raise eight children and live in a two-story home on a newspaper columnist’s salary.The man who played the Bradford patriarch, Dick Van Patten, passed away a couple of days ago.

Lest we forget, Late Night with David Letterman once did a Top 10 List entitled “Top 10 Anatomical Parts or Van Pattens” and yes, No. 1 was “Dick.”

*“Oh we spend our days like bright and shiny new dimes…“

I hope he was wearing protection on that grab

Toronto Blue Jay Josh Donaldson attempts to out-first row Cub fan Keith Hartley with this leaping catch into the stands at Tropicana Field last night. At the time, it was the bottom of the eighth inning and Toronto pitcher Marco Estrada was working on a perfect game. And that foul pop came on a 3-2 count.

Alas, the following Ray batter, Logan Forsythe, got an infield single to spoil the bid.

Salazar, who was born in Cuba, won the New York City Marathon three years running (well, of course he was running; that’s how he won)

Salazar produced and 11,000-word treatise rebutting the allegations. It was so verbose that Nike’s website had to print it in two parts. While Salazar makes a number of valid arguments, he also character-assassinates former coach Steve Magness and former Olympian Adam Goucher. Also, he uses the word “hypogonadism” in his own defense.

5. Is This How Manhattan Started?

As lakes go, Africa’s Lake Victoria, the largest on that continent and the second-largest in the world by surface area (26,600 square miles) after only Lake Superior (hence the name), is rather large.

So when a piece of shoreline broke off from Uganda and began floating around the lake four months ago, there was plenty of room for it to move. In the interim, at least 10 artists have set up permanent residence on the floating island and renamed it “Mirembe,” which means peace.

I don’t know exactly how land floats and I’m not sure what happens after the first crocodile moves in, but this is an indie film waiting to happen.

That’s The Way I’ve Always Heard It Should Be

But you say it’s time we move in together/And raised a family of our own you and me….

In honor of Carly Simon’s 70th, I’m presenting my favorite not-built-for-radio-play tune of hers. In the early 70s, Carly Simon and Carole King were the twin towers of pop music. Carly was a consummate talent (with great legs!). This performance took place in Central Park in August of ’71.

Not only is he talented enough to play professional baseball and basketball, but Connaughton also can sing the entire Air Supply oeuvre

I’m the guy who wouldn’t draft Jahlil Okafor, at least not in the top five. Don’t ask me why. I just don’t have a good feeling about him. I love KAT, love the Winslow boy, love both Wiscy players, like Kelly Oubre, and think some team in the lower part of the first round will be very happy that they selected Pat Connaughton.

Meanwhile, wouldn’t it be nice if John Skipper lifted Bill Simmons’ mask of silence and allowed him to opine tonight from the Sports Guy Mansion? Push-leeze! Note: the first time the Simmons publicly called a prominent figure out as a liar on air was at the 2013 NBA draft, when he implied Doc Rivers was doing so….