Did the SpaceX rocket break up or was it simply a conscious uncoupling?

1. It Is Rocket Science*

An unmanned SpaceX Falcon 9 rocket carrying nearly two tons of supplies for three men aboard the International Space Station broke up 2 1/2 minutes after launch, but before lunch, on Sunday. SpaceX is a company founded by Tesla visionary Elon Musk. Maybe battery-powered rockets aren’t the way to go?

*We will also accept “I’ll Take Bad Kate Hudson Films for $400, Alex” and “Oh, the Inhumanity” 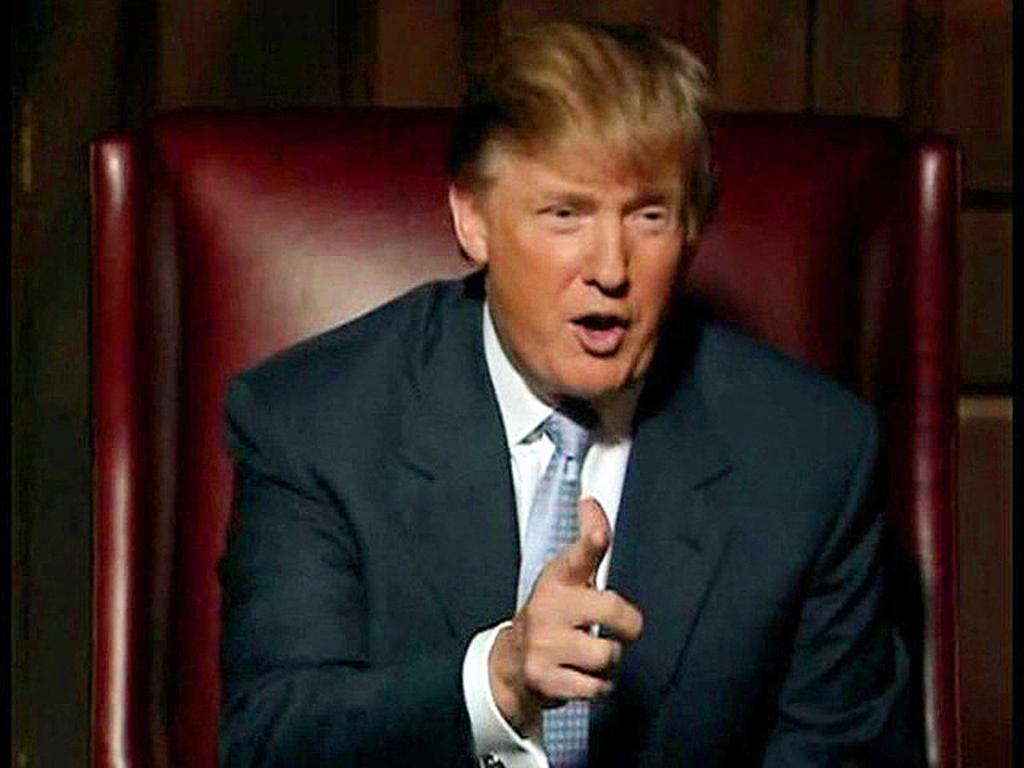 One week after Donald Trump, while announcing his presidential candidacy from his eponymous 5th Avenue building, says that Mexican illegal aliens include a bunch of “rapists and drug dealers,” NBC Universal fires the man most famous for the phrase, “You’re fired.”
Trump then stepped out onto 5th Avenue with a suitcase and caught a cab.

It’s a few days too late to save Caleb Halley, who died at the sharp end of a co-worker’s knife last week over a gumbo seasoning argument, but here’s what Chef Emeril recommends:

Halley, as you may know, portrayed Chief Osceola as an undergrad at Florida State football games between 2004 and 2007.

The real Chief Osceola died of infection or malaria after being captured by deception under a flag of truce.

The vortex is about 8 feet in diameter, large enough to swallow a boat.

What is it about Oklahoma and funnels? Above, tornados. Below, vortexes. This one formed on Lake Texoma, which is near, you guessed it, the Oklahoma-Texas border, after heavy rains. Video here. Watch, and it’s like being on ‘shrooms. Coo-ul. Pier Pressure: At the end of this walk, the server encountered the dine-and-dashers.

I stood inches away from a man who was about 20 years younger, four to five inches taller, and I’d guess about 40 to 50 pounds heavier than I am. He was a white dude with clean-cut black hair and dark brown eyes. He wore a red tank top with blue horizontal stripes. He looked vaguely Irish. He could’ve been a fireman or a Wall Street douchebag for all I know.

It was nearing 10 p.m. last night, about 15 minutes after I’d first noticed that he and his female companion had run out on a bill worth no more than $70. It was near the end of my shift at the cookoutateria and like my fellow servers, I’d been hustling to do my side work, which entails a lot of trips to and from the kitchen area, as the last few tables lingered.

I noticed they had left their edge-of-the-terrace table and so I went to gather up the bill. They’d left the check but no money. No credit card. Dine-And-Dash. This happens about once a summer to a waiter at our place, and it makes you feel used more than anything else.

There are three exits from our restaurant. Out to West 79th, or north or south along the walk along the Hudson River. I guessed that they, like most diners, were headed back into the city via the most direct route, W. 79th, so I ran through the restaurant and up the stairs to find them. Once I got to the street, I could not spot them all the way up to West End Ave. There aren’t many places to escape other than the street itself, so I decided they had fled along the river.

There’s not much happening along the river to the north, especially on a Sunday night, but to the south there is a cafe and a pier that juts out a good 150 yards or so (above). I decided to take a chance and head south. From what I remembered of them, they hadn’t looked as if they couldn’t afford to pay their $69 tab (and we could afford to absorb it; for me it was the principle of the matter).

I thought they might’ve headed this way to celebrate their Bonnie-and-Clyde’ing of us. First I checked the Pier i Cafe, but they were not seated there. I decided to take a short walk down that long pier on the slim chance that they might be out there. All I really remembered is that the male had dark hair and a striped tank top.

Having walked most of the pier, I was about to turn back, but something told me that, having come this far, I should walk all the way to the end and check out the random couple lingering along the rail at the end. And then, wow, there they stood.

And here is where I made my mistake: at that moment I should have dialed 911. They had no idea I was searching for them, after all. Would’ve been the wise thing to do. If I’d waited for New York’s Finest, we could have approached them together, surprised them, and made an arrest. Alas, adrenalin got the the best of me…

I approached them. “Hey, did you forget this?” I asked, showing him the bill. “Pay up, asshole.”

I’m not sure I said that word. I might’ve used something stronger. Anyway, at first he pretended not to know what I was talking about, then he quickly told me, “If you don’t get out of my face, you’re going over that rail.”

A spirited discussion ensued, as I tried to phone 911 and he and the girl started to make their way from the pier. I ran down to the other end, knowing they had no other escape route, and found a pair of Park Enforcement Patrol (PEP) officers. I quickly told them my story — the 911 call went to a New Jersey operator who was asking what state I was in.

The PEP officers were no help. And the perps were now walking past us toward….what?…freedom? I stepped directly in the man’s way. He put a finger into my chest and warned me that he was going to “fuck you up.” Then I grabbed his female companion by the wrist and she warned, “You have no idea who you’re dealing with.”

I released her and returned to him. I have no idea what the PEP boys (one was a female, though) were doing. Observing? At this point he grabbed and tried to throw me to the ground. I held on and he whirled and I went flying. It didn’t really hurt but I could see he was a lot bigger and stronger than I was.

I kept Jack Russell Terrier’ing him, as I called out, “Police!” Nothing. Then he told me he was a lawyer. I kept trailing him. Then I noticed he was trying to walk to a dark area where no one would follow us. “What’s your name?” I asked him. “What’s your name?”

Unfortunate choice of parents, that.

I went no further, but I kept saying loudly enough for others to hear that he’d walked out on his bill and he owed me money. That’s when he got into my face and screamed, “I’ve killed people!!!!”

And I just kept telling him to pay, because I don’t boast that I will kick people’s asses because that’s really not my nature. And I know that. But it doesn’t mean I’m just about to surrender.

This is Michael Madsen’s son, Christian. Dude looked A LOT like this guy. Not saying it was him, just that it looked a lot like him.

And then he ran. He took off up a ramp to get to where the Trump apartments are on the West Side. Maybe he’d just stalled me long enough to let his girlfriend get away. I ran after him, but what was I going to do if I caught him with no cops around? There were a few dozen people watching, but no one was willing to help.

And so that was my night. I asked the PEP cop why he hadn’t helped and he replied, “I’m not going to lose my job by putting my hands on someone.” The real NYPD eventually arrived and took a report and told me the PEP would’ve entirely been in his authority to have taken charge of the situation.

I only wish I’d taken a photo of the couple through all of that. I’ll be smarter about that next time. But it was certainly an interesting night. And my manager voided the check. “You did everything you possibly could,” he said.