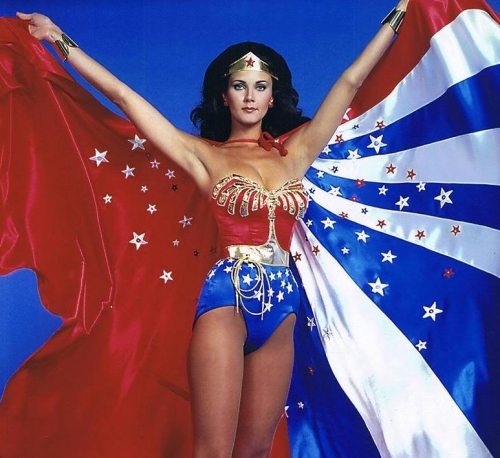 Happy 64th to Lynda Carter, who was always “well-suited” to play Wonder Woman 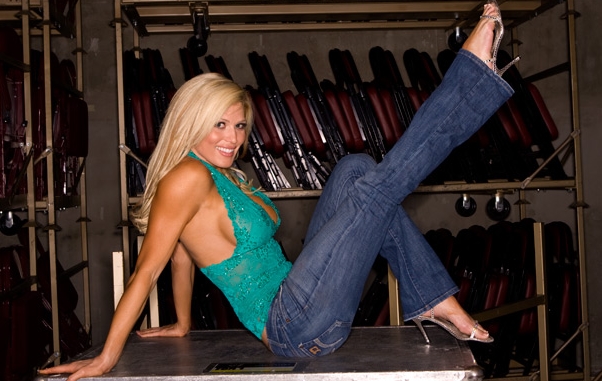 It’s also Torrie Wilson’s 40th birthday…and she is kind of an Amazon…besides, her right leg is recreating an Amazon chart in the past day

Not to get all Pelle Almqvist on you (“Hate To Say I Told You So”), but Amazon (AMZN) reported earnings after the bell yesterday, crushed it, and is now up TWENTY PERCENT in pre-market trading this morning.

Again, your typical hedge fund manager will promised you a 5-7% return on the year. Amazon just made you three to four times that in one day (it made founder and CEO Jeff Bezos $7 billion, yesterday alone)…if you listened to me on Monday or to this headline on the CNBC homepage just yesterday or to the reports from earlier this week that Amazon will be the America’s largest retailer by 2017.

Sure, not everything is as much of a sure thing as we/I sometimes suspect (hello, Apple), but Amazon’s promise of a good report and a spike in its stock price looked solid. And yet the stock fell as much as $12 per share yesterday as investors mulled over whether to pull the trigger or not — there were fears that the price would fall just as much as it has since risen.

The result? Amazon closed at $482 yesterday, a drop of $6 per share but it has since risen as much as $106 (21%) in after hours and pre-market trading to $588. That’s a spike you’d be happy to get for any stock, or for your entire portfolio, for the entire year. I know, I know…guns don’t kill people, fingers do (imagine how many fewer people would be able to shoot you dead if those people did not possess index fingers or thumbs). And your right to bear arms is right there at No. 2 in the Bill of Rights, which was created by men in 1791, which was also a time when you would find no electricity, cars, bikinis, football, baseball, basketball, flying machines, internet, Kit Kats (I’m basically just enumerating my favorite things) Mach 3 razors or Seinfeld reruns.

I’m going to assume that the Founders never envisioned this

Like most clean-minded people, I think, I’m not against repealing the 2nd Amendment. I’m for instilling it with some 21st-century common sense. One thing I do know: every person I hear digging in against this view has never found themselves in a movie theater or an Army recruiting center or a Luby’s or a grade school or a high school or a post office and then suddenly had their lives snuffed out by a bullet for no good reason.

It’s sad that Kurt Eichenwald at Newsweek had to write this cover story just last week, centering around the Aurora, Colo. movie theater gun man, and that then just last night another movie theater massacre would occur in Lafayette, La.

Australian golfer Robert Allenby has four PGA Tour wins since turning pro in 1991. Four is also the number of caddies who have walked off the course in the middle of a round while working for him. The latest was Mick Middlemo, who left in the midst of the Canadian Open.

You can read the details here. I’d tell you more, but I don’t really (want to) understand golf so well.

A year or two ago, when then 3rd-string THE Ohio State University quarterback Cardale Jones famously tweeted or said (who remembers? who cares?), “We’re not here to play school, we’re here to play football,” I tossed him off in my mind as a highly candid, if not exceptionally bright, young man.

As this exchange on Twitter yesterday illustrates, Jones is highly intelligent and his candor is straight outta the Muhammad Ali school. Oh, he also got tossed in to the starting role last December and only led the Buckeyes to wins over Wisconsin (ahem, 59-0) in the B1G Championship Game, then Alabama in the Sugar Bowl, and then Oregon for the national championship. And make no mistake: Jones was no passenger on that fighter jet. He was the pilot.

Simmons and HBO in their first official press conference. Does this mean Bernie Goldberg will sing “Zou Bizou?”

You can be a HUGE fan of Bill Simmons (I am) and still question the wisdom of his new marriage to HBO. That doesn’t make you a “hater.” It just means that you are a discerning assessor of talent and where it belongs. It’s what Simmons’ manager and/or agents are or should be doing for him, and they’re surely not BS haters. “Ol’ blue eyes is back.” Simmons’ “My Way” tour continues at HBO

Me, I love Simmons but I wonder if HBO is the best landing pad for him. He IS the voice of  a sports generation, no doubt, but that voice works ideally on live blogs, mailbags and, from what I hear, podcasts. He’s okay on television, but he’s no Michael Davies and Roger Bennett (and, yes, I do know how they got their TV/web start). 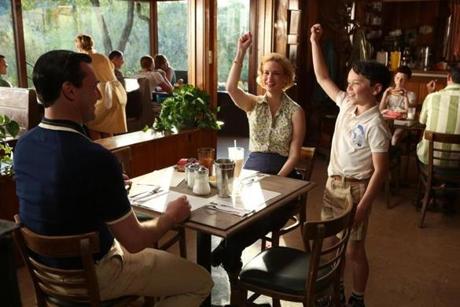 Wouldn’t it have been better for all if Simmons and Skipper had just sang “Father Abraham” and made up? (We are all Bobby in this scenario, by the way)

Simmons is jumping into the deep end, where REAL broadcasting talent resides, names such as John Oliver, Bill Maher and Bryant Gumbel. None of these guys just woke up one day and decided that they wanted to be on TV. Bob Costas had a sports and culture program on HBO, and it was actually very good, but even that ended.

To me this all feels a little like Don Draper’s breakup with Betty — they were actually very good together, as self-absorbed as both of them could be (watch the episode where, now divorced, they visit Bobby at sleepaway camp) — in which Betty is ESPN, and his too-quick marriage to Megan Calvet, which is more about wanting it to be right than it being right.

Yeah, I’m sticking with that analogy. Look at that, using pop culture figures to create a metaphor for something in sports. Now who would’ve thought of that?

Rocker Billy Squier was HUGE in my sophomore year of high school. I was never a fan of his biggest hit (“Stroke”) but I found myself turning it up in the carpool home from Brophy Prep to Mesa when this tune came on the radio.