Happy 72nd to the dude on the far right, “Dollar” Bill Bradley

As a matter of fact, it is hot enough for them…

The “world’s toughest footrace,” the annual Badwater 135 in California, beginstonight. Originally conceived as a race between the lowest (the Badwater Basin in Death Valley, 282 feet below sea level) and highest (Mount Whitney, 14, 505 feet above) points in the contiguous United States, the course is now slightly modified to end at the trail head to the latter.

It’s less about winning Badwater, where temps can attain 120 degrees, than it is surviving it. Last year’s race only had 97 entrants, 14 of whom did not finish (14.4%). The winning male usually comes in at just under 24 hours for the 135-mile run, while the last finisher takes about twice that long to complete the point-to-point course.

The race was first staged in 1977 but began as an annual footrace in 1987. Last year federal park officials banned the racers from starting the race inside Death Valley due to safety concerns, but this year the race will return there under the condition that the race begins after sundown —the most extreme heat in the race is at the start. His name is Darren Arbet. You may still not know him. He’d be a great candidate for What’s My Line? if that show still existed.

He’s the longest-tenured professional football coach in the U.S.A., having held his job even longer than the New England Patriots’ Bill Belichick has held his. He’s one three championships to Belichick’s four (which would be three if Seattle had just RUN THE DAMN BALL!). Anyway, Arbet, 52, is the coach of the San Jose SaberCats of the Arena Football League, who are currently 15-1 and in good position to win a fourth ArenaBowl under him come August. 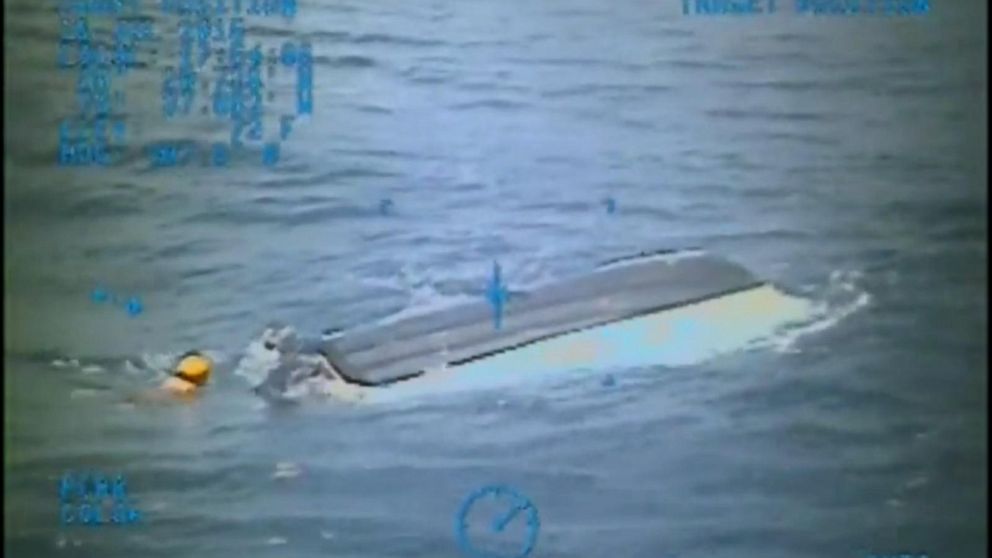 A pair of 14 year-old Floridians, Perry Cohen and Austin Stephanos, bought $100 worth of fuel, took out their boat reportedly in hopes of sailing to the Bahamas, and then went missing. This CNN story is all kinds of weird. First, check out the first person quoted in the piece.

Second, this sentence, after their 19-foot boat was discovered, upside down, 67 nautical miles (even Rob Konrad can’t swim that far) off the Florida coast: “The discovery of the capsized boat, he said, means the missing teens could be in a more dire situation than officials feared.”

“Don’t blame me, I held onto my BABA stock”

What do you call it when the Chinese stock market experiences a huge sell-off, as happened yesterday and today? A panda market (If they sell off quickly, is it a Panda Express?[note: Panda Express does not offer actual panda meat; what a gyp]). Shanghai’s market had a huge sell-off on Monday, as stocks there plunged 8.5%, the worst drop in eight years.

Wait a minute. Aren’t they supposed to be communist? I don’t understand anything.

Stewart will Dolittle in retirement

Apparently, Jon Stewart does a Q & A with his audience before each taping of The Daily Show and at a recent one, he was asked about a parcel of land he bought in New Jersey which he plans to use as an animal sanctuary (the Rahway State Prison?). Stewart confirmed that this is true. In the words of his friend/contemporary Tina Fey, “I want to go to there.”

You don’t hear much about them now, and they’ll never get inducted into the Rock and Roll Hall of Fame, but in the mid- to late-Seventies Kansas was every ounce as big as Boston or Rush or Journey, their arena-rock brethren. This tune, their breakout hit, along with “Dust In The Wind” and to a lesser extent, “Point of Know Return,” was all over the FM dial (also: Leftoverture had a cool album cover, too) (Noted: this band loved puns and portmanteaus).

By the way, as I listen to this again, I have to ask: how many bands besides Led Zeppelin have the sheer audacity to put the masturbatory guitar solo at the top of the song? You go, Kansas!

With so many metaphorical bombs airing in these dog days of summer, why not capture some new and thought-provoking material from your Public Broadcasting System? This doc is the story of nuclear weapons, which I’ve never understood why people find them scary. You’ll never feel it. It’ll be like being Tony Soprano in that final moment of The Sopranos. Here. Gone. Whoosh.

Added benefit: If you wander past TV set as a family member is watching it, you can say, “Isn’t that show the bomb!” and then do an “Ooooh, snap!” or something.