Reeva Steenkamp would have turned 32 today. The man who killed her will be released from prison later this week after having served a full TEN months in prison. 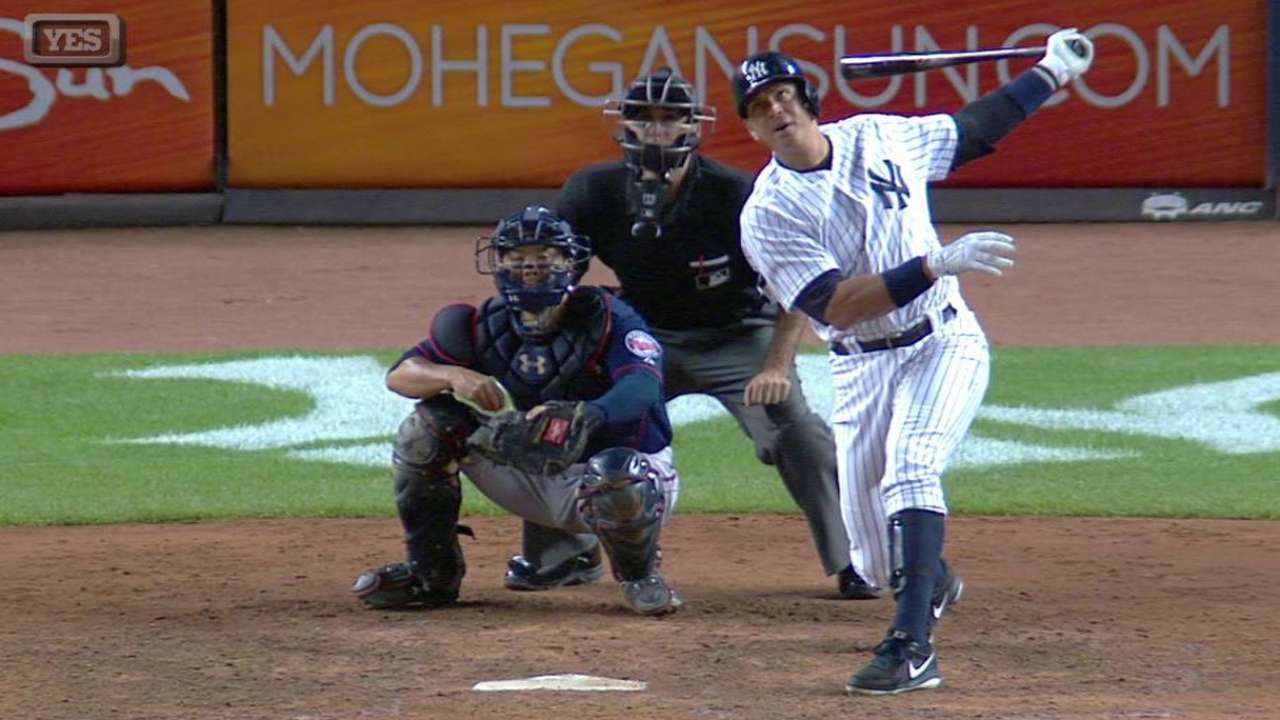 A-Rod’s 25th career grand slam now puts him two ahead of former Yankee Lou Gehrig as the all-time leader in that category.

The season of redemption continues. Alex Rodriguez, 40, has almost literally let his bat do all the talking this summer, as he and the Pinstripers are both surprising everyone. A-Rod’s seventh inning grand slam (“An A-Bomb for A-Rod”) rescued the Yanks from a 4-1 hole against Minnesota (Carlos Beltran hit a 3-run shot the night before as the Yanks trailed by the same score, in the same inning) and led them to their 5th win in six games.

New York, at 66-52, remains in first place. A-Rod, who hasn’t instigated a single back-page tabloid scandal all season, now has 25 home runs and 67 RBI, which is already ahead of any of the last four years (he did not play last year, of course).

A fews days late, but if you still have not seen John Oliver‘s fabulous takedown of televangelism on Last Week Tonight, exposing how these charlatans prey on the devout faith of folks who mistake them as conduits for God’s work, you need to watch.

At the end of the 20-minute piece, Oliver founds his own church (above), legally. Which is scary.

Almost every week Oliver and his staff put together a humorous version of a 60 Minutes expose that is powerful and simply astonishing. In a sense, they’re putting investigative journalists to shame. What I loved about this piece is that Oliver and his staff had been patiently working on it for seven months in order to illustrated just how crooked these men and women are. Fabulous stuff.*

*Also, thanks to HBO for allowing these bits to appear on YouTube.

The Temples of Angkor are nice and all, but I’ll still take the view driving into campus on Notre Dame Avenue myself.

So, Lonely Planet recently released a book titled “Ultimate Travel: The 500 Best Places on the Planet” and among the sites not making the list: Gray’s Papaya on 72nd & Amsterdam (are they nutso?) and the Men in Blazers Panic Room.

You can see more on LP’s site.

Lonely Planet‘s top ten: Angkor Temples (need it), Great Barrier Reef (got it), Machu Picchu (need it), Great Wall of China (got it…not to be confused with the Grant Wahl of China, which was an idea I had for the Beijing Olympics in which SI‘s Grant Wahl would provide updates on the soccer…that idea was shot down), Taj Mahal (need it), Grand Canyon (got it), Colosseum (got it), Taj Gibson (just seeing if you were still paying attention), Iguazu Falls (need it), Alhambra (unless they’re talking about the high school in Phoenix, need it) and Aya Sofya (need it).

I’ll take this view, thank you, on a mid-October day.

Up next: Lonely Planet’s guide to “Best Places to Take A Photo to Put on Your Match Profile”: 1) Pyramids 2) Machu Picchu 3) Anywhere you happen to be kissing a dolphin. My personal, no kidding, place you should see: Isle of Skye, Scotland.

Wait, are you telling me Commissioner Gordon’s daughter was also the woman in the purple skin-tight outfit? Whhaaaat?

Farewell to Yvonne Craig, who memorably played Batgirl in the third and final season of the wonderfully droll and subversive Batman TV show of the mid-Sixties. As a kid, I didn’t quite realize I was watching a comedy until a few years later.

Craig passed away from lung cancer in Pacific Palisades, Calif. (hint: that’s pretty swank), earlier this week. She was 78. Pretty amusing anecdote herein as to how she was “discovered.” A formally trained ballet dancer, Craig would also land a role as “Onion Slave Girl” in an episode of Star Trek, another iconic show of that era. Craig, who later got into real estate brokerage, also appeared in a pair of films with Elvis Presley.

Sadly, what The King is really thinking about at this moment is how badly he is jonesing for a peanut butter and banana sandwich….which is actually quite good for you.

A few more thoughts on participation trophies before we go….

— The people on Twitter who chide you for spending too much time debating any issue (this, Cecil the Lion, etc.) because we should be discussing items of more gravitas and who then return to discussing their Fantasy draft or whether Oklahoma is a sleeper pick to win the Big 12 this season? Shaddup.

–If I have to pick between living in a country of people who don’t cotton to participation trophies and those who do, I am most definitely picking the former.

–A friend on Twitter made the argument yesterday that a trophy for a child at that age is positive reinforcement for sticking it out. Is there negative reinforcement for not sticking it out? Why are we rewarding people for not quitting? Isn’t that the baseline? It’s a little like Chris Rock’s great rant about African-Americans wanting credit for “what you’re s’posed to do!”

— In the end, isn’t a trophy supposed to represent an individual standing out from his peers? Isn’t it just that simple? If everyone gets a trophy, then no one does. And how does that translate to you loving your child any less than someone who does believe that his kid deserves a trophy for not being special?

Anyway, enough on that. Susie B., I’ll wait for your measured and succinct response.

Missed the anniversary, but 50 years ago last Saturday the Beatles played Shea Stadium (Don Draper took Sally; she was ecstatic). This was the 5th song of their brief, 11-song, 30-minute set. Because of the outrageous crowd noise and primitive speaker system, John, Paul, George and Ringo could not even hear themselves playing and had no idea whether or not they were in harmony or in time with one another. All those gigs in Hamburg must’ve helped here.

No way to just pick one emblematic Beatles song. We’ll have more later. But this has always been one of my favorites, a wistful tune that you can actually play on your six-string without too much effort. The below video was from April, ’65, at Wembley.

How big were the Beatles in 1965? This was the third of SIX No. 1 Billboard hits they had just in that year alone. Some people consider this John Wayne’s best western. Others consider it the best western. Still others prefer Marriott to Best Western. Who’s to say? It’s John Ford directing the Duke in Monument Valley, and the kidnapped girl is Natalie Wood. It’s a movie that pulls no punches about the harsh American west, and includes the most iconic closing image in western-dom.

So, yes, if you were paying attention, we referenced Bruce Wayne and John Wayne today.